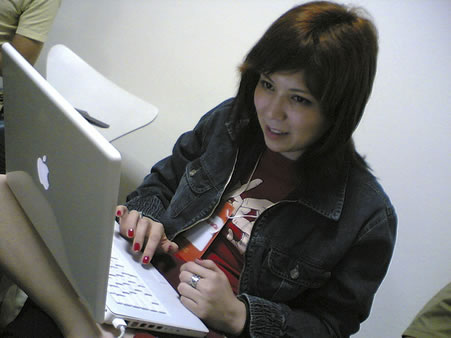 The first steps to learning a foreign language actually don’t involve speaking. You have to listen first and then you can speak. Your ears need to get used to the sounds of your new language. Listen first. Speak later. Most importantly, make it fun. Enjoy the learning process and you will learn much more!

1. Listen, listen, listen
Learning a new language means you have to change your key and tune. Dancing the cha-cha to waltz music is like speaking a new language while still using the rhythm of your mother tongue. Let yourself take in the sounds of the language as though you were listening to a new piece of music.

Even if you are just a beginner and barely know any words, you can still learn by listening. Pay attention to how people speak. Does it seem like they are reading a phone number or rattling of a list of numbers? Are they angry? Happy? Sometimes, you have to shut off your brain and inclination to interpret to analyze. Listen to the words spoken to you and listen to your intuition.

2. Relax and listen to music in the language you are learning
Find music in your target language that you like. It doesn’t matter if at first you don’t understand the lyrics, just pick music you like. You may start singing along without even knowing what you are singing. That’s fine. You are not only learning the rhythm of the language, you are learning new vocabulary

Relax and close your eyes. Turn off the lights. Lay down or sit in a comfortable position. Close your eyes and listen to the music. Don’t try to understand the words, just listen. You might fall asleep or daydream. Give yourself the time to simply listen and not do anything else. Your mind needs to be calm in order to absorb the sounds. Your ears need no other distractions to let them properly hear all the high, medium and low frequencies of the language. Do this regularly.

Your local library may have a foreign language CD selection. Large music stores carry foreign music sections and may let you listen to the music before buying.
– You can find songs to download for a cost at iTunes or Rhapsody.
– Browse music videos in the language at YouTube.

3. Listen to a local radio station in the new language 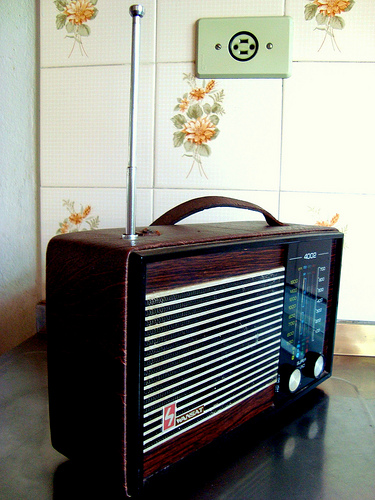 Don’t underestimate the power of the FM and AM bands on your radio dial. We may be in the Cyber age, but millions of people listen to the radio everyday for news, entertainment and music. In the United States, where millions commute daily in cars, the radio is a popular medium. Immigrant groups in the United States have many radio stations and broadcast in their native languages.

When you first start listening to radio broadcasts, the radio announcers may sound like they are emitting a stream or storm of sounds and not individual words. In time, you’ll hear familiar words repeated and will learn to distinguish them. Language teachers call this “acquired competence.” Like with the music section, you can actively listen to the radio attentively and take notes, listen to it in the background or just close your eyes to listen without straining yourself to understand. 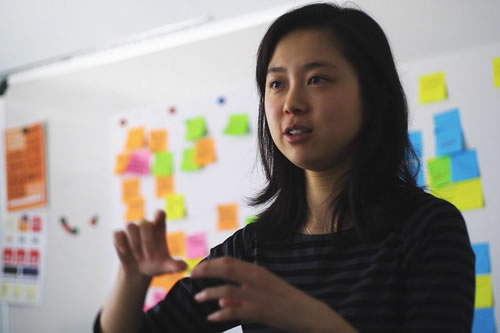 4. Watch television programs in the language
This may be the first time in your life when watching television is your homework. Take advantage of the opportunity!

Let’s say you are learning Spanish. You have found a local Spanish language TV station in your area or you are watching the national Univision news. Even without knowing all the words, you will be able to get the gist of some of the news reports. The images and video footage of events already tell you what the news announcers are talking about. Tune into HOW they are speaking and the words they are using to describe the images on screen.

Even if you can’t watch TV all the time, it’s all right to do errands around the house as you listen to the TV in the background. Think of the TV as background music like you would hear in a cafÃ© or restaurant. Even though it’s not at the forefront of your consciousness, your brain is still processing it and getting used to the flow of the language. Remember, we listen before we speak.

Extra bonus: Not only will you be learning how the language sounds, you will also be exposed to news you may not see on your local or national television news. If you are learning Mandarin Chinese and find a local television news station broadcasting in your area, you may learn a great deal about the Chinese community that you never saw reported in mainstream news. You will learn about what is going on in places where the language is spoken. It’s quite possible that the Italian news will have more news about other European countries than a news channel in the United States or Taiwan. So, keep your mind open. You are not only learning a language, but also another view of the world. 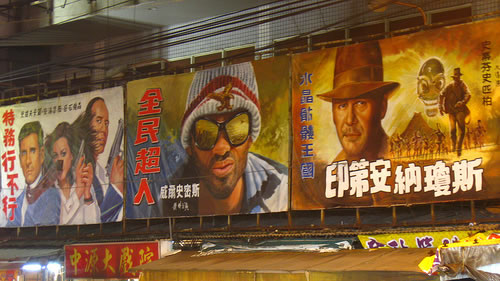 5. Find the original version of movies in your target language
NEVER WATCH MOVIES DUBBED IN YOUR LANGUAGE!!!

Watching dubbed movies is a cardinal sin when it comes to learning languages. You lose most of the cultural experience when you watch a dubbed movie.

Living in Europe, I wondered why the Scandinavians and Dutch had such good accents in English, while the French, Spanish, and Italians were known for their heavy signature accents. Northern Europeans start learning English earlier than the French, Spanish and Italians. But it’s not only their early start that gives the Northern Europeans their wonderful pronunciation. Their teachers are not native English speakers. So, they are most likely not acquiring their stellar accents from just their instructors.

The Scandinavians watch many English language television programs on their televisions and English language movies in their movie theaters, as do the Mediterraneans. However, the northern Europeans leave the soundtrack in the original language and just add subtitles in their respective tongues. The French, Spanish and Italians see English language actors speak in unnatural dubbed voices in their national languages. They are learning English in isolation from the sounds of native speakers. Learning a language in a vacuum is tough. You can let the world into your home by watching the original versions of movies, listening to how people really speak. Stay away from dubbed movies and TV programs!

A movie that’s mostly conversation and no movement, may be hard to follow. (The philosophical French movies fall into this category.) Action-packed Indiana Jones is much easier to understand than Hiroshima Mon Amour with the long scenes of just two people talking. Comedies may have a lot of jokes that will be hard to understand. Humor does not often translate well!

You can rent foreign movies at your local library. Look for cultural organizations in your neighborhood as they might have their own libraries with films from their native countries.

Many sites have a wide selection of international movies including Netflix, Hulu and Amazon.

If you want to just watch certain scenes from movies, you can look for them on YouTube. Just type in the name of the movie and some words pertaining to the scene you want to see

6. Learn on the go
You are busy. You want to learn Chinese while driving to work, commuting by bus or waiting at the doctor’s office. It’s possible.

You can find podcasts of language lessons for many languages that will allow you to listen and interact on your mobile device. A native speaker and language learner uses a conversational style to lead daily lessons in grammar, conversation, social customs, real life situations, stories, anecdotes, humor, mnemonic devices, etc. Students can print out lessons and flash cards from the website. There are also opportunities for students to study together online. Students can choose which topics they like best and customize their lessons.

Susanna speaks seven languages (English, Russian, French, Spanish, Italian, Portuguese, and Serbo-Croatian) with excellent accents because she learns languages like music. She has also studied Hungarian, Hebrew and Arabic. After teaching English in Argentina, Bosnia, and the United States, she realized how to make foreign language learning fun and easy through listening exercises and music. Susanna has written, Language is Music, with over 70 exercises and tips to learn foreign languages using music, TV, film, radio and other low-cost and free methods. She’s been featured on MTV online, the Filipino Channel, an NPR podcast program and MSNBC.