The Turks and Caicos Islands (TCI) are best known for their long white stretches of beach, remote location, and the clear blue Caribbean waters that surround them. Over the years they have become a prime resort destination, and it can now be a bit tricky to find the true culture, including the cuisine, of this breathtaking nation.

The TCI consists of two groups of islands: the Turks (the smaller group), and the Caicos (the larger group) east of Cuba and north of Hispaniola; geographically, the islands are a continuation of the Bahamas. The original inhabitants were, like in many countries in the Caribbean, the indigenous Taínos. The Spanish first sighted the islands early in the 16th century, and after being controlled by the Spanish, British, and French, the TCI were finally annexed by Britain as part of the Bahamas. 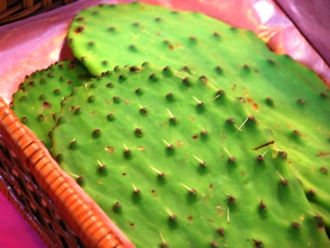 In 1873, the TCI became part of the Jamaican colony, and remained so until the mid 20th century. In 1976, the islands developed their own government, but since 2009 they have been under UK Government rule. To this day, the TCI remains a British Overseas Territory.

Due to the fact that the islands have been under British control for so long, their culture and cuisine is very similar to that of the Bahamas. Much of the food has to be imported to the islands, because of the location and size, but the TCI thrive on fresh seafood. Queen conch (the national dish) and spiny lobster are abundant, as well as many other types of sea fare; aside from fish, beef, chicken, and pork are also used in many dishes.

Hominy (grits), peas and rice, Johnny cake, or vegetables are usually served alongside the main portion of the meals. Dishes are often flavoured quite a bit with local spices, and are heavily influenced by the Caribbean nations around them. Hominy is a staple in the TCI, like it is in the southern US, and is often flavoured with ham, peas, or dried conch. Traditional dishes/ingredients include: ginger bread, okra soup, conch chowder, jerk chicken or pork, bread pudding, rum cake, corn, potatoes, pear cactus, sweet potatoes, cucumber, and cabbage.

Do you have a favourite dish from the Turks and Caicos? If so, let me know! Don’t forget to check out the Recipe of the Week, coming up on Wednesday.