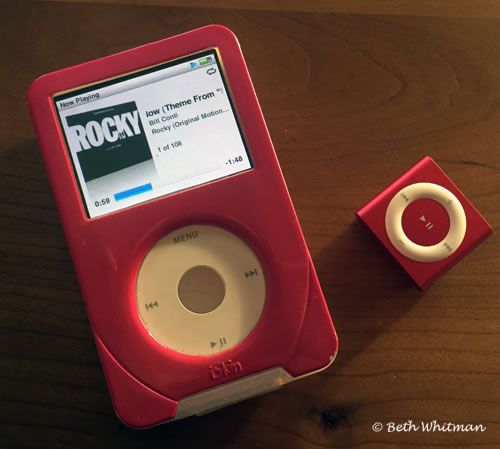 I can’t run without my iPod. Well, I can and do. At least on some short runs. But for distance, I either listen to podcasts or a playlist of upbeat music.

I recently got this adorable iPod Shuffle (thanks, Santa!) and have been loading it up with podcasts, but until I figure out how to transfer my marathon playlists from my iPod Classic to the Shuffle, I’m using this big guy (which has something like 10,000 tunes on it).

If you don’t already know, once upon a time I was a DJ. That’s what I wanted to be when I grew up. After spinning tunes at and also managing my college radio station, I worked in radio for a bit after I graduated. That is until the travel bug hit and I realized you couldn’t make any money in radio. Well at least not enough to travel!

So, with my roots in music, I enthusiastically added songs to my running playlist throughout 2015 in preparation for the Honolulu Marathon (which I successfully completed in December). When it came time to finalize the music, I realized I was a bit short of tunes and didn’t have enough to get me through the time I’d be running: at least 4:30. So I needed to load up on more songs.

I asked my Facebook community to make some recommendations. You all came up with some fantastic suggestions. If I didn’t already have the tune, I listened to your ideas and added anything I thought would be a good pace for the marathon.

Loaded with enough tunes to last the duration of my marathon time, I couldn’t just have the music on 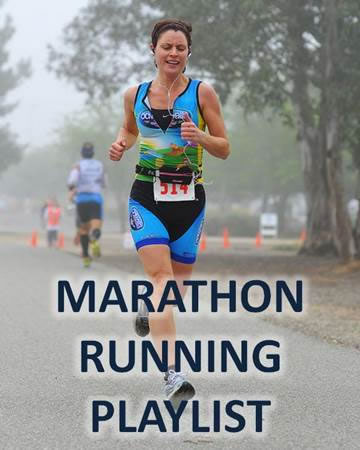 shuffle. Like a good DJ, I had to plan it out song by song, estimating as best I could when I would want which songs during the marathon.

Marathon training side note – When you’re training for a marathon, you build up your miles during the months preceding the race. Then a couple of weeks out, you start to taper your miles, running less per week. This gives your body the chance to recover from your long runs and prepare it for 26.2 miles.

I used this philosophy with my playlist. In the weeks leading up to the marathon, I tapered my music and stopped listening to it on my runs. I figured that way it would all seem fresh to me and I’d be excited to hear music after a hiatus that lasted a couple of weeks. I think it worked! I was pretty stoked to be rocking out again.

It was somewhere toward the end of this list that I finished the marathon but I couldn’t tell you exactly when.

Often when I do my long runs at home, I have to take my earbuds out and just have silence, particularly toward the end of that run (at mile 18 on a 22 mile run, for example). But I needed all the music I could get for the Honolulu Marathon and appreciated the fact that I had all these great tunes lined up.

Hopefully you’ll find some workout gems here for yourself.

And I’m totally open to new songs myself as I’m always tweaking on my playlist. If you have some suggestions, please share them!