It’s time for the recipe of the week! I’ve got another blast from the past for you as we head back to take another look at Costa Rica. While I featured a delightful cocktail (El Macuá) as Nicaragua’s Recipe of the Week back in July of last year, today I am sharing a recipe for […] 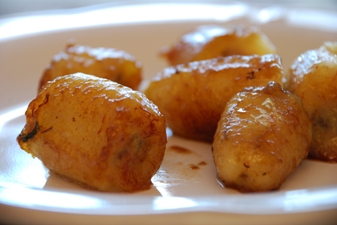 Panama is the country that separates Central America from South America – and its cuisine most definitely stands out from its neighbouring countries. Focusing on fresh, Caribbean flavour instead of spice, Panamanian dishes are jam packed with seafood, fruits and vegetables, coconut, and culandro – an herb similar to cilantro. Though there are endless amounts […]