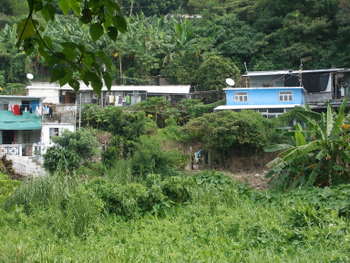 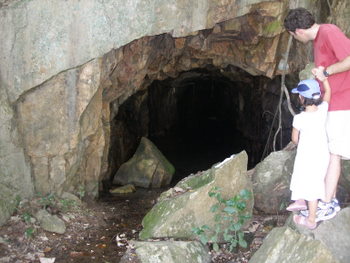 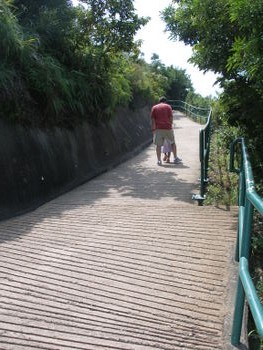 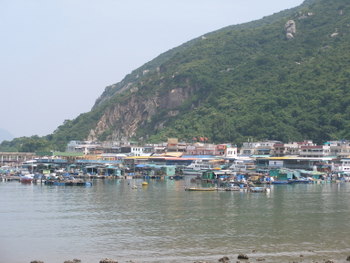 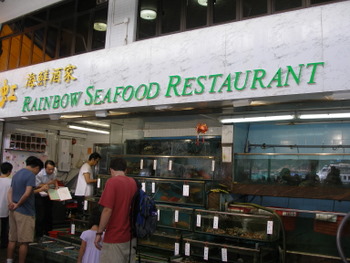 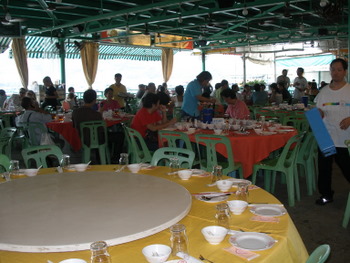 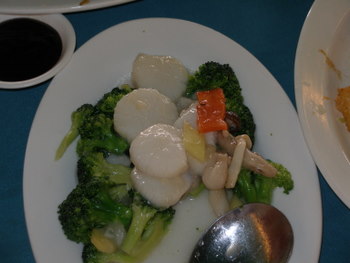 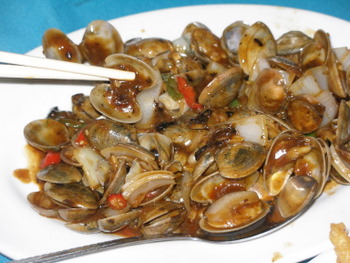 For the Chinese National Day holiday, we went to Hong Kong for a week.  We were immediately reminded of how much we love this stunning city and commenced with all of our favorite activities upon arrival.  The first morning, we took advantage of the pleasant weather – 80 degrees with a cool breeze – to hike across one of the outlying islands, which can be reached via a short ferry ride from central Hong Kong.

I grew up hiking in the Cascades, and I have to admit that it took me a while to get used to Hong Kong treks.  Initially, I wondered if one could enjoy the hiking experience when the trails were all paved.  And then I pondered whether or not, really, it were indeed hiking when, on occasion, an urban landscape would appear in the distance.  Over the years, I have not only become accustomed to hiking in Hong Kong, I have come to love it.

There are many unique features of a hike in Hong Kong.   One often takes a cab to a trail head, for example.  The hills provide an excellent work out and also remarkable ocean views.  The paths are indeed paved and scored, but this means people of all ages can enjoy a walk in the countryside.  But the best part, by far, is not the views, or the trails or the swimming along the way.  No – the real highlight is the seafood restaurant that always appears – out of nowhere – at the end of the walk, usually right on the beach.

On our first day back in Hong kong, we decided to embark on the child-friend hike across Lamma Island.  With a six year old, it takes about 90 minutes – and with a stop at the local beach for a refreshing swim – a couple of hours.  Half way there, as we ascended the highest point on the walk, we happened upon an old man selling Popsicles, which helped to motivate a certain little someone for the remainder of the journey.

Toward the end of our walk, we passed two grottos about ten meters wide and several meters deep.  The nearby sign tells you that locally, they are called kamikaze caves because during World War Two, when the Japanese inhabited the area, they planned to use the grottos to house speedboats, which would launch suicidal attacks when allied ships passed.  Fortunately, the war ended before this particular  plan could be executed.

The Lamma walk is one of the more urban in Hong Kong.  Once one passes the caves, a strip of seafood restaurants emerges as does a cityscape of Hong Kong Island’s west side.  When we reached our destination, we chose the well-known Rainbow restaurant for lunch and enjoyed salt and pepper squid, clams in black bean sauce, the signature fried rice, and broccoli and scallops.

Locals approached the fish tanks to hand pick their fish, but we put our luck in the hands of our waiter, who served us well.  Completely sated, we boarded the Rainbow’s private ferry (free of charge for patrons) and returned to central Hong Kong, satisfied with our outing.  Of course, the air wasn’t as fresh as in the Cascades nor was the path as clean.  On the other hand, you just can’t beat the reward at the end.