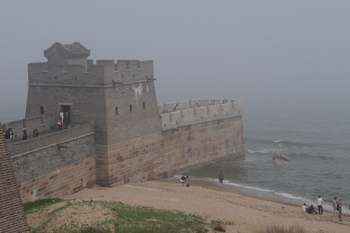 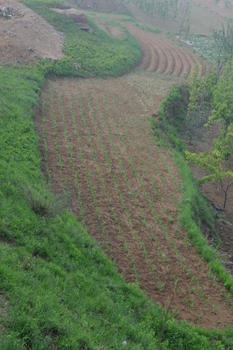 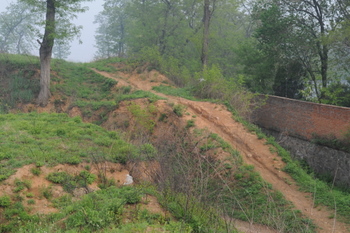 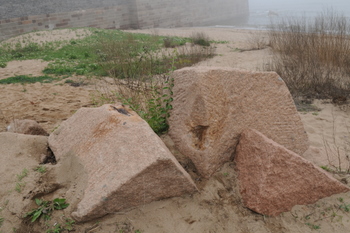 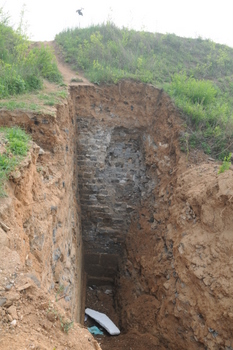 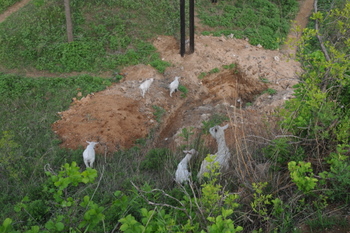 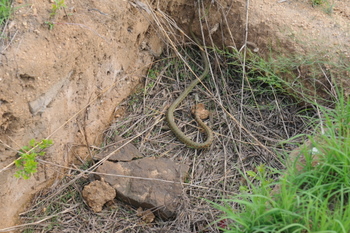 One of the more interesting places to visit The Great Wall is where it meets the Bohai Sea in Shanghaiguan about two hours from Beijing.  A sign posted at the fully restored Dragon’s head – the piece of Wall that actually extends into the Sea – informed us that this was the eastern starting point of the Ming Dynasty’s Great Wall.  It also marks the confluence of mountains and ocean making it a critical defense point throughout China’s history.  More interestingly, another sign informed visitors that the original wall was built from a mixture of glutinous rice soup mixed with sand, earth and lime.  It seemed fitting that the Wall was partially constructed of rice, which remains so important to Chinese people and culture.

While the restoration of The Dragon’s Head makes it a picturesque spot, it also feels a bit overdone and one expects to see Mickey Mouse at any moment.  The true attractions in m view are the pieces of Great Wall that have yet to be restored and could be mistaken for simple earthen mounds.   If one drives a few blocks north of The Dragon’s Head, he can access a trail and walk these rustic paths atop the old wall.  There he can observe how the Wall has been integrated into rural life – as a divider of fields, a place to grow crops, and a grazing area for animals.  Of course one must beware of  the occasional snake.

We strolled this fascinating piece of Wall – a mix of old and new China – for 45 minutes or so – we could have gone or much longer.  Along the way, we saw what seemed to be newly placed markers and partial excavations.  It’s likely that sometime soon these earthen mounds will be renovated into tourist-friendly Wall walks, which led to mixed feelings on my part.  The Wall is certainly a national treasure which should be looked after and seen by as many people as possible.  On the other hand, the overgrown pieces of Wall are a fascinating sight and it would be shame to lose them.