One of the surest ways to get a peek into local culture is to cross the street. While this may sound strange, every country (and sometimes down to the city) has unique street-crossing methodology, ranging from the orderly to the chaotic. It’s up to you, intrepid traveler, to pick up on how locals cross the street and jump into the fray. 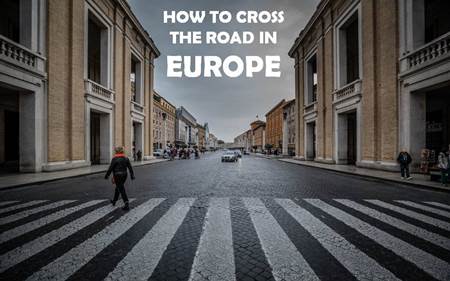 Crossing the street in Rome is an exercise in survival skills. Scooters, cars, bikes and utility vehicles barrel through crosswalks with very little concern for pedestrians. The light is red? The walk light is green? Most drivers think – meh! If you hesitate, they’ll take their chances and run the light. Despite this, locals stroll across streets with confidence. Predictable speed is what’s most important here. Scooters will scoot around you and they can’t do that if you hustle or start and stop. Take a deep breath, wait for some locals to make the trip across the street with you, and strut yourself to the other side (but of course, be aware of what’s around you). 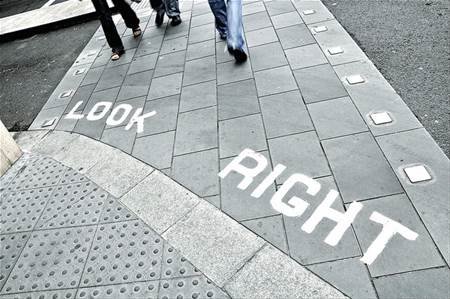 Traffic drives on the opposite side of the road in the UK, which means most American travelers instinctively look the wrong way when they cross. This was such a problem that crosswalks in London and other cities now have instructions painted near the curb on which direction to look before you cross. 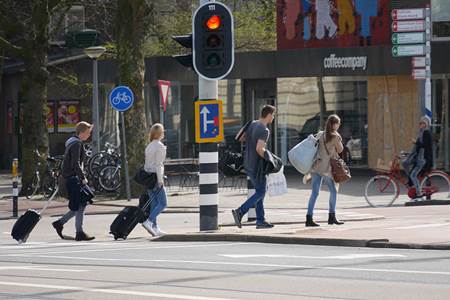 More than one third of Dutch people use bikes as their main form of transport. The result? Bikes. Lots and lots of bikes! Bikes in numbers the likes of which you’ve never seen before! In all of the Netherlands, keep an eye out for bikes when you cross the streets, but in Amsterdam it pays to be especially vigilant. Each and every crosswalk in Amsterdam will be a dastardly dance of cars, bikes and you. There’s a magical flow to the madness, but until you learn how to go with this flow, look both ways for bikes and cars. And then look again. 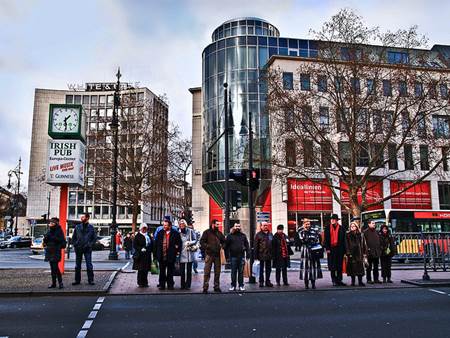 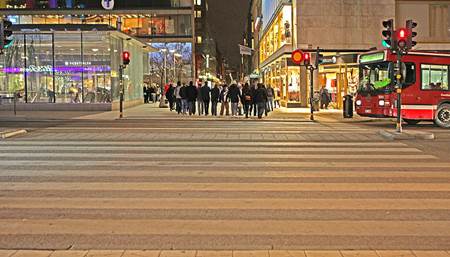 Cross with wild abandon at crosswalks in Sweden! Swedish streets are some of the safest in the world due to traffic management, better crosswalks, lower speed limits and other methods to make sure pedestrians have a great chance of survival when they make that monumental decision to cross. 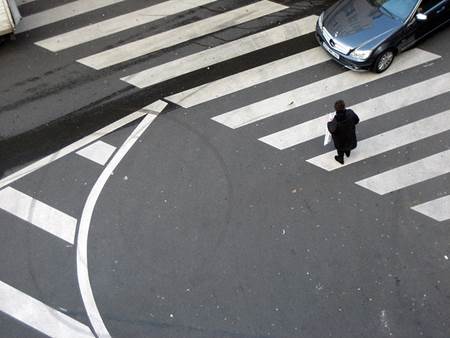 The general rule of everything in Paris is–look like you don’t care. This rule applies to crossing the street too. Parisians cross the street before the walk light turns green. Cars and scooters take this as a challenge and may charge the intersection before ultimately coming to a stop. If you’ve got any obvious signs of tourist-ness on you (i.e. fanny packs), expect little sympathy from motor vehicles of all shapes and sizes. But if the light is green, stick to your guns and look like you don’t care (and, as always, keep an eye on any charging traffic to be sure they’re actually coming to a stop before you walk in front of them). 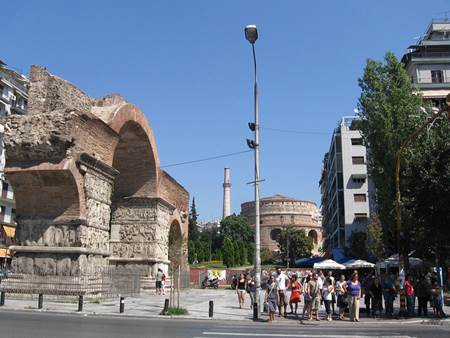 Always cross carefully in Greece. Traffic lights and crosswalks are no guarantee that there isn’t a scooter about to zip past. Start your careful journey on the sidewalk since scooters driving on sidewalks aren’t uncommon either. Cars sometimes park on the sidewalks too. All in all, heads up!

Of course, crossing the street anywhere mostly comes into play if you’re hoofing it across town. You could take matters into your own hands entirely and rent a car. Then YOU have the power!