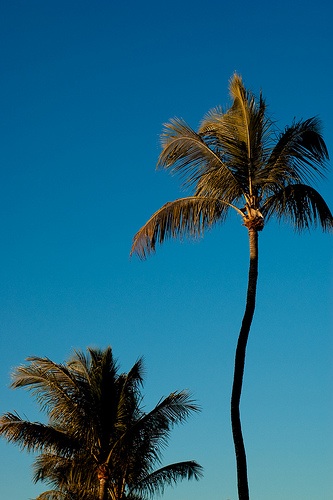 I have flown from California to West Palm Beach, Florida, and the moment I step outside from the airport in the middle of the night, the humid air covers me with its sloppy, gratuitous kisses and the warm breeze brings back a rush of unwelcome memories.

A group of men are standing at the curb by their taxicabs, all of them black-skinned and talking in musical island accents, and one of them drives me to the hotel, where I lie awake in the dark remembering other times I have been to Florida. Bleak sunlit parking lots. Palm trees in rain. A lonely house fallen into sad disrepair. I avoid Florida now. It’s a self-protective instinct. But sometimes we travel to see people, not place, and I am here to visit a lifelong friend who has been struggling with cancer.

The next morning is Sunday, and at my friend’s request, we go to church together. Ladies with powdered cheeks and lined lips smile and greet us as we enter, and a white-haired gent hands us a bulletin, and we take our seats in a bright airy sanctuary where all the proceedings at the front are projected on a large video screen above the altar. There are many welcomes and affirmative handshakes, and children in turquoise robes make a joyful noise as they enter singing and waving palm fronds. A pastor with the demeanor of a neighborly insurance salesman talks of God’s love in a broken world, and I am hoping to hear one of the old traditional hymns, but the choir sings contemporary Christian music. “It’s what they call a blended service,” my friend explains afterward, somewhat apologetically.

For a moment I think she said a “blander service”, which it certainly was. I would also say it was bleached and benign. And to give it the benefit of the doubt, maybe it was even blessed, and certainly a positive force for many, but I have feltÂ blessedness with greater certainty in the church of the outdoors. I am glad I went, though, for it’s cured me of the misguided notion that I might find some greater connection to God through the community of a church. For many years I drove to churches on Sunday mornings, and I would sit at the back and at the edges, trying to be inconspicuous, testing the waters, seeking a house of worship 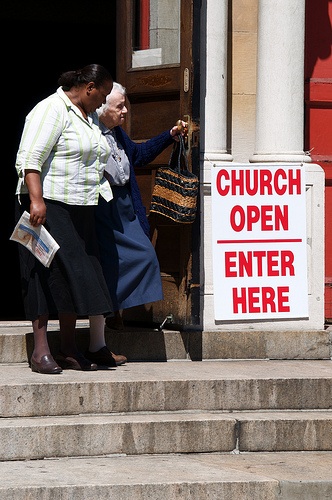 where I felt I belonged. Now I remember why I stopped.

And I think about a certain sandstone cave near home from which I can see the sea and the contours of the hills, upon whose walls are still visible the fading red spirals and sunbursts painted by those who came here long ago and where the windblown sand that covers the ground is as cool and soft as talcum powder. I think of the time I stood with friends beneath the sycamores in the canyon when the sparkling percussive music of the universe encircled us, the sound of rain on leaves. It was a sound like whispers and rustling rising to applause, a sound like tambourines and laughter, a sound that quenched a thirst we didn’t know we had. It was sudden and secret and it quickly passed, but we knew we had been blessed. I have known churches, you see.

My friend and I settle at a table by the hotel pool the next day trying to establish a private corner in which to talk. Our view is dominated by a big-bellied man whose bathing trunks are sitting well below the crack of his ass, but it’s a benign form of visual pollution until he approaches what we have naively begun to think of as our table, sets down a bottle of cheap champagne, and begins to chat. He has a loud voice and a personality that is somehow both affable and aggressive. He tells us he has been living in Lynchburg but is looking to buy a place here in Palm Beach to retire in.

As though on cue, his real estate agent approaches, a woman with bleached blonde hair, skin suntanned to the texture of jerky, and a cigarette between her lips. The guy pours her champagne and offers some to us. We decline.

“I refuse to die in Lynchburg,” he continues. “I’d rather die here in a storm than up there in nice weather.”

Another woman comes by, and another guy, and more champagne is poured, and cigarette smoke is curling around our faces, 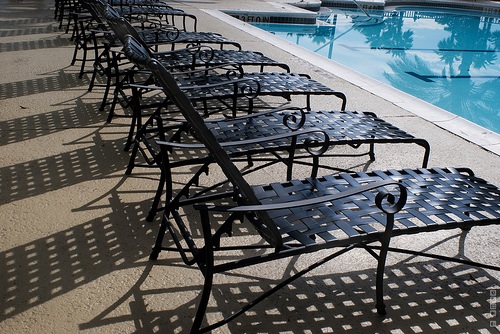 and the volume is escalating, and finally my friend and I retreat in defeat, unable to hold our claim to the corner that was ours.

It’s okay. Our best conversation happens unexpectedly, in the middle of the night, and I hate that it is precipitated by her waking up in pain, but that’s the truth of it. It’s the tumor at the base of her spine. She doesn’t like to take the medication unless she really needs it, but by the time she really needs it, the pain has gotten fully entrenched. I switch on the lamp on the nightstand between our beds and a small circle of light envelops us and we talk.

Did I tell you that we have known each other for over forty years? It makes us sound like old ladies, but we were in junior high when we first met, and to be honest, we didn’t even like each other back then. We met again in college, and that’s when our friendship really began.Â It’s a long story, with twists and turns, including long stretches when we lost touch, but we have always reconnected, whether by chance or intent. Some friends walk together for a part of the journey, but some friends bear witness to the overall trajectories of one another’s lives.Â With us, it’s been the latter.

And now we are in a hotel room in Florida in the hours before dawn remembering who we were and grateful for who we have become.Â But my friend is in pain and there is nothing I can do.

“I hate to see you suffering like this,” I tell her.

“Suffering? This isn’t suffering,” she says. 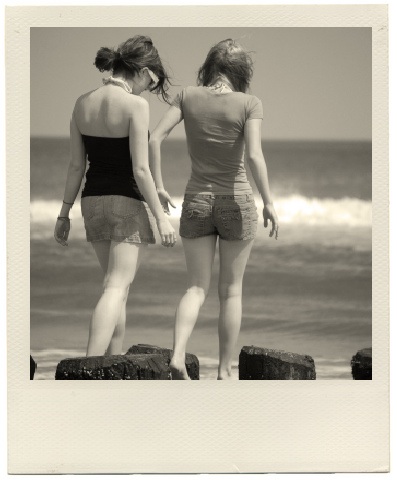 There are so many things I haven’t told you about my friend. She is a pastor, a calling she heard and followed during one of the long periods during which we were far apart and seldom in contact, and she used to work in a hospice center. She has seen people writhing in agony that drugs could not assuage, crawled next to them in bed and held them. Her own pain is manageable: the medication is kicking in, her face relaxes, and she begins to unfold like a blossom in the pool of warm light. She has borne this cancer for years beyond what doctors allotted her. She tells people it’s a God thing.

We eat almonds and cheese and slices of pear. We talk about our husbands, who are such good men. We talk about how much we love the thrift stores in this part of Florida where those fancy ladies who have moved here from New York deposit their designer castoffs, though maybe not so much now, with the economy as it is, and we talk about the things that need fixing and the values that were slipping and how hard our fathers worked.Â We talk about what we believe, and what life has taught us. Then she reads to me from a book the perfect thing to say when someone asks you how you are doing: Aqui en la lucha.Â Here in the fight.

It is and ever was an unfair struggle. And certainly it is up to each of us to alleviate some small share of the world’s collective misery. But at the same time is it not gracious to accept happiness when it is offered? And are we paying attention? Have we learned from our mistakes? Did we ever imagine it would all go by so fast?

The thread of this conversation began to unspool forty years ago. We pick it up every now and then and continue it with the same fervor we always had. It’s a wondrous thing, really, how we update, and question, and confirm.

And we’re still here. Here inÂ the fight. Here in the light.

By now we are sleepy, and a tropical breeze is ruffling the blinds and the decades of our lives and our beds are like little white boats in the Florida room lit with lamplight and blessings and my heart is filled with thanks like a prayer in a church.

Cynthia Carbone Ward began life in Brooklyn, New York and now lives on a cattle ranch on California’s central coast, a fact that reaffirms her belief that life is both grand and unpredictable. She is the author of aÂ book for teachers, How Writers Grow, published by Heinemann press in 2006, and an essayist whose work has appeared inÂ theÂ Santa Barbara Independent,Â Voices in Italian Americana, andÂ The Brown Literary Review, among other venues.Â New to empty nesting and recently retired from teaching, Cynthia is still trying to figure out what shape her life should take from here, but she is hopeful it will encompass some travel and adventure. You can follow her blog at Still Amazed or visit her website.