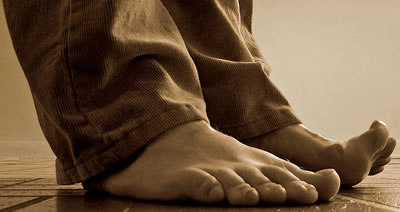 I call him the shoeless Mexican.

Clearly that is not his real name. I don’t know his name, or anything else about him for that matter. To be honest, his name isn’t really all that important to me since it’s extremely unlikely we will ever cross paths again. And if by some bizarre circumstance we ever do, I’m fairly certain I will just smile and walk by, seeing as I don’t recall his face.
But I remember everything else.

The last three days had been scorching hot, causing the blisters covering my entire backside to fester and burst at random intervals. Inadequate sunscreen coupled with epidermal neglect had left me with sunburn so severe, it felt as if I was only a tanning minute away from spontaneous combustion. Abandoning all prior intentions of spending my holidays in nothing but a variety of attention-grabbing bikinis, I was confined to muumuus and other unflattering items of clothing guaranteed to provide both maximum coverage and minimal contact against my swollen skin.

Even if I did happen to self-ignite, it would have to be done outdoors. After all, I was in sunny Puerto Vallarta, and it would be ludicrous to waste one minute of my precious vacation sitting in our shoddy room, even if it did mean a potential skin graft or two. Besides, it was expected this time of year. Canadians flocked to the beach during winter to escape the bitter cold, not in mid-July, the heat unfathomable for those accustomed to spending a good six months of the year in turtlenecks and down-filled jackets. Since my sister was a starving student and my paltry income wouldn’t get us very far, we had to settle for the most budget-friendly time possible, an uncomfortably warm vacation better than no vacation at all. 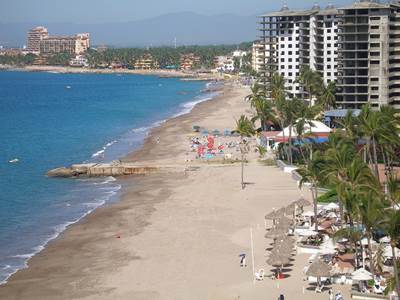 I loved everything about the town–the beach, the laid-back attitude of the locals, the siestas and fiestas–it was all such a welcome respite from home, where people did little more than obsess over deadlines and their daily to-do lists. If it wasn’t for my painful sunburn and the homeless guy who’d been loitering outside our hotel since we’d arrived, I’d never want to leave.

He’d made himself at home under the small palm tree near the front entrance, positioning himself in such a way so he could take full advantage of what little shade it provided. Almost every day he’d been there, wearing that same grungy brown cotton t-shirt with the sleeves ripped up the side and front collar seam split to chest level. His tattered shorts were held up by a piece of twine, and his filthy bare feet revealed a set of mangled toes most likely caused by years spent devoid of adequate footwear. The hotel staff said there was nothing they could do about it since he wasn’t accosting the guests, nor was he technically on their property. In fact they seemed to take pity on the man, greeting him with a smile and a nod as they walked by, and even bringing him napkins filled with tortillas from the restaurant every so often.

Poverty scared me. I had grown up in a somewhat sheltered, middle-class bubble, where vacations consisted of a week spent at youth camp or four days in Las Vegas, my parents hitting the tables while my sister and I entertained ourselves at Circus Circus. The homeless didn’t frequent our neighborhood, and whenever I did happen to travel outside my comfort 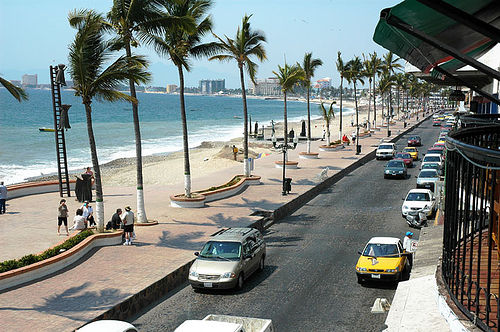 zone I would avert my eyes, accelerate my pace and more often than not, act as though they simply didn’t exist. I associated these people with drug addicts and criminals, because in my mind every mentally stable, law-abiding citizen was capable of finding a well-paying job. And if not, there was always social assistance–whatever that was.

Here in Puerto Vallarta it was even more of an issue, not that you’d notice much if you didn’t plan on veering off the tourist path. When we’d first arrived, the bus ride from the airport revealed that beyond the affluent neighborhoods–boasting a myriad of charming houses and children splashing each other while they ran through the sprinklers–a completely different community emerged, one with dilapidated tin shacks positioned along the ditch and children in ratty clothes playing baseball, using rocks and a stick instead of balls and a bat.

On this one particularly day, it was still pretty early, so I decided to go out and grab some breakfast for my sister and I. She wasn’t a morning person, and I knew that the longer I let her sleep the less irritable she’d be later on. As I walked down the steps and towards the street, I was so distracted by the heat radiating off my body that I had forgotten all about him.

I tried to ignore him. I quickened my pace and acted as though I was either oblivious or hard of hearing.

I realized he wasn’t going to let up until I turned around, so I stopped, took a deep breath and mentally prepared myself for the worst. Thankfully I noticed other tourists in the vicinity, people I could call out to for help if he tried to attack me.

I turned my head slightly, so as to not give the wrong idea. The last thing I wanted was for this guy to think I actually felt comfortable being forced to acknowledge him. Without making eye-contact, presuming I knew what he was going to ask, I reached into my shorts to pull out the spare pesos I had lodged in the corner pocket. Just as I succeeded in wheedling out a coin, he reached out and put his thin fingers lightly on my arm as a signal to stop.

He opened his other hand to reveal a small white plastic container. It was awkwardly positioned in his calloused palm, which evidently hadn’t seen a washcloth in months.

He unscrewed the lid of the container, revealing a thick white creamy substance. He pointed to the back of my legs, which by then had become so red and blistered I looked like a burn victim. Recognizing that I still didn’t grasp what he was trying 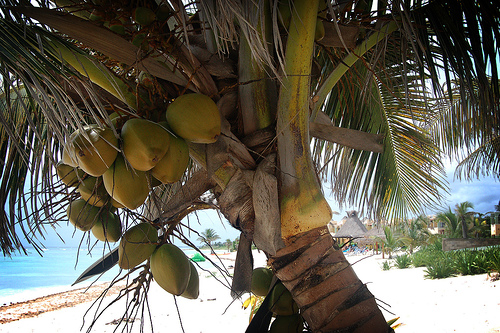 to say, he replaced the lid, gently lifted my arm, and placed the container in my open hand. He whispered something to me in Spanish, his voice calm and soothing, and even though I didn’t understand his vernacular, I knew that whatever he said, it had nothing to do with my spare pesos. He then smiled at me, turned around and limped away.

I stood there on the side of the road, frozen stiff and unable to speak. By the time the feeling of numbness had disappeared, so had he.

I spent the rest of my vacation reliving the incident on the street, loitering outside the hotel in the hopes of seeing him again, to offer some sort of monetary repayment or do something to thank him for his compassion and apologize for my unforgivable behavior. When that didn’t happen, I spent the entire month afterward organizing and donating material goods I deemed overly extravagant, determined to live a more altruistic life.

Unfortunately, as we all know, memories fade over time, and just like I discovered three weeks into my New Years Resolution–to hit the gym six days a week and renounce my beloved Doritos and salsa–old habits die hard. But still, it’s funny how a lifetime of perceptions can evaporate in a single moment. How the people you once thought of as burdens to society suddenly become the ones you spend the rest of your life trying to emulate.

Currently the world is suffering from an economic crisis, a recession unlike anything most of us have ever experienced. Some of us live in fear of our financial stability being threatened, whereas others are unable to maintain the standard of living they have become accustomed to over the years. I wish I could say I’m immune to these fears myself, but of course I’m not.

But unlike the man under the palm tree, I was lucky enough to have seen a before. And even luckier to know there is an after.

People ask me why I spend my summers at work, accumulating vacation and overtime while my co-workers enjoy long weekends and camping trips with the family. They wonder why I choose to spend the Christmas Holidays studying Spanish and volunteering in some random Latin American town, instead of staying home with my family, decorating the Christmas tree and gorging on turkey and baked goods.

“Why are you so fascinated with that place?”

I call him the shoeless Mexican.

Rebecca Cardwell is a Freelance Writer/Editor from Calgary, Alberta who has been studying Spanish and volunteering throughout Mexico and Central America for the past five years. She specializes in travel and humor writing, and her stories have been published in On a Junket Travel, Happy Woman Magazine, Glossy News and Humorpress.com. She is currently working on her first travel novel, entitled “Across Latin America–One Verb Conjugation at a Time”. You can also check out her humor website, at www.justmakingconvo.com