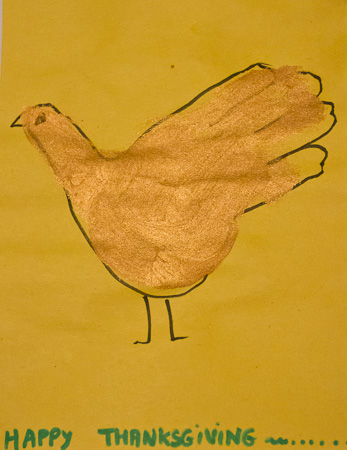 For many years I spent Thanksgiving solo. After I graduated from high school, I left home, went to college, and then moved 3,000 miles away from my family. I spent many-a-Thanksgiving as an “orphan,” wandering from household to household. Here are a few glimpses from some of my more memorable orphan Thanksgivings:

“Kentucky-themed” Thanksgiving: Suffice it to say that most of the dishes contained bourbon. But the turkey—oh that mouth-watering turkey—the best I’d ever had. I talked about that turkey, dreamt about that turkey, for years, until I met Big Papa and we made it ourselves: brined turkey smoked on wood chips and glazed with maple syrup. In my (very biased) opinion, there is no finer way to cook your bird.

Gourmand Thanksgiving: How can you go wrong when your two hosts are chefs? Hand-made knotted dinner rolls that melt in your mouth, every dish cooked to perfection, each course perfectly paired with something to imbibe. It was like I had died and gone to Thanksgiving heaven.

Vegetarian Potluck Thanksgiving: My hosts did not eat meat. Nor did they want meat cooking in their oven. One of the guests—who could not envision Thanksgiving without turkey—cooked and carved a turkey, and brought it over for dinner. I believe I remember some discussion about whether it could be reheated in the oven, and I do not recall how that debated ended. But in the end, those of us who ate meat had our bird.

The family-who-were-thankfully-not-my-family Thanksgiving: I had Thanksgiving at a friend’s house. She was married. They were well off, and their home had an amazing view. Her tony and well-coiffed mother was visiting from California. Our meal was elegant and delicious. There may have been other guests. I do not recall. What I do remember were the heated arguments between my host and her husband…all evening long. They are no longer married.

Hollywood Thanksgiving: One year, I was dating a guy who worked in the film industry. He was filming a major movie in California, and I flew to visit him on several occasions. One of those occasions was Thanksgiving. We headed to a remote mountaintop near Santa Cruz to have dinner with the family of one of his film-industry friends. If I remember correctly, our host was the friend’s uncle and a movie producer. Both the friend’s mother and grandmother attended. When we arrived the air was filled with a haze of pot-smoke. The hosts were all stoned, and the friend’s mom forgot to put the turkey in the oven. We sat around a large table and people passed a pipe around. Everyone took a hit, except me. Everyone. Including grandma. Grandma regaled us with stories of the days when she lived in San Jose and took her pet Wallabies for walks in the neighborhood. Neither apple nor pumpkin pie was served for dessert. However, pot brownies were.

Wine Country Thanksgiving: Okay, I wasn’t an orphan, but Big Papa and I spent two non-traditional Thanksgivings in the Willamette Valley, wine country. We stayed at a B&B, ate Thanksgiving dinner out a restaurant, and spent the rest of the weekend tasting wine at dozens of regional wineries, many who only open over Thanksgiving weekend. No fuss, no muss and a few caseloads of wine made for a relaxing holiday.

These days, my Thanksgivings look a tad more traditional. Big Papa has cousins who live thirty-minutes south of us. They like us and we like them. For the past two years, we’ve converged for Thanksgiving dinner. Everyone makes a few dishes (I bring Cinnamon-clove ice cream, herbed goat cheese, and a bottle of wine). We sit around, chat, laugh, eat, drink and fawn over Baby Bird, and I feel thankful—so very, very thankful.

Wherever you are spending your holiday, whatever might be on your table, and whoever may be by your side, may you enjoy a day of thankfulness: Happy Thanksgiving!