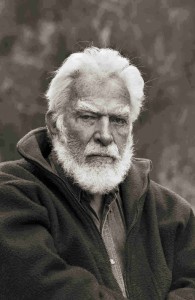 Some of you may not have ever heard of him. But if you’ve ever enjoyed a rafting trip down the Colorado river through the Grand Canyon, or walked in awe among some of the largest trees in the world in Redwoods National Park, you have Martin Litton to thank.

Martin grew up in Northern California and was an avid outdoor enthusiast from a very young age. He became involved in environmental projects in the 1950s, when he was first introduced to David Brower, founder of the Sierra Club. They fought fiercely to oppose the Echo Park Dam in Dinosaur National Monument in Utah, a fight in which they won in 1956. He then went on to fiercely oppose the Marble Canyon Dam construction on the Colorado river, a dam which would have flooded a good part of this magnificent wilderness.

An impassioned writer, he was the travel editor of Sunset Magazine between 1954-1968, and the author of The Life and Death of Lake Mead. He was featured in many notable articles and films as well, including The Old Man and the River and The Good Fight: The Martin Litton Story. His legacy will not only carry on with his conservation efforts and words, but also his contribution to whitewater boating. 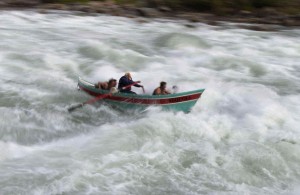 first floated the Colorado in 1955 with his wife, joining the ranks of only a few hundred that at that time had ever been down the Colorado. On his second trip down the Colorado he rowed a small, fiberglass boat, which moved through the water very differently than a large rubber raft. Through the years he perfected the design of the smaller boat, leading to the creation of the dory. He founded Grand Canyon Dories in 1971, which took passengers down the river in these smooth, low-to-the-water crafts, providing a different experience than running the river in larger, more cumbersome rubber rafts. He continued running these dories through the Colorado during the 1970s and 1980s, and still today, these dories remain the best way of experiencing the Colorado and Grand Canyon in all its’ splendor.

“What is wilderness? It’s mankind’s acknowledgment that there is a higher value, a higher purpose. It ceases to be wilderness when we’re here. But we are its stewards. It is vital to our souls. It is the source of much of our inspiration.” -Martin Litton