Kosher wine beyond Manischewitz? Before traveling to Israel, I thought Manischewitz was as good as it gets for Kosher wine. And let’s face it – it’s like the Catholic’s communion wine, good for one purpose and one purpose only – religious ceremonies. 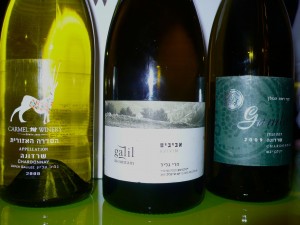 About a decade after the wine revolution in California, since the 1980’s, Israeli Kosher wine has quickly been evolving into an art form.

Many are even winning awards. For example, in 2007, Robert Parker‘s The Wine Advocate awarded 14 Israeli wines 90 points or higher out of 100.

Since the late 1960’s, when Carmel Winery made the first dry wine breaking away from the typical sweet Kosher wine of the past, there are over 260 Israeli wineries and many are Kosher boutique wines made on a Kibbutz.

I had Kosher wine every night of my eight day trip to Israel and had to know – what makes it Kosher?

Here are the Kosher regulations to be able to seal it with a K for Kosher: 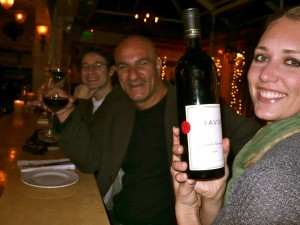 Recanati Wine – Head winemaker, Gil Shatsberg, is a graduate of the Viticulture and Enology Program at the Davis University of California.

The Atlantic article, “Why People Drink Sweet Wine on Passover”