Home / Culture / Endangered Places: Italy’s Cinque Terre
« Party Like It’s 2012! A Festival for Every Month of the Year |
Main
| What IS sustainable travel, anyway? » 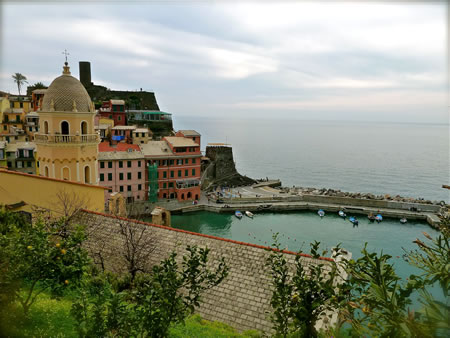 If you’ve been there, or even have just watched Rick Steves scamper along its hiking paths, you already have a feeling – Italy’s Cinque Terre is a special place.

This small region of five historic villages clinging dramatically to Italy’s gorgeous Ligurian Coast ticks all the travel boxes: undeniable natural beauty, a relaxed pace, and striking traditional villages that have hummed along tucked in the rocky folds of the coastline for over 1,000 years.

Naturally, such a gem of a place has not been lonely for visitors. Tourism in the tiny towns of the Cinque Terre has boomed dramatically over the past decade, and the region now hosts over 3 million visitors annually. And, as is so often the case when tourism explodes like this, it’s brought it’s share of complications too; the simple way of life is threatened by the thunderous hooves of the tourist dollar.

Recognizing its value, UNESCO named it a World Heritage Site in 1997. Then, in 1999, the Parco Nazionale delle Cinque Terre was created to conserve both the ecology and culture of this prized area. Programs 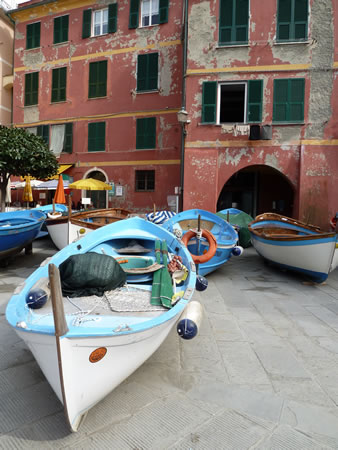 blossomed to protect the environment, such as a ban on plastic bottles, and promote traditional practices like the making of Sciachetrà, the local dessert wine.

Sadly, the great momentum these projects were gaining came to a crashing halt last year when the park’s president, Franco Bonanini, had to be dismissed from his position for creating corrupting rivalries and funneling money to fuel favors rather than benefit the communities of Cinque Terre.

When I explored the Cinque Terre with my sister last spring, I admit, I was unaware of this chequered recent history. We visited during the off-season, when things were expectedly slow, and though we were surprised to learn that most of the famous walking trail connecting the five cities was closed when we arrived, it was easily blamed off on springtime landslides. But when I watched the Vendemmia trailer last week, something clicked. We had been traveling in an endangered place, a place caught up in its own struggle for prosperity without exploitation, and preservation without greed.

Vendemmia: A Documentary Film is the project of two travelers, Sharon Boekle and Krista Lee Weller, who came to the Cinque Terre to document the disappearing way of life. But as they talked with the locals and heard their stories, a larger picture framing the current challenges came in to view. Having immersed themselves in the traditional way of life they had originally sought to document, they want to return now and tell the rest of the story that unfolded before them – a cultural treasure in desperate need of a sustainable future.

I’m thrilled to see this project because this story is taking place in thousands of villages, towns, parks and neighborhoods around the world. It represents the heart of why I do what I do. Travelers have an important role to play in this story. We don’t always have to represent the problem. We can bring new eyes, new attention and appreciation to ancient cultures and traditions that are fading away. We can help create and foster the relationship of host and guest with the people we meet, not landlords or sales agents. As travelers we need to open our eyes and truly see the realities that we are both stepping into and creating, and feel empowered in our position of being able to help steer things in a positive way. There’s a win-win situation to be created by sustainable tourism, where both the hosts and the visitors can benefit and be happy.

You can support Vendemmia’s creators’ return to Italy to tell the rest of the story as it exists today, in a state of flux, following the scandalous departure of Bonanini and devastating landslides in October 2011. They’ve already made their initial goal, but hop over the project’s Kickstarter page to help cover the rest of the costs for this important film.