The mighty Columbia River winds its way from the Rocky Mountains of British Columbia, Canada and flows northwest and then south into Washington State, turning west to form much of the border between Washington and Oregon before it empties into the Pacific Ocean.  Telling the stories that celebrate the natural, scientific and cultural history of the Columbia is what The REACH, a natural history museum in Richland, Washington, is all about. 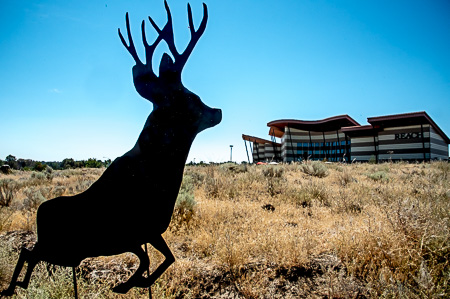 Whether it’s through engaging exhibits, education programs, special events or guided tours, The REACH seeks to enlighten visitors to the powerful stories that have shaped Eastern Washington’s rich landscape and history. With 14,000 square feet of space and a spectacular view out to the river, this museum is perfectly situated to do exactly that. 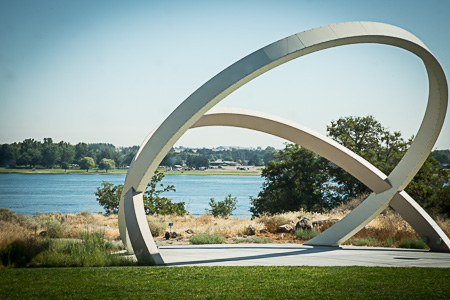 Each and every detail from the fish tank at the entry with Columbia River indigenous fish, 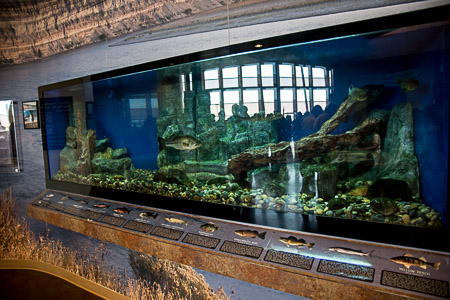 to the art on the walls inside… 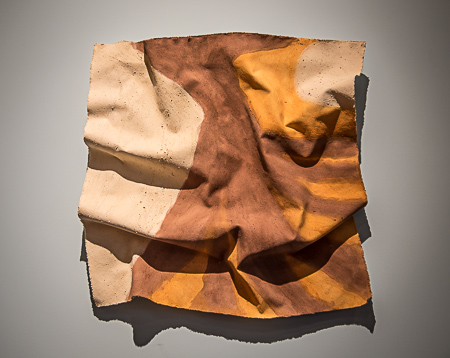 and outside the museum, 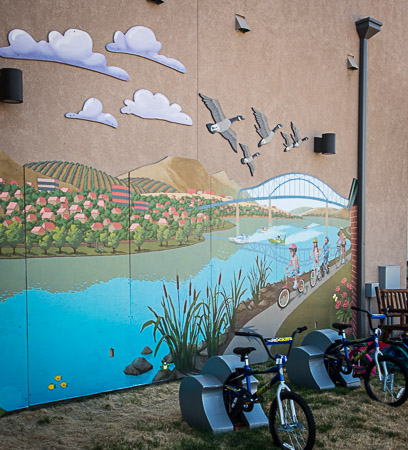 to the exhibits themselves, 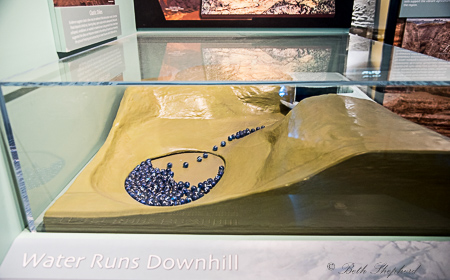 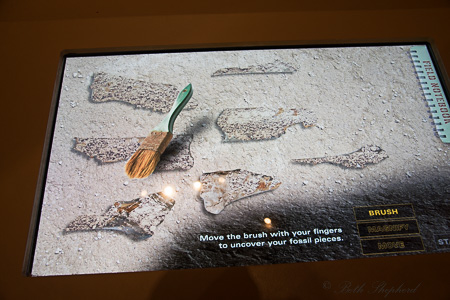 is directed at giving visitors an intimate portrait of the river. No [volcanic] rock has been left unturned. Whether you’re rotating a wheel to fold tectonic plates, opening a drawer to look at petrified creatures, or using a touch screen to uncover electronic versions of ancient fossils, you will most certainly leave The REACH with a greater understanding of how the Columbia River literally flows into every aspect of life in the Tri-Cities. 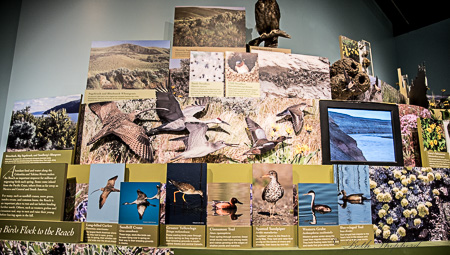 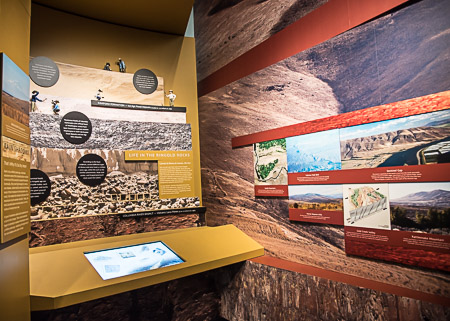 There is something at The REACH to pique your interest no matter if you are 4 or 54. Our little one was completely enamored with the outdoor toddler play area, featuring a train, a bridge, a water flow demo and a couple stationery bikes to hop on and ride.

I was amazed by the social history of families who came to work at Hanford during the 1940’s, living in tiny trailers and constructing two atomic bombs that would end World War II, even though fewer than 1% of Hanfords’s workers knew the true nature of the site’s mission. It’s also mind-boggling to know that in 1940 the population of Hanford and all of the Tri-Cities was less than ten thousand, but by mid-1944, about midway through construction, the population of workers and family members was approximately 48,000. 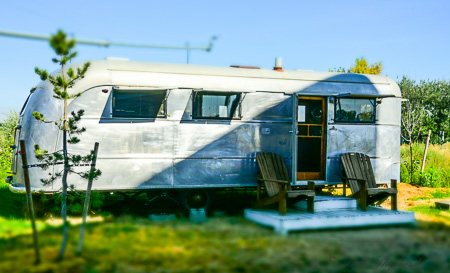 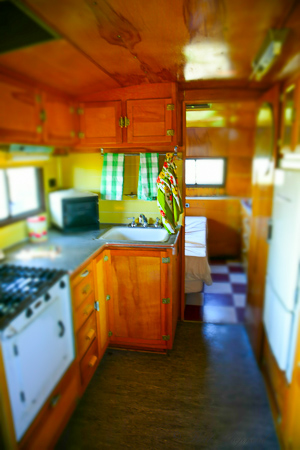 My husband was fascinated by the exhibits on The Manhattan Project, the Cold War and the recently opened Daughters of Hanford exhibit. The depth and breadth of stories The REACH covers is pretty spectacular. 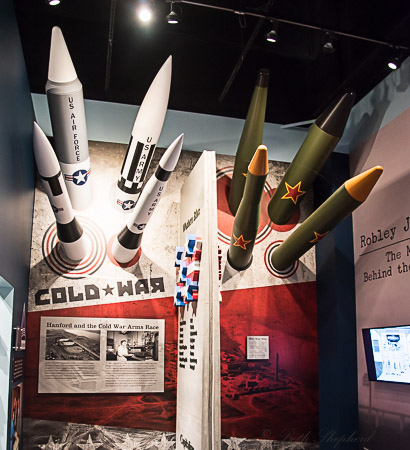 Much more than a museum, The REACH is an experience! If you’re in the area, a visit to The REACH is a must. You can find the museum at:

The river is what binds us all together 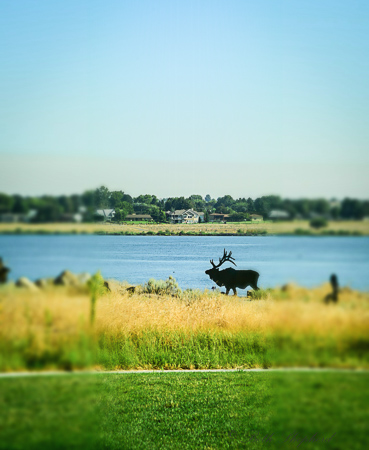 My visit to The REACH was hosted by Tri-Cities Visitor and Convention Bureau, but all opinions expressed are my own.