Home / Live and Learn / Women in Business Around the World: A Changing Climate
« Traveling with Your Significant Other: How Not to Kill Each Other |
Main
| Moving On: Off to New Adventures » 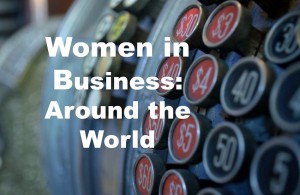 One thing I’ve noticed on my travels, especially on my recent journey to Chacala, Mexico, was how women played such a huge part in many of the local businesses. In a world where the role of women in society is drastically changing (especially in countries like Mexico where commerce is becoming more essential to the overall economy), it been interesting to see how these changes have manifested in isolated areas like Chacala.

According to this article for Forbes, the political climate is changing in Mexico as the country elected its first ever female Secretary of Education and Secretary of Social Development, Josefina Vazquez Mota. These changes are huge for a country that in the past has been known for misogynistic behavior and for treating women as lesser citizens.

While I was in Chacala, however, I noticed a certain respect for women. My boyfriend and I stopped by a pizza place in the center of the village and ordered a pie each (because I don’t like pizza at all). I was shocked to see that the person in charge was a woman. Though her sons apparently ran the books, she was the one working and working directly with us—something I had never seen before on my journeys to other Latin-influenced countries. Most of the time (like in Italy and Spain), women were in the background, silently contributing to their family businesses. 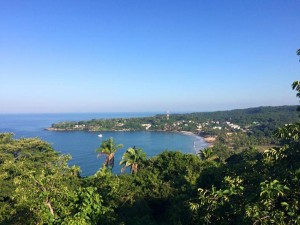 I love seeing women around the world succeed and feel like they have autonomy over their lives. It’s always a fine line because many of these attitudes are also cultural—so to expect huge strides relating to women’s rights shouldn’t really be expected. It’s actually the minor changes that often mean the most. We went to several small restaurants in Chacala were the women were the face of their business. This not only contributes to the local economy, but it also changes mindsets.

We’ve been fortunate to live in a society where it’s possible to run our own businesses as a women and to dream big, but much of the world has not had that opportunity. It was inspiring to see that ideas might be changing in order to benefit everyone. Even the fact that my friend Karla could run a successful vacation rental business was a sign that slowly and surely the world is changing.

Women are now free to travel alone, free to vote, free to communicate with others. It was encouraging to see that things are continuing to change. The sky is the limit, wanderers! And we live in an intriguing time.

What attitudes have you noticed toward women in business on your travels?