On Wednesday, February 20th flights in and out of Quito will cease to operate out of Mariscal Sucre International Airport’s original site, smack in the northern center of the city.  Instead, all flights will operate out of Quito’s brand-new airport located near Tababela, about 37 km (22 miles) out of town.

If you’ve flown in/out of Quito, as I did several times over the last few weeks, it’s easy to see why the decision was made to move the airport. Quito is the second-highest capitol city in the world at 9,350 feet, nestled in tightly among impressive Andean volcanoes. When the airport was built at the north end of the city in 1960, it was still a rural area, but the population of Quito has increased nearly tenfold since then, and the sprawl has engulfed the airport. Landing here involves an impressive banking turn and steep descent over the tops of Quito’s glistening skyscrapers. (Watch a few of these YouTube videos to get the idea.)  The rumble and whoosh of air traffic has become a routine, if unwelcome, part of daily life for Quiteños.

[adsenseyu2]While the airport’s new location will offer some relief for Quito’s air and noise pollution woes, many feel it will present a new round of headaches for the traveler. If you will be traveling in/out of Quito in the coming weeks or months, take note – the new location is expected to add on a good amount of additional travel time between the airport and town.

It’s not unusual for a major city airport to be several miles outside the city center, but the main issue for Quito is the access routes. I drove along the main road connecting the city center with the new airport last week, and the rumors seemed to be true – construction and upgrades to the access road were still underway. Construction delays should be expected, especially in the coming weeks, as crews scramble to get those roadways ready to handle major airport traffic.

Speaking of traffic, Quito has its share! If you’ll be traveling in or out of the city during rush hours, so too should you expect delays. In addition, most major flights in/out of the U.S. are scheduled for late night and early morning hours. As travelers make their way to and from the airport for these popular flights, expect airport access routes to see a spike in traffic.

I spoke with several people in the tourism industry in Quito about travel times between the new airport and the city. Currently, they told me, you can make the trip in just about an hour with ‘normal’ traffic. But in anticipation of potential delays, they all advised to allow a good 1.5 – 2 hours for airport transfers, at least during the first days and weeks of opening. There seems to be a lot of question, and dread, about the length of time it will take travelers to get in and out of the city. 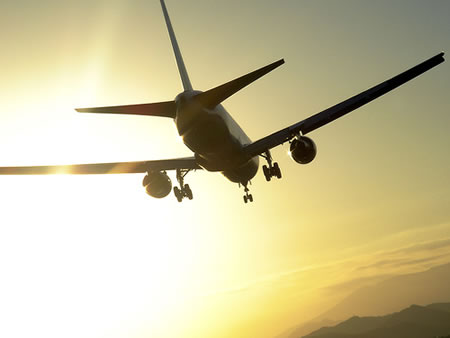 Which begs the question – why not plan to stay out by the airport? For someone arriving to Quito late at night and flying out to, say, the Galapagos or the Amazon the next morning, that would seem to be the logical choice. However, be advised at this time that there are not a lot of lodging options at the new airport yet! Just as the access roads seem to be a bit late in finishing up, so too is there a surprising lack of new building out by the airport. And what few hotels there are seem to be overwhelmed with demand at the moment.

Several online sources estimate that taxis between the new airport and the city will cost around $25-$30 USD. Private transfer costs will vary, but I’ve seen figures anywhere from $40-$85 USD. A company called Aeroservicios is reported to be offering a shuttle bus service, running every 15 to 30 minutes, for $8 USD. (As of this posting their website has no information.) Local buses will also be available, a bargain at 68 cents fare, but of course will have the slowest travel time, least amount of space for luggage and less frequency.

My advice? Plan to stay a couple of days in Quito if you can. The city is a true South American treasure, and was a highlight of my time in Ecuador. The old town in particular, a UNESCO World Heritage site, warrants a day or more of exploration. It’s really a shame to me that so many travelers, eager to transit to the Galapagos, may now skip a trip into Quito city given the extra travel time from the new airport. And, as always, be sure to pack your patience when preparing for your trip to Quito. It’s a wonderful place and well worth a little extra hassle.