Home / Live and Learn / Traveling as Americans and Respecting other Cultures
« Navigating the Maze: Tips and Tricks for Venice |
Main
| Money Tips While on the Road » 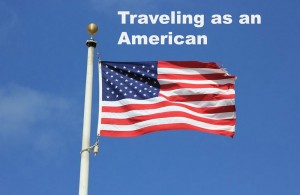 I was walking along the wall of my new Italian home of Lucca the other day. It was an absolutely gorgeous afternoon—the Tuscan sun is no stranger to Lucca, even in January, and I was deep in thought. The peaceful afternoon was interrupted by some familiar accents. I heard a group of Americans (college students) behind me. They were riding their bikes, swerving to avoid elderly grandmothers, crashing into each other, and most of all, they were LOUD.

I’ve often been asked by other Americans if other countries dislike us. It’s not so easy to pinpoint. Living in Italy, there are Italians that are happy to take an American under their wing or to invite them to dinner. Italians in general are pretty affable people, though I’ve had a few cranky nonne (grandmothers) bark at me if I’ve taken up a spot in line at the grocery store that they want. They know I’m a foreigner immediately.

But after recently visiting Tokyo, I was very aware that laughing too loudly in a public place or being purposefully disruptive would be incredibly rude and inconsiderate of the Japanese culture. This was definitely my initial reaction when I heard the American students scream as the careened around the circular wall. The Italian passegiata is reflective, relaxing hour or two from work or school—a chance to decompress after a few intense hours.

“Americani,” a few shook their heads.

It’s a fine line between recognizing that you are a foreigner and being proud of it. We’ve grown up with an entirely different set of rules and cultural expectations—and it’s important to be respectful of the fact that we are no longer in that environment. I think the best way to straddle this line is to do some research, and this doesn’t mean reading tomes about your future destination. Taking a day or two to observe your new culture and asking politely about the customs can go a long way toward impressing some potential new friends. You will always stand out a little, but with a bit of consideration and thought, you can make your time in a foreign culture less uncomfortable for all parties involved.

When I first went abroad, I was told that I was an “ambassador of the American people.” It was my job to insure that I was behaving in an appropriate manner. I definitely have not always stuck to this principle, but it’s a good thought to keep in the back of my mind as I continue exploring new cultures.

Have you ever received prejudice traveling as an American? Were you surprised by some reactions?