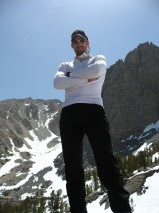 Traveling is what sustains me. You can strip me of my every last material possession, but please keep your paws off my passport. As much as I love exploring new places (and revisiting much loved places), meeting new people is just as important to me. 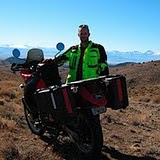 Mid-way through my volunteer project at Campamento Tortuguero Platanitos, I had the serendipitous luck of meeting another West Coast wanderluster named Jason. He arrived in a nasty downpour on his motorbike, two days shy of the six month mark since he set out from Buenos Aires. From Argentina, he wound his way through South America, crossing into Central America, eventually taking a “time out” in Sayulita, a surfing town/fishing village 35 miles north of Puerto Vallarta. Feeling feeling a little down about Mexico, he thought a quick stay at Turtle Camp would turn things around.

Similarly to me, Jason decided to take on a major travel adventure after 11 years at his finance job (I took on The Global Citizen Project a few months after my 12-year anniversary of freelancing fulltime). It was his first time in South America and I reveled in his stories about experiencing these countries and cultures from the unique vantage point of a motorbike. Sure, I’d been to many of the same destinations, but I’d experienced them as a luxury traveler (for work) or as a backpacker (for play) and always got around via planes, trains, busses and automobiles. Obviously, traveling solo via motorbike affords greater flexibility and advantages, but it also presents a set challenges typically unbeknownst to us backpacker travelers – from bribery at border crossings and hot-as-hell heat to vicious summer storms and batshit crazy Latin American drivers.

Swapping spirited travel tales over five hours of turtle patrol in the late hours of the night was just the dose of inspiration I needed after spending five intensely meditative nights inside my head. (My thoughts tend to go inward and deep when patrolling the beach in the late night hours.) It makes my travel lovin’ heart so happy to see people hatch ambitious travel plans (well, any travel plans, really) and make them happen. It makes me even happier when they say, “This was the best decision I’ve ever made.”

As travelers we collect all sorts of things – experiences, memories, photos, passport stamps and souvenirs – but it’s the conversations with other travelers that stick with me the most. Here’s wishing Jason safe travels and continued adventures as he makes his way north through Mexico and heads home to Los Angeles after more than six months south of the Border on his bike and on the road.

You can read all about Jason’s motorbike travels on his blog, North by Motorbike.

So fess up. How many of you fantasize about packing it all up and taking a six-month or one year hiatus from your job and everyday responsibilities? If you had the time, flexibility and freedom, where would you go and what would you do? We’re talking wish list scenarios here, so nothing is too outlandish or over-the-top.