As you determine whether a safari in Tanzania is for you or not, consider the following points from Leslie Nevison. Leslie guides tours in Tanzania and has visited the country more than 70 times.

1. Start planning early. In Northern Tanzania, accommodations including camp sites can be booked up to one year in advance.

2. A DYI safari isn’t impossible in Tanzania, but it is enormously difficult. It is best to work with a knowledgeable and competent safari operator which provides game vehicles, driver/wildlife guides and which makes accommodation reservations. 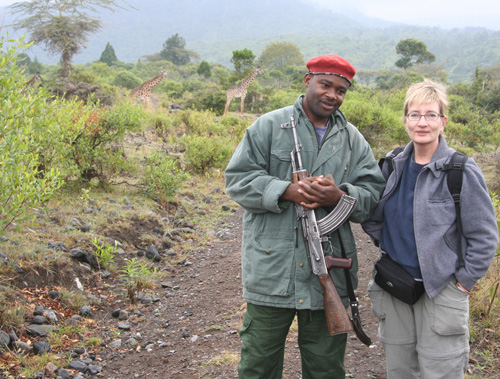 3. Research your operator well, which is why you must plan early. You can never ask too many questions. Not all operators do every kind of safari well.

4. Consider putting together your own intact group of friends, family or work colleagues rather than joining a set departure group offered by some operators where you may encounter personality clashes. Four to five people is the optimal amount of people for sharing the daily cost of a game vehicle such as a Land Cruiser, but two is all you really need for a private safari. They aren’t as expensive as you might think. Private safaris are especially good for anyone with special interests like photography.

5. If you do join a group, go with a small one, no more than eight people sharing two vehicles. Smaller groups tend to be quieter around wildlife and quiet people are who you want as game viewing companions.

6. Wildlife migrations (such as the Serengeti National Park’s wildebeest and zebra) are dependent upon weather. You must know what your safari focus will be and when is the best time of the year to achieve it. Beware of tours that remain unchanged every month of the year.

7. Allow enough time for your safari. It is a long trip to Tanzania from North America. Give yourself at least one day to relax prior to safari departure, which is also helpful if your luggage is delayed. Aim for two nights at each of your destinations while on safari. It is a shame not to have time to enjoy your lodgings or campsites after a great day of game viewing. They are typically placed in very scenic locations.

8. Unless you are absolutely certain that wildlife will be your sole focus, a good safari aims to balance wildlife, cultural encounters, off the beaten path destinations, activities, a diverse selection of accommodations (as well as maintaining as much of an unhurried pace as possible as discussed in tip #7). Therefore, you look for an operator who is able to customize an itinerary for you.

9. Consider including a few nights of camping as an accommodation choice. Camping doesn’t necessarily mean roughing it, although you can have it that way too. Under canvas is truly the most intimate way of experiencing the Tanzanian bush. 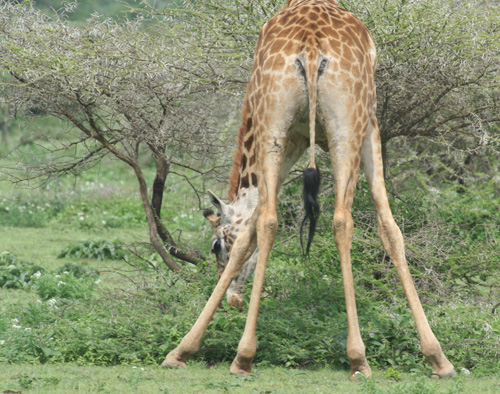 10. Inconveniences and discomforts can arise during even the best planned safari. There are rough roads to endure, as well as dust during the dry season and mud like glue if it rains. The power and water supply can be intermittent. Understand that it is on their pot-holed-excuses-for-roads that Tanzanians take their produce to markets or sick people to medical help, and from which half of the country’s population lives a day’s walk away. Tanzanian women walk miles every day to the well carrying water home on their heads in buckets which can weigh thirty pounds. Our tourist dollars do create jobs, help build schools and wells, and provide alternatives to poachers. But it is also from our tastes and demands that developing Tanzania takes its cues.