Home / Travel Tips / Hawaii / Best Things to do in Oahu

The Hawaiian island of Oahu is known as “The Gathering Place,” and for good reason. The island is the most populous of the Hawaiian Islands, is the location of the capital, Honolulu, and is immensely popular with tourists. But above all Oahu is known for its stunning scenery. Anywhere you travel in Oahu is sure to bring beauty and fun, but don’t leave without checking out theseÂ  things to do. 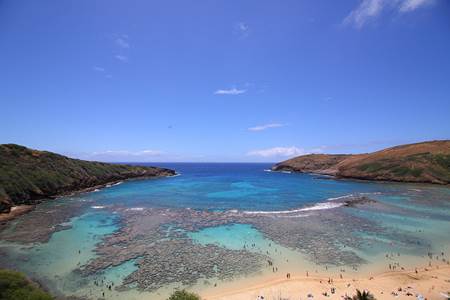 Oahu is known for its crystalline waters and pure, white sand. The island is sprinkled with many beaches, and many of the famous beaches are either on the North Shore or the South Shore. The world-famous Waikiki Beach is on the South Shore, and is an ideal place to learn how to surf due to the smaller waves. Ala Moana Beach is a few minutes from Waikiki Beach and is known to be calmer, an ideal spot for children to play. If you are looking for something a little wilder, try Sandy Beach, a favorite beach of President Barack Obama, an Oahu native. Lanikai Beach is known for its beauty. There are also small islands off of Lanikai Beach that are perfect for a kayak trip. 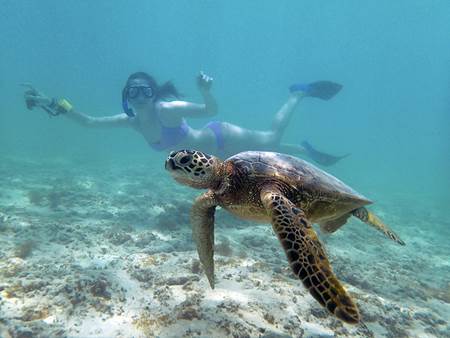 Hanauma Bay Nature Preserve is a beach on the South Shore of Oahu. It is recognizable by its unique ring shape. Every year, millions of visitors come to see this gorgeous setting. Sadly, the bay has suffered damage over the years from humans stepping on coral, leaving trash, etc. Today, the area is protected, including the plants, animals and even the sand. Hanauma is known for its sea turtle population and provides incredible snorkeling. You can rent gear there. 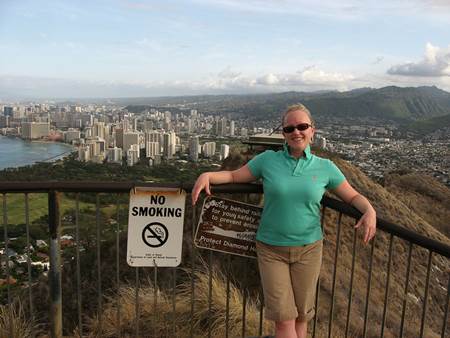 Diamond Head is a state park that offers an incredible hike. The Diamond Head Summit Trail is an 0.8-mile hike that is steep, so wear quality hiking shoes and don’t forget your water! But the payoff is worth it — a stunning view of the island and the ocean. Allow yourself 1.5 to 2 hours to complete the hike. This destination provides a great spot for whale watching!

This two-mile hike is more moderate than the Diamond Head Hike, but offers a view that is just as spectacular. The trail is on the southeastern shore of Oahu. Koko Crater, Koko Head and the famous Makapu’u Lighthouse (built in 1909) can all be seen on this hike. This hike will take about two hours and tends to have a drier climate (you can even see cacti along the trail!). This is another great spot for whale watching.

Oahu is the home of beautiful Pearl Harbor, the site of the infamous Japanese attack on American soil that launched the United States into World War II. There are dozens of attractions for visitors to see. A popular attraction is the USS Arizona Memorial. The sunken ship is now underneath a memorial site. Visitors take a shuttle boat to the site and learn about the events of Pearl Harbor while remembering fallen sailors. Close by is the USS Missouri. This naval ship was the location where the Japanese surrendered to the U.S. The ship was moved to Pearl Harbor to commemorate the end of the war. Other Pearl Harbor attractions include the Peal Harbor Visitation Center, the USS Bowfin submarine, the Punchbowl National Cemetery and the Pacific Aviation Museum. 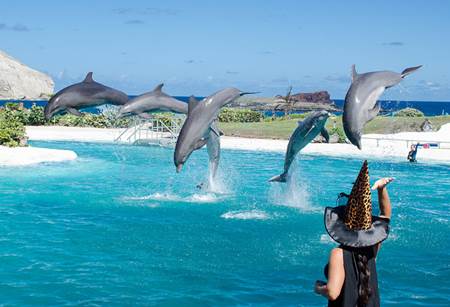 Hawaii is home to some pretty cool animals. Going whale watching or snorkeling are options to see marine life in their natural habitats, but Oahu offers other ways to see some amazing creatures. Sea Life Park, a marine life park, is located near Makapu’u Point. The Honolulu Zoo is home to mammals, birds and reptiles. The Waikiki Aquarium, “Waikiki’s Window to the Sea,” is home to parrotfishes, eels, sea turtles, sea snakes and seals. These sites provide the opportunity to see a wide range of strange and beautiful animals. 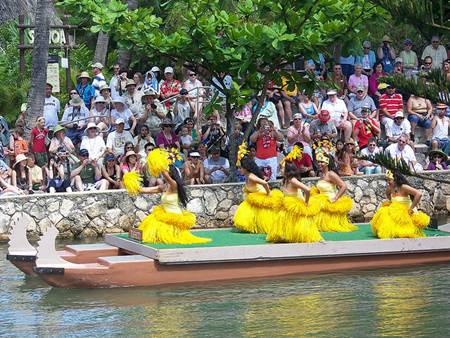 If you want the Hawaiian luau experience, then the Polynesian Cultural Center is for you! This is a theme park like no other. The park features Polynesian villages where visitors can interact with the “villagers” from various Polynesian cultures. Visitors can play games, take a canoe ride, watch artists create woodcarvings or watch a cooking demonstration. But the main attraction is nightly luau. Every night from 7:30 to 9 p.m., you can have a feast with authentic Polynesian cuisine while watching a dazzling show that includes dancing, singing and, of course, fire. 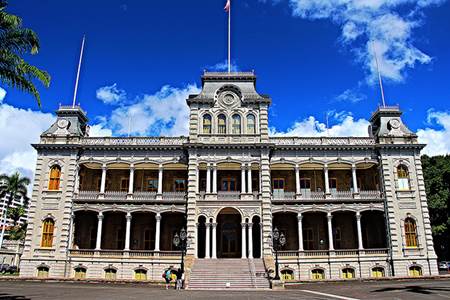 This palace, built in 1879, was the home of Hawaiian royalty. The elaborate mansion is the only royal palace in the United States. Tours are available where visitors can explore the various floors of the palace, as well as the barracks on the property. The beauty and architecture makes this tour worth it.