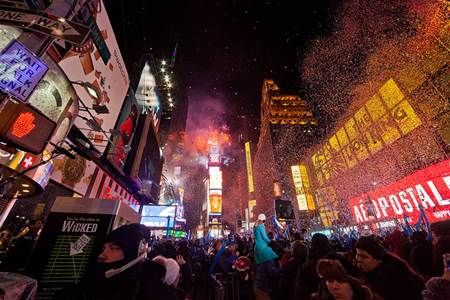 No other holiday is quite as sparkly as New Year’s Eve. Around the world people bring out the glitz to ring in the New Year. From dancing, to drinking bubbly, to television specials, to local traditions, each part of the world has a unique way of welcoming the New Year.

The holiday dates back 4,000 years ago to ancient Babylon. Throughout history, various cultures have celebrated the coming of a new year, from the Chinese to the ancient Romans. It was thought that a person’s luck in the coming year would be based off of what he or she spent the first day of the year doing, and that’s why it’s customary to spend the first day of the New Year with friends and family. What’s the deal with all the noise we make and the firecrackers we play with? Many ancient civilizations believed that fire and noise warded off evil spirits.

Today, much of the world celebrates and each country has its own unique way of ringing in the New Year.

New York City
New York City takes the crown when it comes to New Year’s Eve celebrations. The famous ball drop takes place in Times Square every year: more than a million people crowd Times Square to watch an 11,875 pound crystal ball drop as the crowd counts down to the New Year. More than a billion people watch the ball drop via broadcast, and many also watch Dick Clark’s New Year’s Rockin’ Eve, an annual television special that features the ball drop and performances by popular musicians.

Hogmanay in Scotland
New Year’s celebrations are known as Hogmanay in Edinburgh, Scotland. Scotland has set records for some of the most rocking parties! So head to Scotland if you are looking for a bash like no other. This holiday has been celebrated in Scotland since pagan times, and there is a lot to be done in preparation for the holiday: cleaning, paying back debts, etc.

Paris, France
Paris sparkles year round, but especially during the winter holidays! The Arc de Triomphe and other landmarks are lit up, including the trees lining the famous Champs-Elyses avenue. The yummy smells from food vendors swirl into the night as people crowd the streets to wait for the stroke of midnight, when they kiss each other warmly. 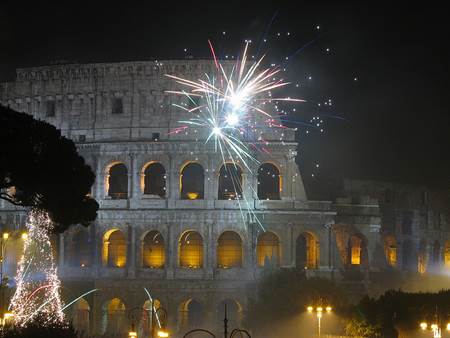 Italy
Italians typically celebrate the New Year with a giant feast, La Festa di San Silvestro. Family and friends gather to eat rich foods that will hopefully bring prosperity in the New Year, like stuffed pig’s trotter. Plus, in true Italian fashion, there is plenty of music and dancing.

Prague, Czech Republic
Known as Silvestr in the Czech Republic, New Year’s Eve is a celebration in honor of Pope Silverster who died on December 31, 335. The day is full of eating and toasting leading up to grand fireworks displays in the evening. The capital, Prague, has an especially impressive fireworks extravaganza.

Romania
In Romania, it is a common belief that what you do and how you act on the last day of the year determines your luck for the coming year. For this reason, people often spend time cleaning and making sure everything is in order, and they even stuff money in their pockets to ensure financial prosperity in the coming year! Head up to Comanesti to see the famous New Year’s Bear Ritual, a parade that dates back thousands of years, which consists of people marching through the streets in bear costumes and skins to ward off evil spirits.

Japan
New Year’s Eve is a major holiday in Japan that is full of tradition. The Japanese prepare for the holiday by cleaning their homes so they can have a clean start for the New Year. Friends and family gather to enjoy a joyous day together, while lighting up the sky with fireworks to ward off evil spirits. 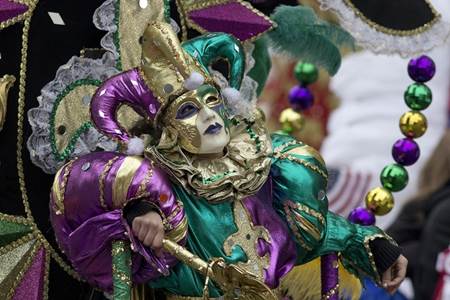 The Mummers in Philadelphia
The Mummers Parade on New Year’s Eve morning is a longstanding tradition in Philadelphia. Mummers are colorful characters adorned in wildly entertaining costumes. The Mummers dance through the streets to ragtime music to celebrate the end of one year and the start of another.

Dingle Peninsula, Ireland
The gorgeous Dingle Peninsula is a popular destination for New Year’s Eve festivities. A fireworks display above the harbor wows the crowd. Then people parade the streets and enjoy music leading up to a countdown to midnight. What’s next? Off to the pubs of course!

Virgin Islands
On the island of Jost Van Dyke in the British Virgin Islands, sits a bar by the name of Foxy’s Tamarind Bar. The bar throws one heck of a party, not just on New Year’s Eve, but on the surrounding days as well! So if you’re looking for a rowdy, multi-day affair, head to the Virgin Islands.

Rio, Brazil
Millions of people flock to the city of Rio for a New Year’s Eve festival. The most famous of festivities occurs on Copacabana Beach. Millions of people crowd the beach and surrounding city to watch a dazzling fireworks display at midnight.

Armenia
New Year’s Eve, the Armenian way, consists of an elaborate feast. The table is filled with fine, rich foods like meats, pastries, fruit, nuts and salads. Family and friends gather, but it is also common to make stops at various neighbors’ and friends’ houses to say hello.

Colombia
From Bogota to Cartagena, Colombia throws a giant party on New Year’s Eve. Typically, no matter where you wander, you will find live music and dancing. In addition, Colombia has some pretty quirky traditions — like eating twelve grapes at midnight!

Cusco, Peru
The main square in Cusco, Plaza de Armas, is the place to be when the clock strikes twelve. Everyone dresses in yellow for good luck, and when the clock strikes midnight, be ready, because everyone runs around for luck! Throughout the city, natives and vendors sell food and goods. The whole city is blanketed with a festive mood, and the night culminates in a fireworks display. 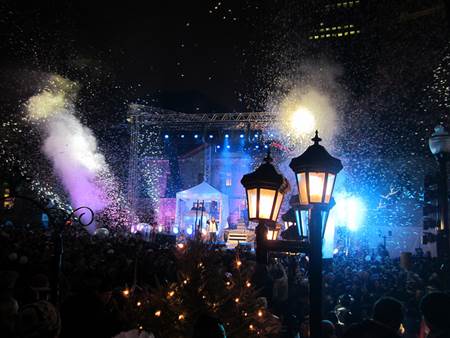 Quebec City, Quebec
QuÃ©bec brings out its best for a truly spectacular New Year’s Eve extravaganza. A dance floor, a Ferris wheel, acrobats, ice skating, shopping at the Christmas Market at the Old Port Market and more. Quebec is truly a winter wonderland that welcomes the New Year with the most impressive of festivals.

Ho Chi Minh City, Vietnam
Many people recommend staying in District 1 in Ho Chi Minh City for New Year’s Eve. Some of the main streets are blocked off for a massive live concert. The bars, clubs and restaurants in the district are thriving with New Year’s festivities.

Antigua, Guatemala
The streets of Antigua are full of vendors on New Year’s Eve. There are many parties throughout the city, and many people crowd the streets. Everyone watches the fireworks display, sings, and joyously welcomes the New Year. What song is sung in Antigua on New Year’s? El Viejo, it’s played at every party!