Home / Travel Tips / General / 10 Stunning Bridges from Around the World

Bridges are commonly thought of as just a necessary way of getting from point A to point B, but many architects all over the world have made them into dazzling sights to see–and amazing travel destinations! Bridges can make you fall in love, like the Wind and Rain Bridge in China, or gasp in fear, like Trift and the Bridge to Nowhere. Rethink the way you travel with 10 of the most stunning bridges from around the world. 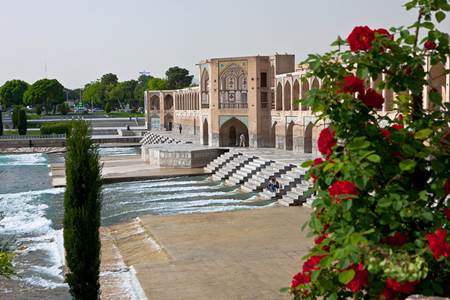 At the time of its construction in 1650, the Khaju Bridge functioned not only as a bridge, but a dam and a place for public meetings. This stunning bridge is composed primarily of pointed arches and stone steps. If you visit, be sure to stop halfway across to enjoy the art galleries and tearooms that reside there, as well as take in the fabulous views. 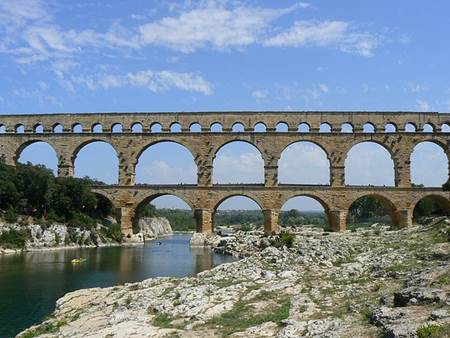 Most visitors to southern France can tell at first sight that the Pont du Gard bridge is actually a well-preserved Roman aqueduct, built to carry water from natural sources to nearby towns. The three tiers of arches are almost perfectly built, a technical and visual masterpiece. The bridge is one of France’s most popular tourist sites. 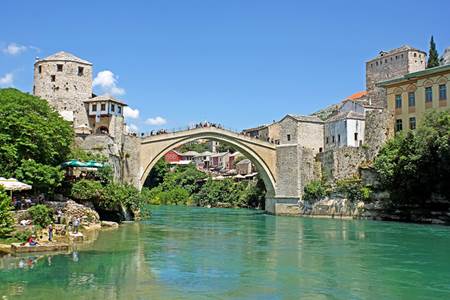 Spanning the Neretva River in the town of Mostar, Bosnia, this bridge, originally constructed in the 16th century, was destroyed in the Croat-Bosniak War in 1993. The reproduction is as close to the original as possible, still featuring the unique “humped” shape and the two towers at either end, known as “mostari,” or bridge-keepers. 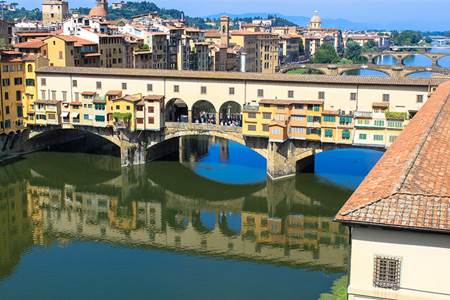 The Ponte Vecchio in Florence, Italy, is one of the few bridges in Europe that continues the old tradition of having shops line either side, making a trip across the bridge tempting to the visitor’s wallet. The beautiful medieval stone bridge spans the Arno River at its narrowest point and blazes with light and street musicians in the evenings. 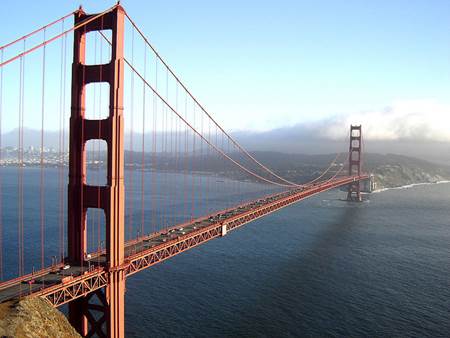 It’s difficult to think of San Francisco without thinking of its iconic landmark, the Golden Gate Bridge. Built in 1937 to connect the city of San Francisco to the San Francisco Peninsula, Golden Gate has become one of the most photographed bridges in the world, noted for its bright red paint and incredible span of over 4,000 feet. 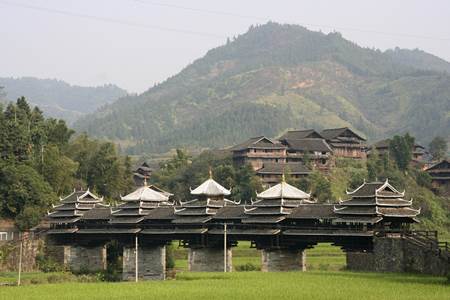 Also known as the Chengyang Bridge in Sanjiang County, China, this elegant structure has 3 floors, 19 verandahs and 3 pavilions. It was built in 1912 to link two small Chinese towns, and has heavy foot traffic between them even today. The bridge is so beautiful that a Chinese poet once fell in love with it at first sight and wrote a love poem about it. 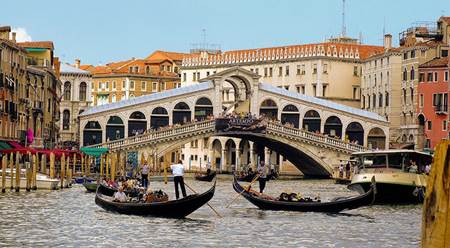 The Rialto Bridge is the oldest of four bridges that span the Grand Canal in Venice. The current stone version replaced the old wooden bridge, which kept collapsing under the weight of the many people who would stop there to watch boat races. The iconic bridge is lined with shops and street vendors selling their goods. 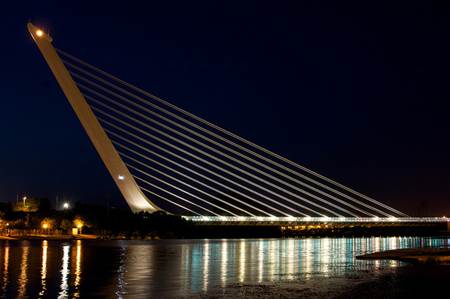 This modern, steel cable bridge in Valencia, Spain, consists of a single pylon supported by 13 cables. The bridge was designed with symbolic meaning in mind, as it was built when Spain was approaching a nationwide exposition in 1992. The Alamillo represents the soaring hopes of the city of Seville. 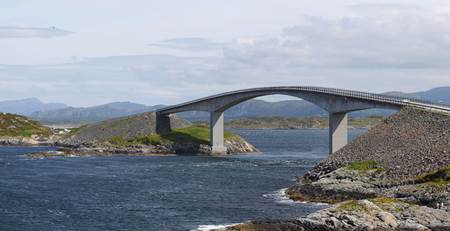 Known as the Bridge to Nowhere, this gut-wrenching and clever bridge at first appears to end abruptly at the top of its arch. This optical illusion has caused many a panicked moment for drivers, but the bridge does continue on the other side, connecting the mainland peninsula to a nearby island via the Atlantic Ocean Road. 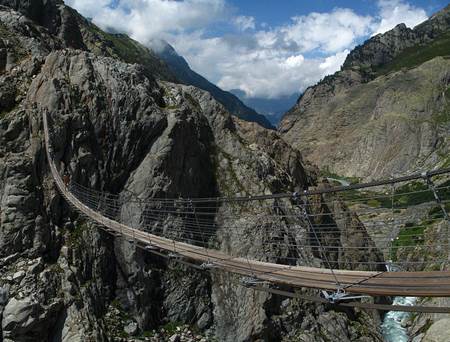 A trip across the Trift Bridge in the Swiss Alps is a harrowing but worthwhile adventure. The 170-meter-long, pedestrian-only suspension bridge hangs over the surface of the Trift Glacier. The original bridge, constructed in 2004, swung too wildly and had to be replaced. This new version offers the area’s many tourists a perfect place for some spectacular views.