Beijing, also known as Peking, is home to more than 20 million people. The city itself is over 3,000 years old. A city with that many people and that much history is sure to bring adventure. Check out this list of Beijing must-see sights to get your adventure started.

Also check out: Biking in Vietnam | Traveling in Bali 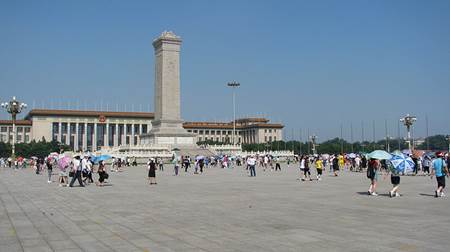 Tiananmen Square is one of the largest public squares in the world. The expansiveness is impressive: the square covers over 100 acres! This is the site of the infamous Tiananmen Square protests of 1989. You can see several points of interest surrounding the square, including the Great Hall of the People (which is the main legislative building for the Communist Party of China), and the Monument to the People’s Heroes, an impressive 125-foot structure in honor of Chinese veterans. You can’t leave the square without stopping at the Mausoleum of Mao Zedong. Chairman Mao’s embalmed body is on display for the world to see. The National Museum of the People, a Chinese art and history museum, is on the eastern side of the square. A visit to Tiananmen Square is an absolute must if you’re in Beijing! 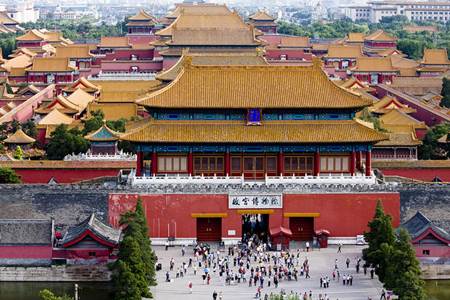 At the northern end of Tiananmen Square is the entrance to the Forbidden City, now known as the Palace Museum. You could spend a whole day marveling at the vastness and beauty of the Forbidden City. The palace was home to 24 emperors over a span of almost 500 years. The structure is said to have almost 10,000 rooms, and even has a moat! Tours are available: a two-hour tour, a half-day tour, and a full-day tour. 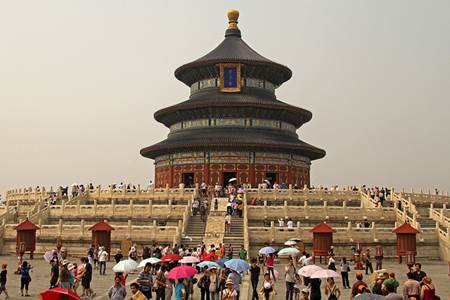 South of Tiananmen Square and the Palace Museum is the Temple of Heaven. The temple was first built in 1420 and is actually bigger than the Forbidden City. The Temple of Heaven is often used as a place of recreation. Locals and visitors alike visit the site to fly kites, dance, take a bike ride or fit in a morning jog. If you’re looking for another spiritual site to visit, the Cathedral of Immaculate Conception, which is the oldest Roman Catholic Church in Beijing (dating back to the early 1600s!) is an option. Mass is given in French, Latin, Mandarin, Italian and English (Sundays at 10:30 a.m.). 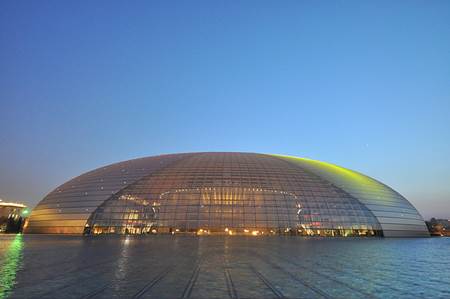 Located in the Qianmen Jianguo Hotel, just west of the Temple of Heaven, the Liyuan Theatre gives traditional Chinese performances nightly. The show is popular with tourists and is a great display of traditional Chinese art. From the music to the vibrant costumes, the show is sure to wow you. If you’re interested in seeing more shows, check out the National Centre for the Performing Arts. An artificial lake surrounds this opera house, which is known as the “The Giant Egg” for its round, glass architecture. The center offers a variety of shows, including ballets from the National Ballet of China. 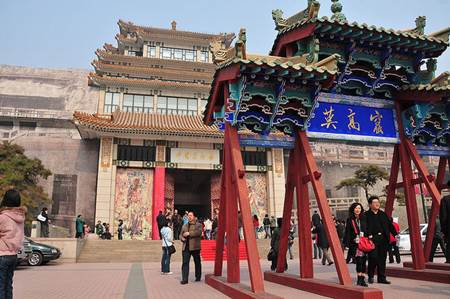 There are many museums in Beijing and all offer something unique. Popular Beijing museums include the National Museum of China, the Beijing World Art Museum and the Capital Museum. But there are museums to fit any interest: from film, to police, to bees (yes, there is a bee museum at a botanical garden in northern Beijing). If you’re a science enthusiast, you might want to check out the China Science and Technology Museum. Or, you could head over to the Today Art Museum for a dose of more modern art. Choose what interests you! Beijing has it all. 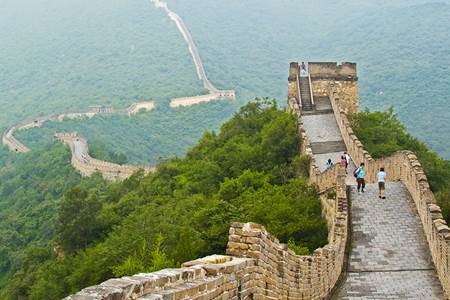 The Great Wall of China

The Great Wall of China is north of Beijing and can be accessed at several different points. It does require a bit of travel, but the travel is worth it to see a structure that is thousands of years old and so unique. A common access point is Mutianyu Great Wall, which is an hour-and-a-half to two-hour drive, but the wall is so long that there are many sections to visit. Some routes are more scenic and others require more hiking. No matter what route you choose, wear comfortable shoes and don’t forget your camera! 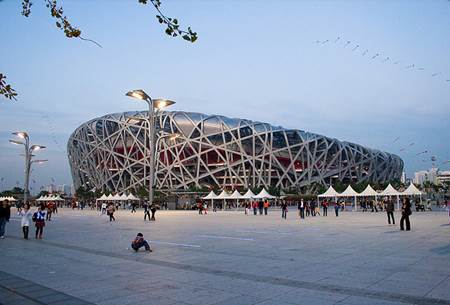 Built for the 2008 Summer Olympics, the Beijing National Stadium is a stunning architectural feat. Known as the “Bird’s Nest” for its steel support system, the stadium can fit 91,000 people. The stadium does host various events on occasion, from soccer matches to operas, but it is also open for tours. Next door to the stadium is the National Aquatics Center (the Water Cube). If you feel like taking a swim where Michael Phelps won eight Olympic gold medals, the Water Cube is open to the public as a fitness center and water park. 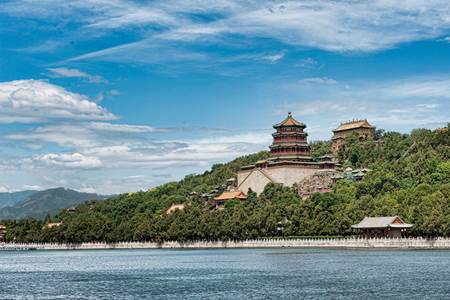 The Summer Palace was a retreat for emperors. It is an imperial garden where you can explore Kunming Lake and the surrounding Chinese gardens. There is a variety of bridges, temples and more to see as well. It is tucked in northwestern Beijing, covering over 700 acres! 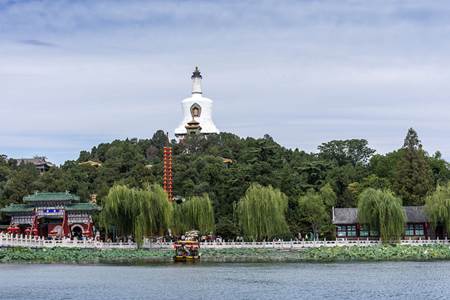 Beihai Park is much smaller than the Summer Palace, but is just as lovely. There is a lake that surrounds Jade Flower Island at the center of the park. Emerging out of Jade Flower Island is the White Pagoda, a 131-foot white stone structure. The park offers various landmarks for you to wander.