Home / Travel Tips / Asia / How to Use a Japanese Toilet 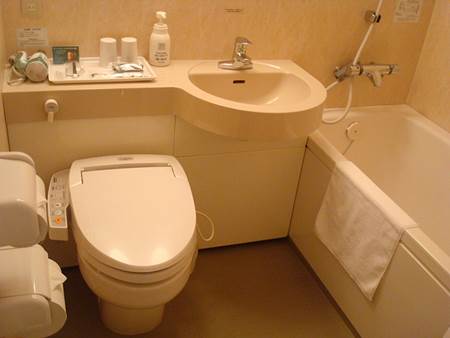 It happens to the best of us. You go into a restroom in Japan, Hawaii or a friend’s house. And there it is. A toilet that is obviously more than a toilet. A Japanese toilet. You stare at it. It has buttons. It has jets. You wonder if it might be a transformer or some sort of robot. It’s obviously a bit full of itself. Where do you even start?

Welcome, my friends, to the Japanese toilet! The seat is warm, there are cleansing spurts of water and delicately drying puffs of air. To foreigners, it’s sometimes weird, gross and uncomfortable. But to the Japanese, these toasty toilet seats welcome you to a world above and beyond the usual bathroom experience. Here’s the lowdown on how to use a Japanese toilet.

Where do I start?
Before you sit down, check the toilet options out a bit. That way you don’t have trouble figuring out what to do after it’s too late. Really, it’s just a fancy toilet seat cover. The rest of the toilet is normal. The buttons will usually be on a separate control off to the side or on the wall. They’ll include options to spray water, shoot air, control the pressure and direction, and a stop button for when you can’t handle it anymore. Don’t be frightened if the seat automatically raises or if music starts playing when you walk in to the stall. These toilets are fancy. 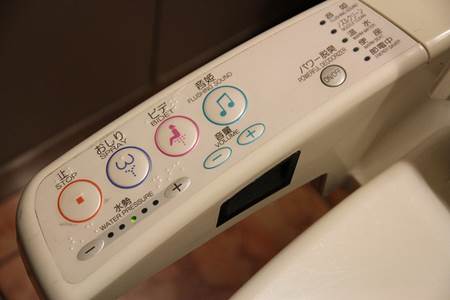 Be careful which one you press. On my brother’s initiation to the Japanese toilet, he pressed every button, thinking that they would eventually flush the toilet. To his surprise, he instead got a shot of hot water in a curious place and then a blast of cold air before realizing that the toilet had a normal flusher on the side! It pays to study the buttons before choosing…unless you don’t mind surprises in curious places. Do not fear the air and water. They are simply for your convenience. If you do fear the air and water, you can turn them off by locating the stop button, which works to cancel all special treatments.

What the heck do oscillating and pulsating mean?
Sometimes Japanese companies get lost in translation in the effort to brand themselves in America and choose interesting words. Oscillating and pulsating sound intimidating. They sound like something untoward may happen to your behind. However, they simply refer to the controls for which direction and what kind of pressure the water and air jets will move. Why couldn’t they just say that these doodads move back and forth and spurt randomly? I guess that doesn’t sound too splendid either. 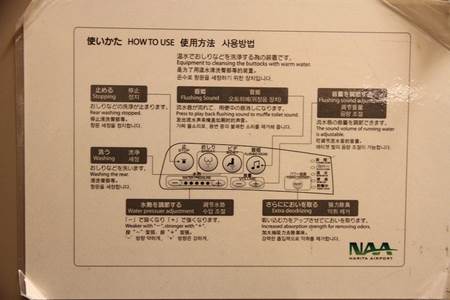 The worst thing you could do is start the water pressure at the highest setting, unless you appreciate a sudden blast to the fanny. Bring it down to the lowest setting and direct it to where you want it to go. Then raise the pressure as your confidence increases, as your relationship with the toilet moves from new and frightening to solid ground. You also want to make sure the air and water temperatures are not too warm or cold, but just right. And you’ll get used to the heated seat after sitting on it for a while. You might even decide it’s rather pleasant.

What else do they do?

Japanese heated toilets can do so much more than your average loo. These toilets aim to impress you. You can find some fancy ones in Japan that will lift and lower the lid by sensor, which comes in handy when men forget to put the lid back down (because that’s where it belongs!). And we all know, but deny, that even women make an occasional noise or two. There are toilets that make constant flushing noises or play music to cover up any embarrassing slips, so you don’t have to wait unusually long for everybody to clear the bathroom before commencing in confidence. No other toilet will consider your honor more than a Japanese toilet. 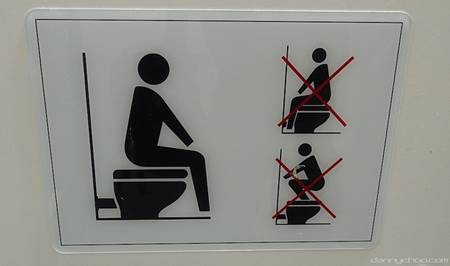 Give it a Whirl
Remember, this is just a normal toilet with a few bonus features. So you don’t have to play with the water and air settings, but it’s always worth it to try new things. You might like it. You might decide there is no other way. Or it might send you running in terror back to the nearest American-style toilet, but you tried. And hey, always remember–this is way better than the other option in Japan… squatting toilets!