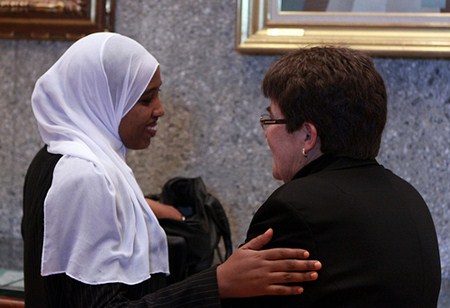 Those are not the words you want to hear. Ever. Even if you know there’s nothing of a suspicious nature in your bag. There’s still that brief moment when you start to wonder… Is there something? Could a kilo of heroin have hopped into my suitcase? Am I an unwitting mule for some greasy-haired drug lords who’ve set me up as the decoy?

Okay, I watch way too much, Locked up Abroad. Relax. This is just a routine random check. They do them all the time. I take my suitcase off the x-ray scanner and roll it over to the special inspection counter. Is it the bottle of vodka I just purchased from duty free? This is a dry Muslim country. Although, since I did buy it in the airport, it does kind of feel like entrapment. The shifty sales clerk had encouraged me to take more.

It’s not like booze is hard to come by in Dubai. Even during Ramadan last year they’d served alcohol, albeit secretly at night, with a guard keeping vigilant watch on the door. It gave drinking a seedy illicit feel, thrilling in a 1920’s Prohibition kind of way. Dubai is the most liberal of the Emirates. I have this theory that Sheik Mohammed once visited Vegas and thought, “Yeah. I can build this in the desert, too.” I sincerely doubt one measly bottle of passion fruit vodka will be a problem. 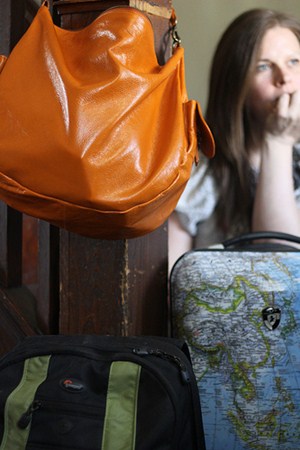 It’s not. Rummaging through my bag, she cruises right past the vodka. That’s a relief. Soon she’ll discover I don’t have anything out of the ordinary and I’ll be on my way. I wait patiently, and then I wait some more. She’s taking an unusually long time for such a small suitcase. This is starting not to feel like a routine check. It appears as if she’s actively searching for something in particular. Is it the heroin? Oh, great, back to that. Thanks mind for always taking the path of paranoia.

“Is there something you’re looking for,” I ask tentatively.

She pauses. Then whispers, “Toys.”

Toys? I don’t have any toys, and so what if I do. Is this a country with no children? Seeing my confusion, she tries again. This time she looks directly at me, willing me to understand.

“Toys.” Her eyes grow big conveying more than her words can. Her left eyebrow arches as if saying, “Come on, you know what I’m talking about.”

Then it hits me, and I suddenly do. Oh… Those kind of toys. I remember packing yesterday, opening my sock drawer to toss in a couple pairs, and then catching sight of the item in question. I chucked it in as an after thought.

She seems relieved that we’re finally on the same page. That makes one of us; I’m feeling far from relief, more like mortified terror. At least I was fortunate enough to get the lady agent. Then I realize it was planned that way. They’d both watched my bag go through the x-ray, and when they spotted my vibrating companion, I became her domain.

I fish out the culprit and surreptitiously hand it over. She slips it in a brown paper sack. I try to make light of the situation to mask my embarrassment.

“Not really,” she responds. 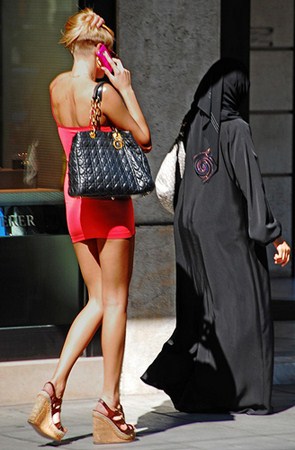 “Is this is a problem?” A tiny note of fear cracking in my voice. I compose myself and try to play it cool. “I mean, is it really that big a deal?”

“There is no pornography in the U.A.E.,” she says casting her judgment on me as a woman of ill repute.

We begin the long trek from the special inspection counter to the special room for sex fiends. It takes forever. Not because it’s all that far, maybe a hundred feet, but because we’re clocking Emirati speed. Shway shway is the term used; it means, s l o w l y. Just speaking the words conjures an accurate image of the style. Emirati women glide through a room as if time were irrelevant, their long black abayas float around them as they sashay from side to side, shway shway. I can’t help but feel bad for Adul, the driver sent to fetch me. He’ll be waiting a while.

I sit on a cold metal chair as I await my verdict. My customs agent is across the counter whispering with two other abaya-clad ladies. They have a lofty dignified air about them. If you were imagining a country of modest, humble women, subjugated to long black identity concealing frocks, you’d be wrong. Women are women wherever you are, and while the practices vary from culture to culture, this constant remains true: girls like to feel pretty. 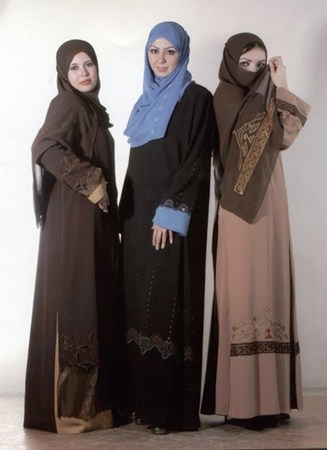 The three women across from me wear abayas embroidered with silk thread and embellished with sparkling jewels. Their delicate silk chiffon headscarves drape elegantly around their faces, intricate swirling, curving henna patterns dance across their hands. And then there are their eyes. Arab women know how to give a smoldering glance, all the while feigning an aura of innocence. So much is said in the subtext of those thick smoky kohl-lined eyes accentuated with jewel-toned shadow.

I’ve always found it easier to hang out with guys, yet it’s the acceptance of girl groups that I always crave. I like to wear an abaya here. Not only are they surprisingly light and airy–which makes traipsing around the Arabian desert in 120 degrees slightly more bearable–but also when you have one on you instantly feel part of a sisterhood. You’re granted admission into the ‘shway shway’ club. Plus it’s the perfect thing to wear after a huge Arab feast, a magic bulging belly-be-gone sort of garment.

“Miss, come here,” says the one at the computer.

They intimidate me, like mean girls in high school. I walk my wanton self to the counter with my head down.

“You must sign this,” she passes me an official document.

It’s a form releasing my property to be destroyed. This actually sends a shooting pang of sadness through me. We’d had some good times together. It seems so extreme.

“Can’t you just keep it in a holding cell?” I try.

I nod accepting my fate.

“So, I suppose I have a record now?” They don’t seem to understand what I’m so concerned about.

“No. Just sign the paper and you go,” she responds.

“But is there something in the computer that says I import stuff into the country?” I lower my voice, “you know… “toys”.”

The three girls look at each other. Their composure still cool and aloof, but are those tiny smiles creeping on their faces? Then I see it. They are smiling, not outright, but their eyes are smiling. Maybe they hadn’t been judging me. Maybe it is a sisterhood thing, after all, women are women wherever you are in the world. Even in a Muslim country where a woman’s sexuality is kept hidden away, there’s still an unspoken understanding. 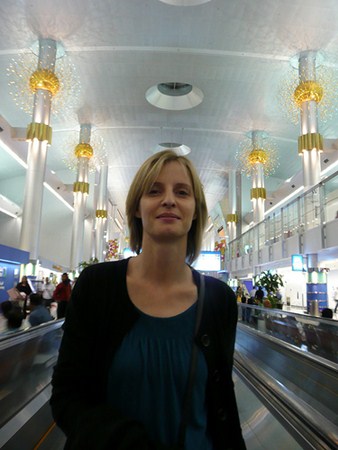 “Miss, it is no problem. No record,” my original customs agent assures me, this time with a legitimate smile on her face.

I let out a huge sigh of relief, and sign the document. One of the ladies picks up the brown paper sack to deliver it to its final resting place. I assume a burning inferno in the back. Goodbye, friend.

She pats the bag. “We’ll take care of this.”

Am I imagining things, or did she just wink? I look at her. My eyes full of questions, hers full of secrets as she turns with a flourish and leaves the room. Well, whatever becomes of my previous travel companion the secret is safe with me. That’s what being part of a sisterhood is all about. We say our goodbyes and I’m free to go. I’m in full shway shway mode as I exit the airport under the sign that reads: Welcome to Dubai.

Sarah Katin has been a television host in Korea, professor in Japan, treehouse dweller in Laos, house painter in New Orleans, sangria swiller in Spain, dragon hunter in Indonesia, and fishmonger in Australia. These days she can be found in her Southern California office (the cushy chair by the window at–insertÂ cafÃ© du jour) where she writes for film and television. Or in Costa Rica bathing baby sloths. You never can tell about these things. Find out by following @SaresKat on Twitter.Â