Home / WanderTales / India / Where Gods Showered Flowers on the Earth 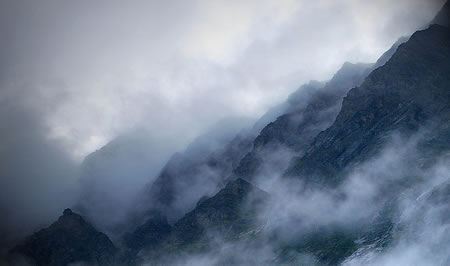 Gripping the steering wheel with one hand, our driver blasted his horn at the bus heading straight for us on the narrow, winding road. While I held my breath, the other bus swerved to the inside, passing so close I could admire the nose ring on an Indian woman staring out the window. Focusing on her jewelry kept me from worrying whether our bus still had all four tires on a road that dropped off steeply to the Ganges River below.

Trekking in India with the whole family struck many of our friends as a bad idea. Should you really take your children and grandchildren on such an adventure, they asked?Â  During that harrowing bus ride I sometimes wished I’d listened to them.

Yet our last experience with multi-generational travel had gone well. When my husband and I were married in Italy, we spent a week in a villa with his adult children and grandchildren from Israel and mine from the U.S. It was so much fun that our daughters planned this family trip to India, where my son-in-law had been born.

By the time we met up in monsoon-soaked Delhi, our group had grown to 31 family members 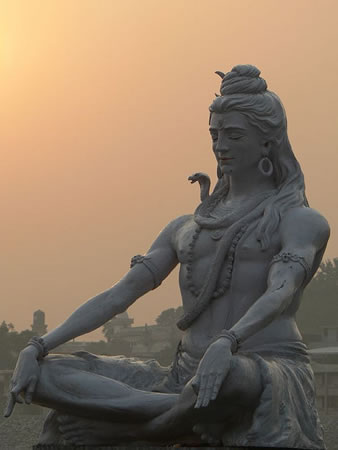 and friends from the United States, Russia, Israel and India. My husband and I were the oldest among the travelers, who ranged in age from 7 to 70. Most of us were still jet-lagged from the long flight when we piled into two chartered buses for the ride to Govindghat, our gateway to the Indian Himalayas. Our goal was to hike to the Valley of the Flowers, a UNESCO World Heritage site, and then climb to the world’s highest Sikh temple at Hemkund.

Reverence for mountains and rivers became apparent as we headed north. Alongside the Ganges was a parallel river of young Hindu men, dressed in orange and carrying buckets of holy water to their villages, often hundreds of miles away. Drinking water from the Ganges with their dying breath, they believed, would take their soul to heaven.

Spending a night in Rishikesh allowed the 1960s generation to show the teenagers where the Beatles wrote many of their songs and where they introduced the world to transcendental meditation. The atmosphere in Rishikesh seemed to have changed since then. Rowdy young men on their Ganges pilgrimage made the city seem more like Florida during spring break than the yoga capital of the world.

The next stop was Govindghat, where we left our bus to join Sikh pilgrims on an eight-mile hike 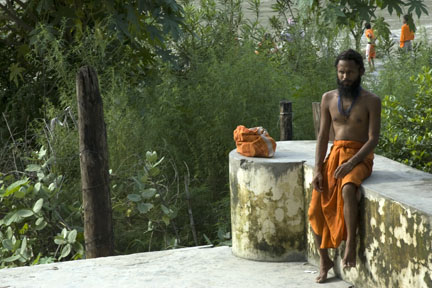 to Ghangaria. The village comes alive only four months a year when the snow has melted enough to clear the trail. Porters and mules carried our luggage so we could direct our energy to the more than 3,000-foot elevation gain.

“Don’t worry,” my daughter had assured me when I wondered if I were up to the trek.Â  “Porters will carry you if you can’t make it up on your own.” The idea of being carried up in a basket by a small Nepalese porter, or even in a sedan chair hoisted by four men, was enough to keep me trudging up the trail.

Arriving at our modest hotel, we had to be patient while a bucket of water was heated over an open fire and brought to our room. There was no shower, only a drain in the bathroom floor. “This hotel rates a minus one star,” I told my husband as we poured dippers of warm water over our heads and took turns drying off with the one towel provided. With no Internet or television, we struggled with electronic withdrawal.

While the rest of India suffered under sweltering heat and monsoons, the air in the mountains was cool, and soft rain watered the flowers while we slept. Up early the next morning we 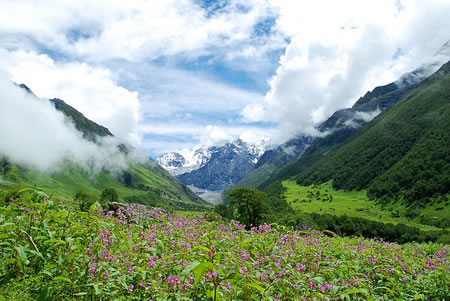 headed toward “the place where the gods showered flowers on the earth.” That’s what the locals called it until British mountaineer Frank Smythe renamed it The Valley of Flowers.

Planting walking sticks firmly, we snaked back and forth along the switchbacks. My husband was in front with the teenagers, while the rest of us spread out along the trail, stopping often to catch our breath in the thin mountain air. Only the rush of the Pushpawati River below broke the silence.

Gone were the incessant honking horns on the road to Govindghat and the clatter of mules that carried our luggage up the rocky path to Ghangaria. Gone were even the sacred cows, barred from this World Heritage Site so they wouldn’t munch on the wildflowers.

At nearly 11,500 feet, what the guidebooks called a simple four-mile trek was taking all my energy. Watching waterfalls tumble down green velvet hillsides encouraged me to keep putting one foot ahead of the other. Although we had been worried about the children, they seemed least bothered by the altitude. When my daughter was finding it painful to breathe, it was her 12-year-old who raced ahead to one of the physicians in our group, returned with altitude sickness medicine, and then hurried back to join the others.

Finally, only one rickety bridge kept me from my goal. When I realized that most of the children were already on the other side, I told myself that if they can do it, I can, too. I surveyed the metal-covered boards balanced precariously on piles of rock. With no guardrail to steady myself, I stared straight ahead and tried to ignore the tumbling river just below. 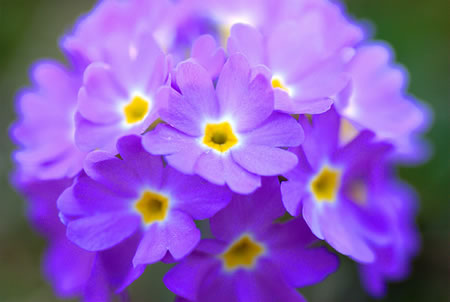 Safely over the bridge, I saw that my struggles had been rewarded. Purple, pink, gold and blue wildflowers filled the valley, often growing shoulder high on both sides of the trail.Â  Some of the hundreds of species we recognized, like roses, poppies, orchids, marigolds, daisies and anemones; many others we couldn’t name. Flocks of yellow butterflies dipped and fluttered among the blossoms.

The stragglers met up with the leaders on a flat rock in the meadow. There we rested, sipping from our water bottles and savoring this valley favored by the gods. The children were already engaged in a fast handclapping game, which they could play endlessly. The rest of us watched for the clouds to part so we could glimpse the 20,000-foot peaks on the border with Tibet.

Reluctantly we headed back to the village ahead of threatening rain clouds. Strolling through Ghangaria, we observed a way of life we could never have seen at home. There were few real houses, with tradesmen sleeping in the back of the shops and restaurants that lined the narrow stone streets. During the rest of the year they live in Nepal or at lower altitudes in India. Yet in this seasonal village we found all the services we needed.

When our son-in-law’s hiking boots fell apart, he couldn’t rely on R.E.I. Instead, he quickly found a shoemaker who promised to mend them in a couple of hours. Sitting cross-legged on a rug, the shoemaker glued the soles back on and sewed them by hand with a large needle and strong thread. The price for the ex 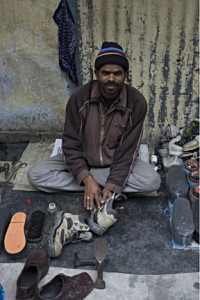 pert repair job? Eighty rupees or about $2.00 U.S. This was probably twice what the locals paid, but still a bargain.

Hemkund Sahib, our goal the third day, was less than four miles away, but even more of a challenge. We would be climbing the steep, rocky trail that zigzagged back and forth to over 13,600 feet. Some (like me) were feeling the altitude and chose to ride a mule.Â  Although porters carried most Sikh children and even some adults, our seven-year-old insisted on walking. When the porter saw she was determined, he took her hand and the two of them walked up the trail side by side.

At the top we covered our heads before passing through the stone archway into the holy site. The mountains, sadly, did the same, allowing only occasional glimpses of the seven peaks surrounding the lake. We removed our shoes and joined the pilgrims as they worshipped in the silver-roofed temple. A few in our group were brave enough to take the ritual plunge three times into icy Lake Lokpal, men on one side, women on the other. 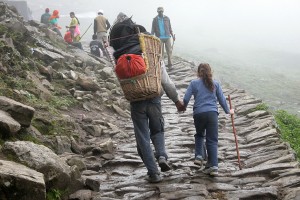 The Sikhs were making a religious journey to where their guru, Gobind Singh, is believed to have meditated. For us it was a different kind of journey. Meeting the physical challenge of trekking in the Himalayas, even with the help of mules and porters, gave us a feeling of accomplishment. The slow pace of travel allowed us to sense why these mountains and rivers have been revered for centuries.

If we faltered, there was always someone ahead on the trail to provide inspiration or someone behind who needed encouragement. Young or old, we relied on each other in ways we never would have at home. Together we made it up the mountain and back down again.

Since retiring from a 33-year career in public health, Sharon Morris has enjoyed sharing her travel adventures through writing and photography. Sharon has kayaked in remote locations for 25 years, from the north coast of Alaska to the South Pacific. She has also traveled extensively in SE Asia, India and the Middle East. She currently enjoys sharing her passion for travel with her grandchildren, who’ve trekked with her in India and kayaked with her in Alaska.