Home / WanderTales / India / How the Other Half Lives 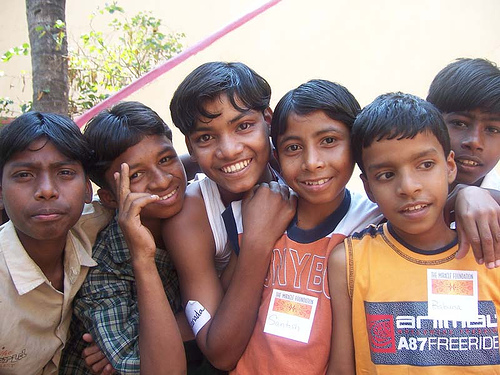 In Mumbai, I flit in and out of the two Indias. One is on the streets, right up front – the beggars, the pavement dwellers, the slums, the street children, the tiny laborers who pick through the litter for recyclables when they should be laughing on a playground. It’s noisy, in your face, assaulting you.

The other India is cocooned behind all this, tucked away from it. This India is one of quiet, air conditioning, service, amenities, middle and upper class people living their lives much as the wealthier live their lives anywhere. Doctors, professors, engineers, computer programmers. They live in beautiful gated homes or modern flats and spend evenings in premier restaurants and hip, trendy nightclubs with loud techno music and drinks that cost what they would in New York or London. Mostly, the two Indias exist separately from each other, as if each half is unaware of the other side’s existence. Sometimes, however, they clash – happening more and more every day – in social upheaval that demands change, reform, equality.

In the middle of Mumbai sits a place called Dharavi, widely known as the largest slum in Asia. The land on which Dharavi sits was once swamp, later filled in to become a sort of human dumping ground for the poor of nearby Mumbai. As the city sprawled outward, however, in its inexorable and immense growth it grew to encompass Dharavi. Surrounding luxury high-rise buildings look down over its teeming 550 acres. Although exact population figures are difficult to ascertain it is estimated that close to a million people live in Dharavi.

A local tour operator named Deepa Krishnan learned I was writing a book about India and has offered to show me Dharavi. Petite and plump, she is a ball of compacted energy. Her hair is cut in a short, fashionable style and she wears a gorgeous navy blue silk sari patterned with gold and burgundy leaves and flowers. Deepa donates approximately one-third of the profits from her tour company Mumbai Magic to an organization called Akanksha, which provides education and mentoring for children living in slum communities. She is also somewhat of an expert on Dharavi.

One of the official indicators of a slum, along with lack of water and sanitation, overcrowding and non-durable housing structures, is the percentage of residents living in illegal housing. Children living in such poor conditions are more likely to die from pneumonia, diarrhea, malaria, measles or HIV/AIDS, and are more vulnerable to respiratory illnesses and other infectious 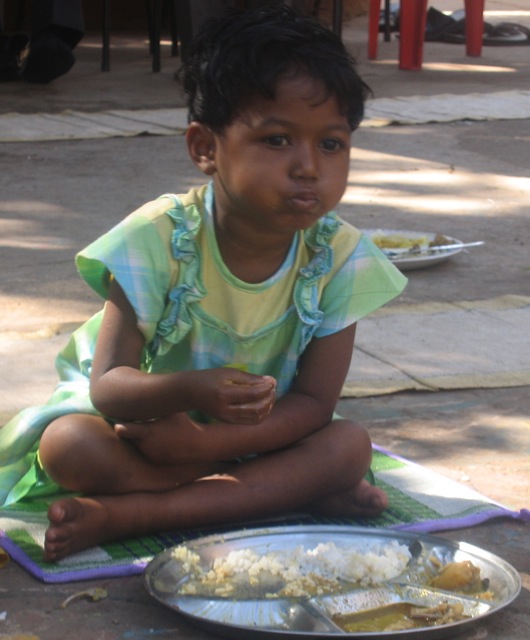 diseases. Not only is most of the housing here illegal but so is 90% of the commercial activity. Half of Mumbai’s nineteen million citizens live in such an urban slum.

Yet it is not a slum in the way I had imagined — not a ghetto. It looks and feels much more like a village one would find anywhere else, and not right in the middle of the huge, sprawling city of Mumbai. Uniformed schoolchildren walk along the road holding hands or swinging backpacks. Industry and entrepreneurship abound; very few people are idle. Lottery tickets and fresh vegetables are sold side by side. Entire cottage industries thrive here: weaving, food, clothing manufacturing, pottery. Small business owners work hard at production, and all around me is the buzz of things happening.

“Should we get out here and walk?” Deepa suggests. We instantly attract attention, the grubby foreigner and the fancy Indian lady in her rich attire. The children of Dharavi tail us like sleuths as we wind through the pathways. Two teenage boys fall into stride next to me.

“Yes,” I smile, and the second boy punches him in the arm victoriously. I wonder if they had discussed where I might be from before approaching me. Before we could talk further they dart off, no more time to spare for this silliness.

We come out into an open space and watch women making papadam, a thin crispy bread with bits of pepper in it. Squatting along the ground in the shade, they roll the balls of meal out on little ceramic plates with thin wooden or metal rolling pins. Then the tortilla-like rounds are placed on wicker baskets turned upside down to crisp in the sun. Finished papadam wafers are stored in clear plastic bags for selling. Dozens of women perform this task, gossiping amongst themselves while their toddlers hop around them.

Down another lane, I am led up a steep ladder with a rope handle hanging down from the ceiling rafters, to watch men working at sewing machines, making shirts in assembly-line fashion. One does the cutting, another sews the sleeves, another the collar, and on down the line to the finished product. The man in charge shows us a beautiful completed shirt, which he says will sell wholesale to a retail store buyer for 15 rupees, about 35 cents.

In another section of the neighborhood, clay pots are being made, a woman mixing the clay for her husband as he sits at the potter’s wheel, skillfully and intently forming the perfect urn. Kilns line the middle of the alley, their smoke permeating the air and creating a stifling heat in the already 95-degree day. Up and down these lanes sit thousands of clay pots and bowls of all shapes and sizes; I pass an elderly, stooped woman who is laboriously carrying a load of the pots on her head to a vehicle to be transported for sale.

To me, this place dispels the myth that poverty is due to laziness, that the poor somehow deserve their lot in life because they are lazy or stupid or otherwise lacking in some important character trait that the successful possess. Dharavi is a resounding rebuttal to that belief. I have rarely seen people work so hard in all my life, up to 18 hours or more each day, much more so than many middle-class earning hundreds or thousands times more. Born into the right mix of circumstances — as the vast majority of “self-made” successes are — the industry-makers here would no doubt be thriving business people with comfortable bank accounts. Instead by pure chance they were born into a world with far less access to education and far fewer opportunities to climb onto the next rung of economic prosperity, no matter how smart or hard-working they are. 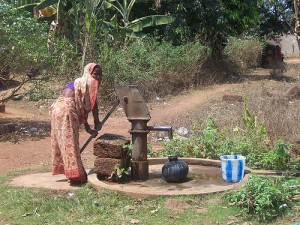 As I look around I find myself musing about leisure time, recreation, entertainment. Many of the residents here walk, sometimes quite far, for their families’ daily water supply, a process that can take hours. Between their cottage industries and taking care of a home and children, I’m certain that most people in Dharavi work from far before dawn until night. Leisure time is a luxury, the province of the well-to-do, and just one more indicator of the abyss of difference between the haves and the have-nots of this world. To have leisure time, to be able to enjoy entertainment, is a luxury for the wealthy — as is space. My friend Dita once observed that wealth requires space, and nowhere is this more apparent than a place like Dharavi. The residents here seem to have no privacy, no moments of solitude or sanctuary. Poverty eliminates both space and leisure, two elements that seem necessary to most of us and which we often take for granted.

Deepa understands well the two bewilderingly different Indias. But she maintains that this leaves little room for an understanding of a third Mumbai: the Mumbai of the hard-working poor. “This is the Mumbai of the aspiring migrant, with his fierce drive for survival, for self-improvement,” she says. “The Mumbai of small enterprise. The Mumbai of poor yet strong women, running entire households on the strength of their income from making papads. Every morning, these women put food on the table, braid their daughters’ hair, and send them to schools. Dharavi is one place where this third Mumbai is visible. They have hope for the future, you see? This is the Mumbai of dreams.”

Shelley Seale is a travel writer living in the Seattle area. She is currently working on publishing her first book, The Weight of Silence, Invisible Children of India.