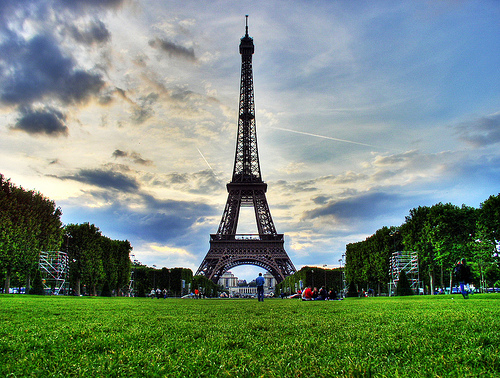 There is nothing better than exploring the city on your own. As the old songs say, Paris is at its best in springtime, even if it is sometimes a little wet. In winter Paris, has all sorts of cultural events going on, while in summer the weather is warm and lazy, sometimes sizzling. In August, when Parisians, flee for the beaches to the west and south, many restaurateurs, lock up and leave town too, but this is changing rapidly and you’ll find considerably more places open in summer than even a decade ago.

Consider some of these “do it yourself” morning to evening tours:

Head first to the Tour Eiffel: morning (or late evening) is the best time to avoid the crowds. The most thrilling approach is via Champ de Mars. Afterwards, tour the Seine on the Bateaux Mouches; these boats depart regularly from place de l’Alma. From here, walk or take the mÃ©tro to the Arc de Triomphe; from the top there’s a great view of the boulevards emanating from L’Ã‰toile and the noble vistas extending to the Louvre and La DÃ©fense. Then work your way along the Champs Ã‰lysÃ©es, across Place de la Concorde and the Jardin des Tuileries to the Louvre. Don’t visit the museum now, wait until the next morning, when it’s less crowded.

Get to the Louvre first thing in the morning (closed on Tuesdays) early to avoid the crowds; in one morning you’ll only be able to see part of the museum, it’s that big. After lunch, wander along the ritzy rue St-HonorÃ©. Here you’ll find the French President’s home, the Palais de l’Ã‰lysÃ©e (closed to the public), and the Neoclassical Ã‰glise de la Madeleine. For good shopping and a look at Haussmann’s 19th-century Paris and the famous OpÃ©ra Garnier, join up with the Grand Boulevards. Spend the late afternoon getting a sense of Paris’s village-like character by exploring Montmartre. Either walk (heading north along rue du Faubourg Montmartre to rue Notre-Dame de Lorette to rue Fontaine to place Blanche) or take the mÃ©tro to the Pigalle or Blanche stop. On boulevard de Clinchy you’ll find the famous Moulin Rouge. Continue up into Montmartre, via place des Abbesses. On this square are two Art Nouveau gems: the church of St-Jean de Montmartre, and the Art Nouveau Guimard entrance to the Abbesses mÃ©tro station. From here, walk through the winding, hilly streets to place du Tertre, and then on to SacrÃ©-Coeur, where there’s a tremendous view of the city below. 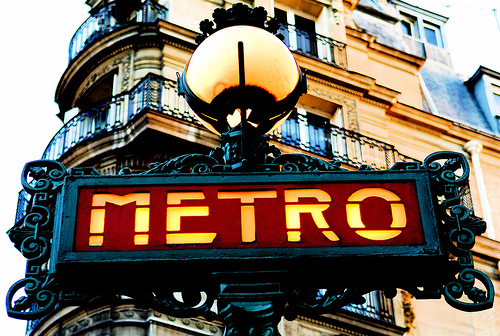 Start the morning admiring the Impressionists in the MusÃ©e d’Orsay (closed on Monday); arrive early to avoid the crowds. Then head to Notre-Dame Cathedral, perhaps the most inspiring monument in Paris. In the afternoon explore the Latin Quarter, using the PanthÃ©on dome as a landmark. Take time to relax in the Jardin du Luxembourg or sip coffee in a neighborhood cafÃ©. Begin your day at the MusÃ©e d’Orsay, where many of the most famous Impressionist paintings in the world are on view. Pay your respects to NapolÃ©on at the nearby church of the HÃ´tel des Invalides and then to the great sculptor Rodin, at the MusÃ©e Rodin, housed in one of the prettiest hÃ´tels particuliers in the city. Head east along the boulevard St-Germain to the picturesque place Furstenberg to visit the MusÃ©e Delacroix, the haunt of another great artist and set on gorgeous place Furstenberg. South a few blocks is the Jardin du Luxembourg, perfect for a sylvan time-out. If you’re not tired yet, stop in at the extraordinary MusÃ©e National du Moyen-Age, which graces the time-stained HÃ´tel de Cluny.

First thing in morning, enjoy the romantic Ile St-Louis, the little island sitting next to the larger Ile de la CitÃ© in the Seine. Although there are no major sights to see here, you’ll find an enchanting neighborhood that has more than a touch of the time machine to it. Cross over the Seine to the Marais, one of the city’s most venerable quarters, studded with great Baroque and Rococo mansions, many of which are now museums, including the MusÃ©e Picasso. Nearby is another mecca for modern-art lovers, the Centre Beaubourg, although those with more traditional tastes will make a beeline for the MusÃ©e Carnavalet (the Paris History Museum). Then, to give your less-than-bionic feet a well-deserved rest, head to the magnificent 17th-century square place des Vosges to enjoy sunset on one of its park benches and dinner at one of the casual cafÃ©s lining the square.

Treat yourself to a vacation from your Paris vacation by heading out for a day trip to Versailles, built in bicep-flexing Baroque splendor. Don’t forget to explore its vast park in order to take in the intimate Petit Trianon and Hameau, which was Marie-Antoinette’s toy farm.

Trust me it’s worth it; get up at dawn and hurry up to the Butte (mound) of Montmartre, which graces a dramatic rise over the city. Get here to see the sun rise over the entire city from your perch on place du Parvis, in front of the basilica of the SacrÃ©-Coeur. Track the spirit of Toulouse-Lautrec through the streets and to the MusÃ©e de Montmartre. In the afternoon, descend back into the city to either attack some of the city’s “other” museums (the MusÃ©e Cognacq-Jay and the MusÃ©e Maillol), to explore Montparnasse, or, for a unique grande finale to your trip, visit some “permanent” Parisians ensconced in noble marble splendor at legendary Cemetery PÃ¨re-Lachaise.