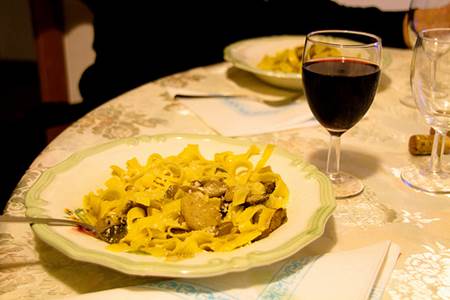 I was growing restless. I sat alone in the lobby of the Hotel Annalena in Florence, Italy, watching the evening light filtering through high casement windows and splashing over what had once been a ballroom.

“Napoleon’s sister lived here, you know,” the hotel manager told me as she settled into an armchair opposite, bearing two cups of espresso.

The hotel booking was part of my culinary vacation with an American company operating in Italy that had arranged a guide and chef to teach me rustic Tuscan cuisine. My first meeting with the guide, Lucca Santiccioli, was supposed to be that evening when I would be taken, along with other participants, for an aperitivo and chef’s dinner. But no other participants had appeared in the lobby at the appointed hour and the kindly manager had drained her espresso and was now looking at her watch.

Finally, a well-groomed young man entered and announced grandly, “I am Lucca.”

He gazed around the empty lobby, shrugged and said, “There are no others. But I am here!” 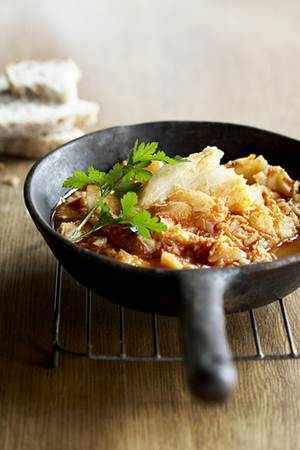 This tour was exclusively for me. Sadly, there would be no camaraderie with other cooks in the kitchen, no late nights chatting over a bottle of vino. I was disappointed for all of 20 seconds, then reason prevailed–here was a handsome Italian man prepared to take me out to dinner. What was the problem?

Aperitivo in the Italian tradition is a social time, Lucca explained, before the traditionally late dinner. We walked across Florence’s Ponte Vecchio, the old bridge, to a gelato shop with outdoor tables on a busy street corner. Over a light sparkling wine, prosecco, we tasted tart lemon sorbet and Lucca described the history of the city’s ruling family, the Medicis, whose guiding hand built the ugly fortress called the Pitti Palace, and whose patronage of the arts sponsored the Uffizi Gallery. Rich money lenders, the Medicis could afford to gather snow in the mountains and store it in underground caves. On feast days, the stored snow was mixed with milk and eggs, and gelato was born.

“Want to know how to tell good gelato?” Lucca asked. “Look for the pistachio. If it’s too green they’re not using natural ingredients.” This pistachio was the color of new buds unfolding, delicate and light.

At Florence’s Four Lions restaurant, the chef’s special began with a typical meaty antipasto that included a coarse liver pate. The presentation was lacking–it’s difficult to make pate look like anything but chopped liver–but the taste was superb. It was served with an ordinary house white Rosso o Bianco Toscano. Several varieties of pasta were served with a local specialty, porcini mushroom sauce. The secundo, or main dish, was baccala alla Fiorentina, cod with a layer of thinly sliced potato and fresh tomato with olive. 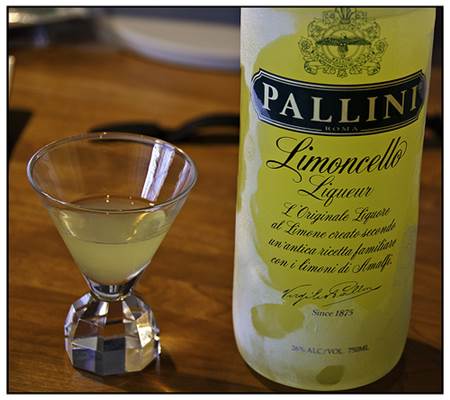 After this feast there was no room for the proffered dessert course: torta di ricotta or gelato, and I staggered back to the hotel, full to bursting, ready for the following day’s cooking lesson with chef Monica Fabianelli.

The lively, engaging Monica ensured we work up an appetite by starting with a stroll through the 13th century Santo Spirito Square, where an antique market was in progress. On other days of the week, the market sold farm fresh and organic produce, the basis of good Tuscan cooking, and my tour would later include a tasting trip to city markets where I sampled locally made pecorino cheese and Florentine salt-free bread.

Monica revealed her background as a guide and teacher of Italian culture as we walked through the extensive, formal Boboli Gardens and out of the walled city through the Porta Romana gate to a busy road on which heritage stone buildings had been carved into smaller apartments. The doorway to her tiny apartment opened onto a narrow, dark staircase. Up one level, the apartment was dollhouse size and the kitchen less than one meter square. There, rejecting aprons as garments for sissies, Monica stripped down to leggings and a blouse, I rolled up my sleeves, and we prepared Sunday dinner–me prepping dishes on the dining room table, she shuffling the half-meter between the stove and sink, snatching up and washing dirty utensils immediately. We were a smooth team, oiled by a jug of red wine and joined by a love of food. 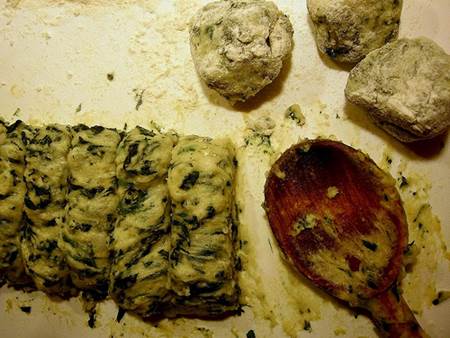 Tuscan cooking is farmhouse style; it uses fresh ingredients and doesn’t worry about elegance on the plate. We rolled up thinly sliced beef kept moist in the oven by zucchini and tomato filling. We cooked rigatoni with spicy sausage meat and leeks, carefully trimming the green away and slicing the flavorful white leek thinly. This vegetable (often referred to as onion in translation) is beloved of the Tuscans.

For dessert we prepared panna cotta, a gelatin and fresh cream pudding. The region’s Chianti paired nicely with everything. After our three-course meal, Monica poured glasses of the country’s signature sickly sweet limoncello liqueur.

“They say it aids digestion,” she told me. “Pooh, I think it’s an excuse to drink more!” (Later, when two friends arrived from London to join me in exploring Italy, we tasted the fiery grappa, made from grape skins, seeds and stalks, and liked that better.)

When I described the porcini mushroom sauce that I had sampled at the restaurant, Monica added it to the next day’s menu to be served with tagliatelle. The star of the show was the humble spinach gnocchi.

“Press the spinaches,” she urged me, supervising until every last drop of green liquid was squeezed into a bowl. After pressing, mixing in egg, Parmesan and ricotta, rolling in flour, boiling and baking, I hoped they would not be the bland, pasty balls found in grocery stores at home. They were not. They oozed flavor and complemented the simple baked veal and lemon juice dish. 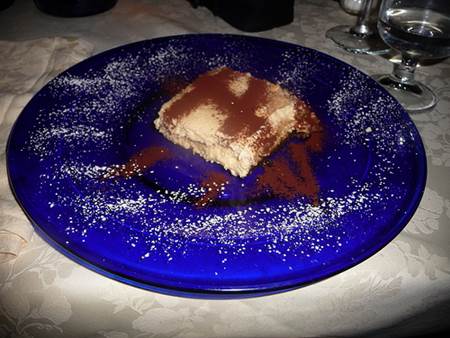 For dessert, tiramisu was my choice and I whipped the mascarpone with enthusiasm, while Monica dutifully prepared fresh espresso to drown the flaky lady finger biscuits. But her heart was back in the farmhouse. We would make apple cake as well, she announced, a simple, apple-topped golden cake, served fresh and warm. It was delicious…but so was the tiramisu. Salute!

JanÂ DeGrassÂ writes in Gibsons, British Columbia, where she is an Arts and Entertainment columnist for theÂ Coast ReporterÂ newspaper. She assists other authors with editing their manuscripts. Her novel,Â Jazz with Ella, was published in 2012. Also available from her website is her cookbook,Â Take Potluck! 101 Tasty, Simple Dishes for Your Potluck Party.