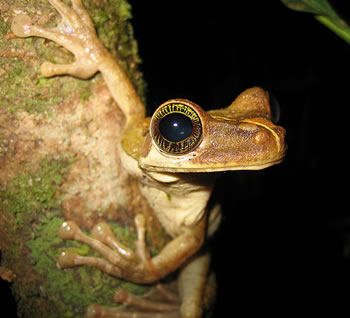 The dappled sunlight meandered through the canopy of forest overhead, casting patterns on the various shades of green.

I heard a rustle to my left and caught the shadow of a monkey, as it leapt boldly from one tree to the next.

“We’re lost,” the old German confirmed simply and mopped the perspiration from his brow, his face etched deeply with concern. “My son knows a little Spanish, and he understands some Portuguese. He says we’re off course and the sun is fading.”

Though no one else spoke English, I’d guessed about as much; as the hours had passed, the shadows had lengthened: and yet still we hadn’t made a move.

“Too bad survival training isn’t til tomorrow.” I looked over to our guide who stood apart from the group, his smile a little too wide to be sincere.

“We’ll be ok,” the German assured me, though his eyes said otherwise, before he turned his

worried gaze toward the jungle.

1.2 billion acres spanning nine different countries, the Amazon lay intimidating before us. And from our location at the base of the Anavilhanas Archipelago, we were a good thirty kilometers from the nearest town.

I’d wanted excitement, a chance to try something new and a holiday filled with adventure. Lured by tales of cannibalism and man-eating snakes, things were falling a little short of the brochure.

Sure we’d fished for piranha, and searched for caiman by torchlight; there’d even been a tribal dance and drums. But now our canoe had sunk and (along with our bags) had been claimed by the swollen Rio Negro.

“Vayamos!” The guide called suddenly and headed off through the trees, cutting swiftly through the vines with his machete. When the others all followed him, I hurried to catch up, my feet stumbling slightly in my haste. I stepped over moss, and avoided the gnarled roots, as my eyes scanned the ground for sticks that slithered. 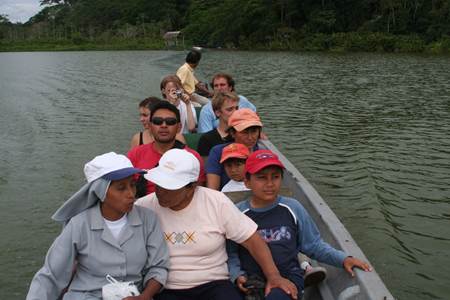 “Apuro! Go!” The Argentinean behind me urged with impatience, his voice squawking like a bird in the near silence. As branches slapped at my face, and leaves caught in my hair, I heard him mutter “Chica Tonta,” with distaste. I was a foolish girl to him, who wore sunscreen and packed a hairdryer, then was naive enough to try and plug it in.

I pressed on determined as we marched single file, the humidity overwhelming, and our throats dry.

Dusk began to settle and the trees grew sparse, as we approached a small village in a clearing. Rustic, yet quaint and dusty despite the recent rain, the houses looked basic but full of charm.

“Oi! Oi, boas-vindas!” Several children called to us and waved, seemingly unconcerned by our appearance from the trees. Wearing neither shirts nor shoes, they played soccer in the dirt and welcomed us with shy smiles to join their game.

To the left, little girls chased chooks and laughed with glee, while their mothers watched over them protectively. And down by the river were some women about my age, who beat wet clothes against a stone to get them clean. They looked up at me and smiled, though continued with their work. Feeling inadequate, I turned back to face my group.

“What are they arguing about?” I asked the German, and sat down wearily beside him on a log – nodding towards our guide and another man. Their voices were raised, and expressions were tense, the latter gesticulating wildly as he spoke. He wore ragged shorts and a polo shirt; the color once red now faded pink.

“They’re bartering,” he sighed, and used a branch to fan himself, though the movement created little breeze. The German pointed to a hut built on stilts of rotting wood, the roof sparsely thatched with reeds and straw. “That man owns the general store and they are fighting over water, as we have nothing to offer them in return.”

I fished in my pockets for a handful of cash and the rest of the group stared amazed. “Why don’t we just pay for it?” 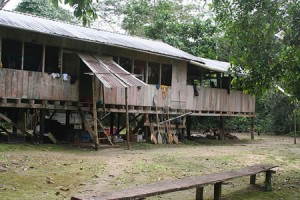 The sky turned black and cast a million stars of light, and the hum of the forest came alive.

“What made you bring money on a jungle trek?” the German asked, his face creased warmly with a smile. And as my own flushed crimson, taunts of “Chica Tonta” filled my head, though I decided to admit the awkward truth.

The German laughed uproariously and wandered off to find his son, and the old Argentinean shuffled over.

“Gracias,” he said and raised his drink in thanks, and I noticed a small tree frog by his arm. “Muchas gracias.” And as he swatted at a bug and ducked in reflex from another, for the first time he used my name.