Home / WanderTales / Latin America / A Cruise to the Falklands, South Georgia and Antarctica 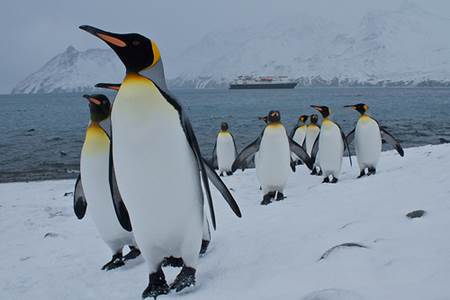 “Act like a penguin and you will be accepted as a penguin,” Frank Todd, our expedition ornithologist, briefed us as we buckled our life jackets and prepared to go ashore.

Dropping anchor in South Georgia’s Bay of Isles, we filed off the gangway into eight-man Zodiacs, or RIBS (rigid inflatable boats). Mine was the first to fill and we sped away with the engine revving loudly, leaving a swell of icy water in our wake.

Crisp air filled our lungs as we bounced across the chop towards Salisbury Plain — a bay which, except for the broad valley sweeping through it, bears little resemblance to its English namesake.

As we raced towards the shore, it came alive with frantic fur seals that lurched in the shallows, splashed in the surf and wriggled up the beach behind. We were heading for a fur seal holiday camp and, with zoom lenses already extended, a flurry of camera clicks exploded from the Zodiac. 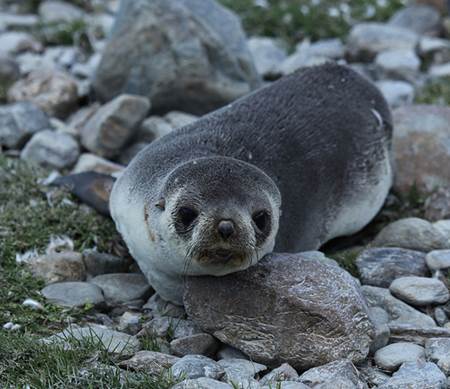 Having left port in Argentina, I’d spent the past week and a half rocking and rolling across the Scotia Sea with 100 other passengers, on board the 340-foot M/S Expedition.

For most passengers — an assortment of Canadians, British and Antipodeans, aged 16 to over 60 — the real appeal of this expedition was the white continent itself. Seduced by the mouthwash-blue glaciers and petrified seas of the BBC’s Frozen Planet documentaries, we were a party eager for ice. But, with our 18-day cruise heading to the Falkland Islands and South Georgia first, we’d have to wait until day 16 to set foot on Antarctica.

But no nature program could have prepared us for the experiences that lay ahead: as we cruised ever closer to the end of the earth, the gin-clear waters our ship was sailing in would become choked with ice, like an ocean of melting mojitos. At times, the surface of the sea would appear to freeze over entirely, slowing our progress to walking pace, as the bow of our ship pushed at the pack ice until it fissured enough to let us through. 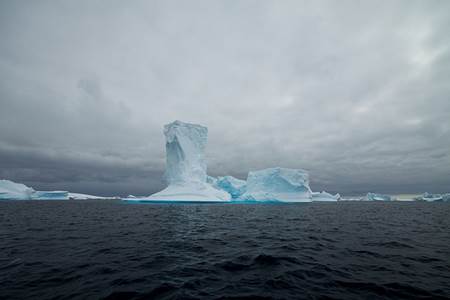 We would see icebergs five times the size of our ship, pocked with sun spots and fractured with wound-like crevices that glowed sapphire-blue inside. Weddell seals with frosted lashes, contorted coastlines encased in ice sculptures, research stations with no running water, and washed-up whale bones the size of fallen trees … all this, and more, awaited us in Antarctica.

“You may as well see it all though, if you’re coming this far south,” was a phrase that regularly got batted around at meal times, when guests justified booking this multi-stop tour rather than the Antarctica-only option.

But the Falkland Islands had been much more than a filler. We’d seen giant albatrosses feed chicks the size of terriers, watched spouting whales, and walked barefoot across white-sand beaches. And now, after three full days at sea, South Georgia already seemed set to exceed expectations.

As we entered the shallows, the engines of the boat were cut and the air filled with the purrs and grrs, snivels and sneezes of seal pups — a constant murmur beneath the barks and snorts of their parents, who lolloped along the water’s edge. 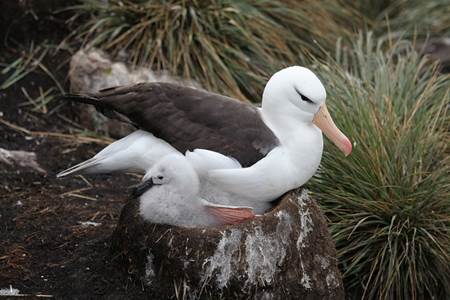 Swinging our wellie-booted feet on to the beach, we heaved the Zodiacs ashore as a squad of seals shuffled over on their fore flippers and cautioned us with low growls and sharp yellow canines.

As I waggled a trekking pole in defense, a party of well-dressed penguins paraded through a swarm of seal pups and waddled down the beach to welcome us. One particularly smart adult stepped forward and casually waved a wing at the scene behind him.

As I followed his gesture, my jaw began to drop — and kept dropping.

King penguins adorned the dunes in their thousands, packed out the plain beyond, and sprawled up the hillside until their silvery silhouettes merged into the horizon.

We had arrived at one of the biggest penguin parties on the planet. More than 100,000 of them populated the scene, and were bathed in a pool of golden light that radiated across the rookery like a warm glow. But searching the sky for a break in the clouds, I saw nothing but a solid mass of grey mist over the bay — a typical South Georgian sky.

“I think they look better in poor light,” Frank commented from behind me. “They really shine, don’t they?”

I nodded in agreement, suddenly realizing that it was their yellow-tinged chins that were giving off the glow.

Mesmerized, I picked my way across the pebble beach towards the colony, taking care not to squash the seal pups that fidgeted about my feet and doing my best to avoid their pugnacious parents. 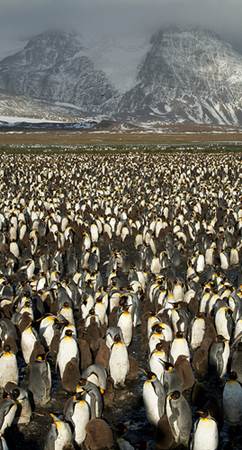 As pups gave way to penguins, growls and purrs turned to twitters and trumpet calls, and the musky odor of seal fur was replaced by the fusty smell of feathers.

Like a busy market, the colony was in a constant state of murmur and mutter. Every few minutes, the hubbub was cut through by groups of adults who would stretch their throats skyward, raise their beaks above the throng, and give a chorus of trumpet calls that echoed across the plain.

Their calls were answered by the squeak and whistle of indignant chicks, who sat in thick, fur coats, awaiting their next feed of fish. These infants take more than 14 months to go from fur ball to fully watertight and, until then, are beach-bound and at the mercy of the petrels and skuas, circling above.

Distancing themselves from their squeaking siblings, adolescents waddled around the rookery in various stages of molt, the remains of their baby fluff clinging to their lower bellies in pubescent fashion or adorning their crowns with unfashionable crops.

In contrast, their parents stood in perfect penguin plumage, their tuxedo coats acting as natural wetsuits, and each appeared to be wearing a set of carrot-colored earmuffs over a velvet-black hood — handsome markings which seemed to afford them inner confidence.

Seeing the next boat of tourists arrive on the beach, I set off to find a quiet spot to take it all in. But as I clambered across the dunes, I had the feeling I was being followed and turned to find I had a penguin in tow. Up to my waist in height, he wobbled along with his head down, webbed black feet slipping across the stones.

“They are prone to being groupies,” Frank had warned us during our briefing. South Georgia’s penguins have little reason to fear us. The only humans to settle on the island were the whalers, who came and went in the 1900s, and had little interest in penguin meat. Apart from the odd explorer, penguins have never been hunted by man, and their only visitors these days are groups of tourists and a scattering of scientists. Consequently, it appears, fear has been replaced with fascination. 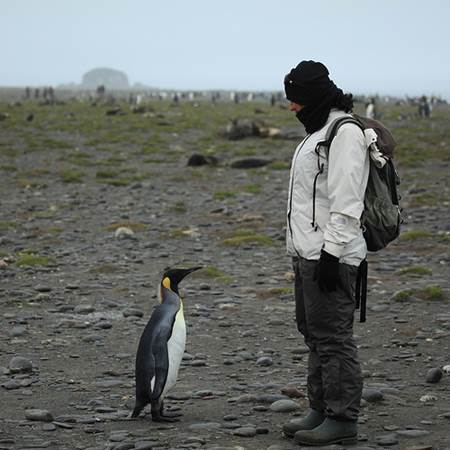 Finding a vacant mound of tussock grass, I sat down and let out a contented sigh. I had been unprepared for the sheer scale and overwhelming purity of South Georgia and now I was here, the stirring beauty of this virgin wilderness was almost too much to take in.

Gazing out across the bay, where immense glaciers licked down to the sea, and our ship lay dwarfed by the ice-clad peaks beyond, I heard a shuffle of stones behind me and soon found my feathered follower standing by my shoulder.

His khaki-colored eyes level with mine, the penguin followed my gaze out to sea, nodding his head as we took in the scene together. The pair of us stayed like that for a while, listening to the whimper of seal pups and watching the tide tickle the shoreline.

“Act like them, and you will be accepted by them,” I smiled to myself. I’m sure he was thinking the same.