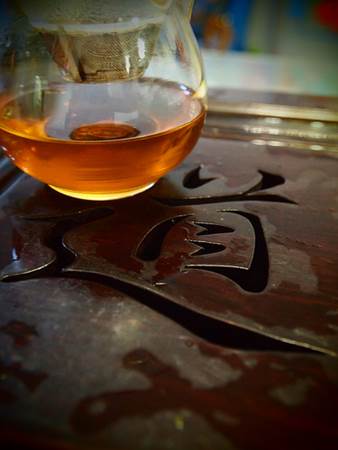 As I looked down at the shot of what could best be described as slightly diluted lighter fluid, I wondered how I could possibly refrain from having to consume more alcohol. Next to me sat my friend’s cousin – and he did not look good, despite the fact he had had only a fraction as much as me. Patches of his face were beet red. It was apparent he could not handle alcohol very well. My friend Jean sat on my other side, talking loudly with her Chinese relatives and friends about me, though I had no idea what she was saying. Directly across the large round table was my benevolent nemesis – my friend’s uncle who seemed to be entertaining an important government friend by challenging me to drink as much as him.

Thus far it hadn’t been too difficult. My main problem seemed to be stomach capacity. We had spent the day in a beautiful city in inland China. It was designed like an enormous castle with large thick stone walls and a moat around the outside. It had been a wonderful day. Her uncle had even taken us to a small outdoor kind of amusement park complete with a mini roller coaster on a hill and a pond where you floated and ran inside giant inflated plastic balls. But, as her family had done throughout our time in the different cities we had visited, I had done nothing but eat endless amounts of delicious foods.

Her family had taken note whenever I seemed to like something and, the minute we arrived at any restaurant, immediately ordered every dish I had ever seemed to have shown any interest in. Not understanding Chinese, it was always a pleasant surprise when my newly found favorites appeared in front of me. Eggplant swimming in delicious sauces, green broccoli-esque stalks steamed to perfection, sautÃ©ed spicy beef…I wish I could name and remember all the things I had eaten. The problem was that the food just kept coming. As soon as a dish was half empty, another would be ordered. I couldn’t say no. Everyone was too nice and everything was too delicious.

Which brought me to the situation I was in on this night. I had eaten enormous amounts of food at a low-key dining room for lunch. Then for dinner I had accompanied my friend and family to what at first did not look like a restaurant. For one, there was no dining room filled with people. Just a shiny lobby with a receptionist who led us down one of many long narrow halls. She finally stopped at a door and welcomed us into our own private dining room.

A large circular table filled most of the room and our party quickly sat and everyone started talking loudly while one woman began to order seemingly everything on the menu. We seemed to have an endless supply of waitresses, several of whom remained in the room to answer any immediate needs.

Someone had ordered beer for me, my friend and her cousin. In addition to stuffing myself silly with delicious food, I drank frequently from a glass that was never allowed to reach half empty. Soon, it became clear that the cousin was not holding up well. There was a brief moment of respite when it appeared that the meal was coming to a close. Not speaking Chinese, I was always out of the loop and was thus surprised to see even more food ordered. 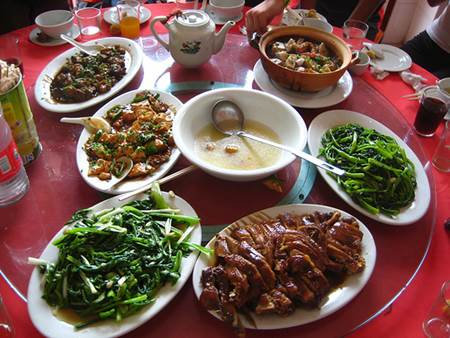 ItÂ was during this moment that their uncle, who sat across from us, noticed the state of the cousin. My friend’s uncle was not as you might imagine him to be. He was taller than anyone else I had seen in China to date. He had a large build and his hair and face reminded me of a Chinese Elvis. He commanded presence in a room and in general people seemed to pay him deference. He had an obvious affection for his niece and nephew and took his responsibility for watching over us during our travels seriously. He seemed to have altered his general schedule to work from one of several cell phones so that he could hover nearby whenever we went sightseeing or shopping.

Uncle Elvis appeared to be conferring with his neighbor about how this small American female was holding her liquor better than his nephew. My friend joined in the conversation and soon everyone was laughing and seemed to be discussing something about me. Uncle Elvis ordered something from one of the nearby waitresses and before I knew it shot glasses were put in front of me, the cousin and most of the men. A clear, strong smelling liquor was squirted from plastic bottles into the glasses. Having never seen hard spirits sold or poured in this way, I eyed my drink suspiciously. One sniff confirmed that this was much closer to rubbing alcohol than to vodka. Despite my trepidations, I wanted to be seen as the appreciative guest I was and joined the others tipping my head back to swallow the nauseating liquid as quickly as possible.

I was concerned to find that my shot glass was refilled despite my protests. While I did not speak their language, a hand over the top of a glass seemed to me to be fairly universal. I attempted to have my friend intervene on my behalf – but she was of little help. She told me that her uncle found it all amusing and wanted to keep drinking with me. Indeed, he did look very enthusiastic on the other side of the table. He and his friends already had their next rounds up in the air and were waiting for me to join in. I reluctantly downed the next shot and hoped that would be the end. 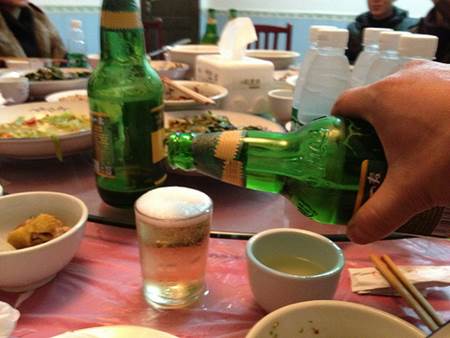 All this time, more and more food was arriving. Women from around the table kept gesturing to me and telling my friend which dishes they had ordered especially for me to try. I found it hard not to at least eat bites of the food suggested to me. It was all delicious. I was simply afraid my stomach might explode. The uncle also made sure to keep my shot glass full, though he seemed to be done torturing the cousin who sat slumped in his chair with his head on the table. Uncle Elvis and his friends remained thoroughly amused as I continued to match them shot for shot. Things got increasingly fuzzy as I attempted to accommodate the large amounts of both food and alcohol. Finally, the men on the other side stood for one final shot and toast and I rose to join them as we swigged back the alcohol.

As we walked away from a table still laden with food, I have to admit that for the first time in the trip I felt included in the group. Food and drink are perhaps the oldest and best way to connect with others, no matter where in the world you are from or what language you speak. Plus, I felt as if I had honestly earned my supper and was glad to have been able to repay some of my hosts’ generosity – even if it was by taking shots.