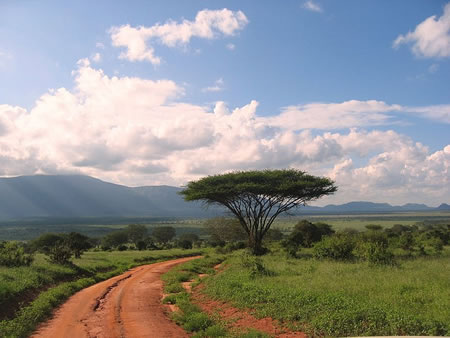 I opened the front door to another sunny Kenyan morning. I jammed my dirt-encrusted feet into my flip-flops and shuffled to our outdoor drop. Kenyan mamas were lined up outside the dispensary and their wide-eyed babies watched me just like they did every morning as I walked past the sugarcane, around the banana tree, over the fire pit … and almost stepped on a medium-sized dog.
It was an ordinary Kenyan dog–mangy, dirty, thin–but it didn’t run away like most of them did.

“Are you seeking refuge down here?” The wandering eyes peeked up at me from under a thick set of doggy eyebrows. “Good luck with that,” I muttered as I closed the door to the choo behind me.

I scrubbed laundry while my husband, Cory, burned garbage in the fire pit–daily chores we’d become accustomed to in our six months since moving to the country. He dumped the remains of food scraps we’d gathered over the past few days on top of the paper pieces and bits of floor fuzz we’d swept up.

“Get out of there!” Cory hissed. The dog had returned to salvage the rot-stricken food from the burning coals. Cory swatted at him with a stick.

“Don’t hit him!” I flinched at the prospect of my husband–one of the most compassionate people I’d ever met–becoming so comfortable with local custom.

“I don’t want him to burn himself,” he said.

We watched the dog, who was crouched among broken banana tree leaves licking a wrapper pulled from the pit. His eyebrows 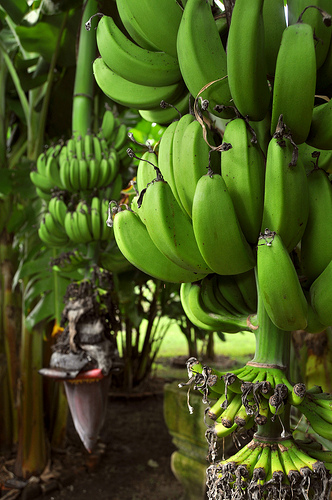 wiggled as he glanced from us to his nightly meal.

The white dog had brown and beige spots, and he looked like an oversized Snoopy to me, but he didn’t appear to be any sort of discernible breed. “He’s sort of cute,” I said, sliding into a rare moment of vulnerable empathy.

Cory shrugged. “Looks like a Kenyan dog to me.”

As the days wore on, the dog became a frequent visitor. Convinced he would disappear once the rainy season began, we let him hang around at a distance. No need to get close to him–we didn’t want the added responsibility of taking care of an animal.
Cory and I were throwing down the final cards in a rummy game one morning when our supervisor knocked on our open door. “Hodi!” he called. He glanced around the living room, taking stock of our belongings with his head cocked sideways to compensate for his lopsided eyeglasses.

“You have made a pet?” he asked, referring to the sleeping pooch who’d dug a hole in the dirt to suck up the morning sun. “He is quite tired, but he is your dog.”

“No,” I reassured our supervisor. “He is not our dog.” I glanced at the dirty mass of fur, surprised to find him hunched in his hole, fighting the urge to bare his teeth at our supervisor.

Gicheru laughed. “He is protecting you.”

I smiled. Yes, he was protecting us.

We’d taken to giving the dog our dinner scraps, and against our better judgment, we also gave him a name–Butch Mbwa (like most Kenyans he had two names, the second of which meant “dog” in Kiswahili). He was a picky eater who passed on beans and canned meat but wagged his tail like a puppy whenever mealtime came around anyway.

When the rains began, we hoped Butch Mbwa would finally choose his actual home over ours. In mid-October, I opened the front door to a torrential downpour. I jammed my mud-caked feet into my soggy flip-flops and shuffled to the choo. The Kenyan mamas lined up outside the dispensary watched me as I walked past the sugarcane, around the banana tree, over the fire pit … and almost stepped on Butch Mbwa, who was curled into a small, shivering, filthy ball of fur. 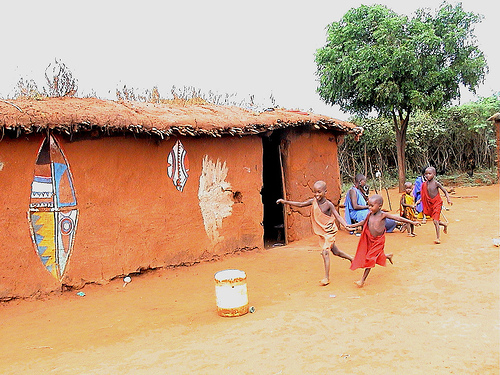 “Oh buddy.” In the hyper-emotional state this weather had left me in, it was all I could do to hold back tears.Â  I pet Butch Mbwa’s soggy head–the driest portion of his fur which bled red mud into a puddle beside him. Even in his sorry state his tail gave a few satisfied thumps.

“Butch Mbwa is outside,” I told Cory after returning from my morning bathroom run. “He’s pathetic. What should we do?”
Ten minutes later we had a muddy dog lying on a towel right inside the front door, which we left cracked so he could easily escape if he desired.

Butch Mbwa often stayed for days at a time as a smelly, wet bundle of fur beneath the overhang. We worked up a rudimentary sketch of a doghouse which a local carpenter made out of scrap metal and wood. Now the mamas really had something to gawk at; the idea of making a house for a dog was ludicrous and completely un-Kenyan.

“So if we’re feeding Butch Mbwa and we built him a house … ” I let the words hang in the air one evening as we dealt another hand of rummy. We both knew where the conversation was heading.

The next day Cory wandered off to find Butch Mbwa’s owner while I did laundry between rainstorms. Butch Mbwa, now our faithful sidekick, watched me lazily.

“Can you handle life in America?” I asked him. He wagged his tail from the soggy hole he’d dug in view of the sun. I contemplated the logistical nightmare of owning a pet in Kenya, a place where animals are dispensable and considered equal to the trash dumped in the ditches. It was a place where I’d witnessed people trying to run the dogs off the road intentionally, a place where throwing rocks at them was a daily pastime. We were definitely setting ourselves up for a challenge.

Even so, I felt a satisfying bubble swell in my chest at the thought of having another companion in this often lonely place. I became increasingly excited about Butch Mbwa joining our family when Cory came down the path, shaking his head. “His owner won’t sell him.”

My stomach felt hollow. “What?”

“Sorry babe. I tried my best. He told me Butch Mbwa wasn’t for sale even though I told him everything’s for sale in Kenya. There’s nothing we can do.” 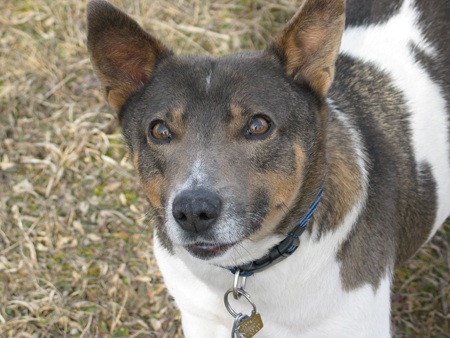 It was too late. I’d become emotionally attached. I cried. I pleaded with Cory to explain why we couldn’t have Butch Mbwa, though I knew he didn’t understand the owner’s reasoning and was probably hurting from the rejection as well.

I sat outside our home, rubbing Butch Mbwa’s greasy, filthy fur. “I’m sorry buddy. We tried.” His tail thumped in the mud. Even beneath the thick, sad eyebrows, he looked happy that, even for a moment, a day or a couple months, he could stay with us, safe from the threats he met beyond the compound.

We sat in silence, except for the occasionally “thwump” of his tail hitting the ground. His eyes began to close. I began to pet slower and more gently, then pulled my hand from his back. It was caked in black dirt. Butch Mbwa would never know a life beyond this, and it made me sad.

But to counterbalance the emotional downward spiral I’d been feeling, we came to realize that everything really is for sale in Kenya. Within a week of Butch Mbwa’s owner’s refusal to sell his dog to someone who cared about him, he came around and decided food for his family was more important than his dog. Butch Mbwa became ours for a mere 500 shillings, about five American dollars.

Even though the wag of his tail had always been commonplace and happy in the face of such depressing circumstances, I think his tail thumped the ground just a bit harder and happier the moment he officially became ours.

As days went by, mamas lined up at the dispensary still stared at me, but they simply existed as part of the background. This was a new Kenya–one of banana trees, burn pits, sugarcane … and Butch Mbwa.

JoAnna Haugen is a former Peace Corps volunteer who can often be found planning her next great adventure from her home in Las Vegas. Her journeys have taken her down the Nile River, up the Inca Trail and through the rainforests of Australia. Follow JoAnna’s travels at Kaleidoscopic Wandering.