I’m embarrassed to admit that I don’t get down to Portland nearly as often as I would like. It’s only three hours from Seattle, however, it seems like it’s easier for me to find time to fly to Bangkok than to drive to PDX.

Portland is smaller and more laid-back than Seattle, yet still a bustling metropolis with plenty to do and see. Portland’s arts and cultural scene serves up theaters, museums and venues galore. Its natural surroundings meld seamlessly with the city, which includes several large parks within its bounds worth exploring. And, perhaps most importantly, the city is chocked full of delicious restaurants and eateries, from famous Voodoo Doughnuts (including vegan treats) to brew pubs to upscale restaurants. 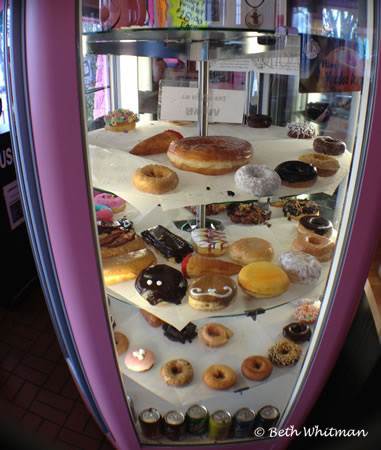 My ideal day in Portland includes a little bit of everything that makes this city the fun and quirky place it is. Here are some things to see and do in Portland if you have 24 hours.

Morning: Yoga atÂ Yoga Pearl
I discovered this place by accident when I was looking for something healthy to eat (see Prasad, below). Located in the Pearl District adjacent to Prasad, the studio accepts drop-ins for under $20 for a single class, and the schedule includes a wide variety of classes. This is a great place to start your day.Â

Breakfast: Prasad Cuisine
After yoga, have breakfast and/or juice at the adjacent juice bar and cafe calledÂ Prasad Cuisine. The menu is entirely sustainable and organic, which is not only very Portland, but also a wholesome and delicious way to start your day. After a hearty breakfast, grab one of their healthy juices to go. Be warned — the green juice is very green.Â 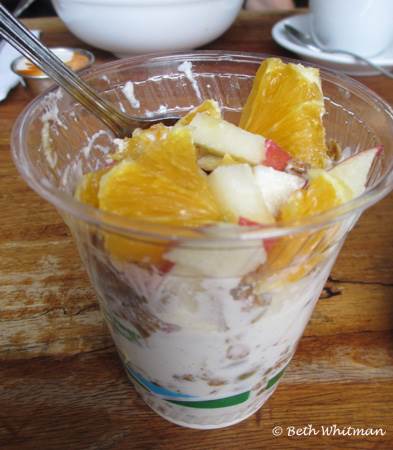 Late Morning: Pearl District
Portland has several areas of town that no visitor should miss. The Pearl District is one of these. A rehabbed industrial area now filled with cool shops, art galleries and more, the Pearl District is also home to a store unlike one you’ll find anywhere else. That’s right, Powell’s Books is here. Powell’s is the largest indie bookstore in the entire world–it takes up an entire city block at more than 68,000 square feet. Venture in. Wander its hallowed, color-coded departments. Marvel at the sheer number of books. I never miss a chance to visit Powell’s when I’m in Portland.

Once you’re done at Powell’s, check out Tanner Goods, a store filled with locally made products with a focus on design and quality. You’ll find wallets, belts, bags and other items, all of which make excellent gifts for others or yourself. If you regret not making a purchase while there, you can place your order online.

Finally, stop at Cargo Imports. Cargo Imports brings in what they call “uncommon” objects from around the world (but mostly Asia), and indeed the variety is staggering. You’ll spot furniture, textiles, party supplies and novelties.

Give yourself plenty of time at Cargo. You could meander the tiny aisles for hours and still not see everything.Â

Lunch
Portland is a city of food carts, with more than 600 within the city limits. Carts tend to clump together, which makes cart hopping all too tempting. Why have one dish for lunch when you can have several? For lunch, take aÂ food cart tour, either on your own or with a tour group that will lead you to some of the best food carts in Portland.Â 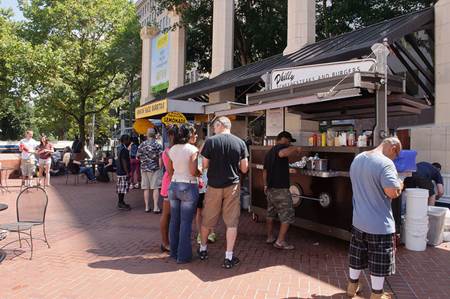 Afternoon: Go to a park
Use the afternoon to walk off all that you’ve eaten by going to one of the city’s many parks. Portland has two parks worth special note–Forest Park, one of the largest urban parks in the country that has about 70 miles of trails within its leafy bounds, and Washington Park.

Washington Park is also quite large, and includes some of Portland’s main attractions alongside 15 miles of trails. Attractions include the lovely Rose Test Garden, with views of the city, Portland Zoo and the Portland Japanese Garden.Â

Late Afternoon: Check in at your hotel and relax
I recommend staying at the Hotel Monaco. After you check in, relax from your walk with the hosted wine and beer hour from 5 to 6 p.m. each night in the lobby. Not only will you get to kick back in style, but you’ll also get to taste some local beer and wine. Portland and its surrounding areas are known for their amazing libations.

Â All the rooms are quite unique at Hotel Monaco (a Kimpton property). We had a live goldfish in ours. In the morning be sure to pop back by the lobby for hot chocolate (with marshmallows), tea or coffee. 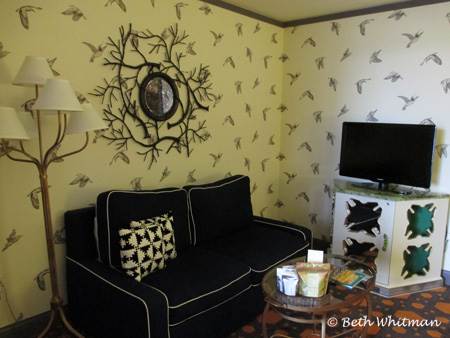 Dinner: The Farm Cafe
The Farm Cafe gets points for its location in an old Victorian house. It gets bonus points for the delicious menu items, which focus on a fresh, farm-to-table philosophy, but are also incredibly inventive. An excellent list of local microbrews, wines and cocktails doesn’t hurt either.

Evening: Entertainment and beer
Portland’s nightlife is varied. While there are clubs in town, you’ll be much more in the vein of all things Portland if you head out to a local brew pub or microbrewery such as Deschutes Brewery’s brew pub. Music venues are located throughout downtown, as are night spots that embody the unique quirk embraced by the city, such as the Darcelle XV Showplace, a drag and comedy show that’s been going strong since the 1970s and is still headed up by Darcelle, the oldest drag queen on the West Coast!

I’m not a beer drinker but still find it fun to go to one of the brewpubs, as much for the music as the people watching.

Previous Post: « Tips for Driving on the Wrong Side of the Road
Next Post: Clothes to Pack for Long-term Travel »