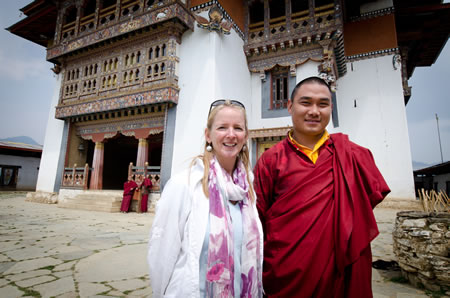 My first big trip abroad was a year-long backpacking adventure through Asia. Even with little money in my pocket (I had to stop in Australia to work for a few months in order to fund the second half of my trip), I’ve always been moved to give back to the communities that I have visited. Other travelers will agree that it’s hard not to want to help when you see immense poverty in developing countries.

For me, it started in Vietnam in 1992 when I saw how desperately poor the people were and I realized that just a small amount of money could help change the lives of the locals. I returned from that trip and was inspired to help found the Greater Seattle Vietnam Association, a non-profit sister city organization linking Seattle with Hai Phong, a port city in Vietnam’s Ha Long Bay region. In the nearly 10 years that I was a board member, we supported many projects in the area including building a playground at an orphanage.

I’m now thrilled to be a co-founder of Passports with Purpose. Our Seattle-based charity is in its 5th year and our most recent success was raising nearly $90,000 to build 2 libraries in Zambia through Room to Read.

I’m now taking things one step further and have created the WanderTours Giving Program to make giving back an integral part of WanderTours. A portion of each tour participant’s cost will go to a project or non-profit organization in the country that we visit. The group will then have a chance to see that project during the tour.

In Bhutan, we just gave funds to a Buddhist nunnery in the Tang Valley region. I visited this nunnery in 2009 with one of our groups while it was still under construction. We were all struck by the fact that the nuns themselves were laboring to build the facilities. Unfortunately, they don’t have the same sort of support that the monks have at their monasteries, where community and government money floods in and day laborers are hired for the work.

Upon returning to the nunnery on this trip, I was ecstatic to see that the majority of the 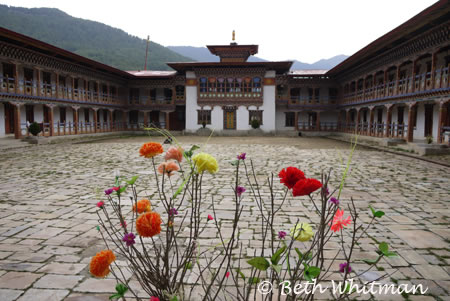 buildings, including their main temple and their dorm rooms, were completed (right). They are still building a cafeteria that will be located just outside of the main area, but much of the work is finished.

Other programs we’re working on include building a water tank/catchment system for a community in Papua New Guinea and supporting a nunnery in Burma. We’re also looking at programs in Northern and Southern India that will likely include programs such as Sambhali Trust, helping young girls gain self esteem and access to health and education.

While our donations and projects may be modest, the point is to leave the region a bit better off than when we arrived. It’s easy to say that you’ve been there, done that. But how many can say that they’ve also helped improve the living conditions of the locals?

If you have any suggestions for programs we might support in the countries where we have tours, feel free to contact us with your ideas: beth (at) wandertours (dot) com.