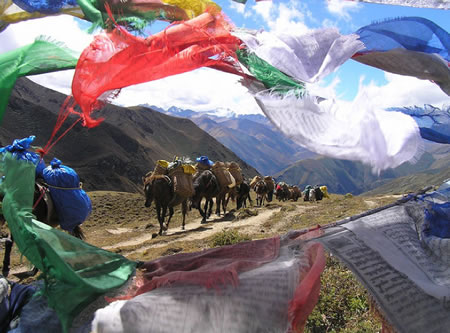 If you’ve been keeping up with me on Facebook (and if you haven’t, why not?), you know that I’ve been doing P90X.

Five weeks ago, I didn’t even know what P90X was (I don’t watch TV so have never seen their infomercials). It wasn’t until Monica, one of the gals on our Seattle Culinary Tour, mentioned this extreme workout that I took notice.

P90X for those of you also TV-deprived, is a 12-DVD workout program that spans 90 days. In essence, each day you’re working different muscles or doing cardio in an attempt to keep your muscles working and growing optimally because they plateau if you do the same exercises over and over (like I was with running). It’s this thinking that has fueled the recent Crossfit craze. Believe me, this info, in addition to the strict nutrition program that goes along with it, has been a huge learning curve for me.

So what was the draw for me? Well, I started running a couple of years ago as a way to work out while I was traveling. But I noticed that my muscles were tight and that doing three miles, three or four times a week, were really all I was interested in (because running kinda bores me).

When Monica mentioned P90X, I knew it was just what I needed. Because…

I need to get in shape for the Snowman Trek in Bhutan next year.

What is the Snowman Trek? Well, it’s considered the hardest trek in the world (go big or go home, eh?). The trek itself is 24 days and covers 11 passes, many over 16,000 feet and covers the Himalayas in Bhutan.

I’ve led a couple of treks in Bhutan before (the Merak/Sakten Trek in the east and also the Laya Trek – which is actually part of the Snowman Trek) but this one, because of the altitude and because of the number of days, is going to require a tremendous amount of stamina, strength, and determination.

When you see the photos in our itinerary, you’ll get a flavor as to how pristine and uniquely beautiful this trek is, but also take a moment to look at these photos on Flickr from Ryan Goebel who did the trek in 1997. (Be sure to scroll through to page three of the photos, where you’ll find photos of the gorgeous mountains and lakes.)

The Snowman Trek is only for the experienced hiker with the physical ability to trek for long periods at altitude and who has the right temperament (no whiners, please) to endure extreme and harsh conditions.

After hearing stories from people who have completed the Snowman (including Kevin Grange who wrote the book, Beneath Blossom Rain, about his experience on the trek), I’m confident that this is going to be one of the most incredible experiences of my life.

For now, I figure if I can make it through P90X, it’s a good start for getting super fit for the Snowman :-).

Because of the nature of this tour, we’re limiting the group to 12 and have already had a number of very serious inquiries about it. Interested? Please let me know ASAP so we can discuss whether this trek is a good fit for you!