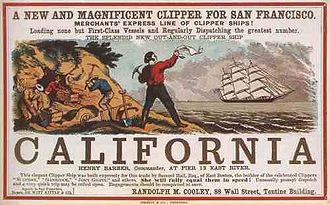 I used to think that if I were alive in the mid-1800’s, I would have jumped on a steamship, railroad or wagon and made my way to California for the Gold Rush. Yes, the allure of great riches would have been part of the attraction, but the adventurous nature of it all would have been as big a draw for me as striking it rich. Though it was men who led the efforts with wives and children in tow, I’m sure I wouldn’t have been deterred as a pioneering woman.

In much the same way, in the early part of the 20th century, Australians made their way into the interior of nearby Papua New Guinea, one of the most remote places on earth, in search of gold. This first expedition, led by the Leahy brothers in 1930, was documented in the film First Contact. This was quite literally the first time these tribes had seen white men. It frightened them, to put it mildly, as they thought these men were the ghosts of their ancestors who had been bleached by the sun.

The discovery that this jungle wasn’t as impenetrable after all and that it was home to perhaps a million or so inhabitants, opened the floodgates to the outside world. Missionaries, eager to convert and save the souls of these “primitive” tribes as well as miners eager to exploit the land, 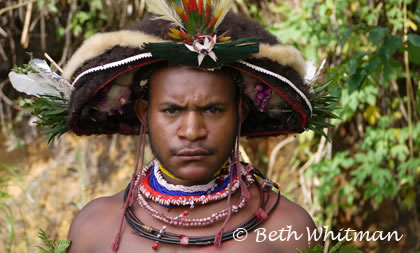 inundated the region, turning a culture that had survived for tens of thousands of years on their own, into a complicated country straddling the 21st century and neolithic times. Today, along with Christians and precious metal exploiters, timber companies and, yes, even tourists, regularly travel to PNG for reasons of their own.

The missionaries have literally put the fear of God in these people (who not long ago knew nothing but their own spirit world) and have shamed them into wearing western-style clothes, while mining and timber companies strip away their land, dignity and culture. I obviously have strong opinions about these changes and the figurative rape of these cultures.

When it comes to tourists, however, my opinion softens and the line seems to blur. Most travelers do not set out to harm or change a culture, though there isn’t one of us who hasn’t committed some faux pas that was sure to leave the locals scratching their heads. And, really, any sort of contact between a native population (particularly those as fragile as in Papua New Guinea) and outsiders is sure to change both parties.

While I wouldn’t want to deny “improvements” to the lives of these ancient civilizations, I’m not sure whose definition of “improvement” is appropriate and who gets to say what is right and what is wrong. Are the missionaries so wrong as to want to provide clothing and medicine for people? Are mining and timber companies, with their promise to bring money and better living standards to these regions, doing harm? What about non-governmental organizations that are helping to educate, prevent malaria and lower the child mortality rate?

Unfortunately, the PNG government is so corrupt that they can’t be relied upon to help oversee such “progress.” So it’s left up to these outsiders to police themselves. And at least in the case of mining, timber and natural gas projects, that’s proven to be disastrous. (See this article about gold mining in Papua New Guinea on the CorpWatch website.) 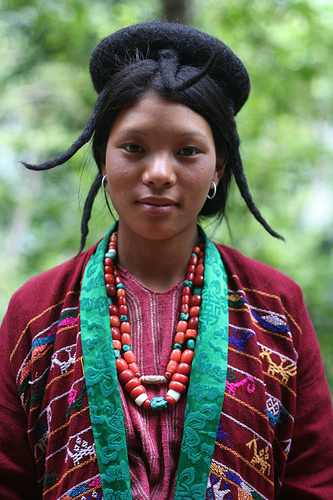 As late as 1993, a first contact was documented with a tribe in PNG. At least one tour company is claiming that they are still making first contact on expeditions and bringing small groups to see these “stone age” people. As exciting as it sounds (more adventurous than the 1849 Gold Rush!), I know I wouldn’t want to be a participant on one of those trips. Though every traveler leaves behind some wake of damage, I wouldn’t want to be responsible for frightening an entire village because they thought they saw in me a ghost.

In October, I am leading a small group to Eastern Bhutan, an area that just opened up in the past few months to tourists, and where men and women (like the one pictured left) wear traditional outfits and have had little outside influence. I do have some concerns about this peaceful nation, steeped in Gross National Happiness, having so much input from the Western world. But in Bhutan, unlike in PNG, the government is helping steer them into the 21st century in a way that will cause as little damage as possible to their environment and culture.

Ultimately, I don’t believe we should stop traveling simply because our influence has the potential to change other cultures. Rather, I think we SHOULD travel, because what we learn changes us and helps us to relate to and appreciate our own environment and culture.

And as for the California Gold Rush? Those early explorers exploiters were no better than the companies currently working in Papua New Guinea. They fought with and pushed Native Americans off their land and also caused damage to the environment. I guess I’m kinda glad I wasn’t around then – I would have been tempted by the adventure but wouldn’t have had an outlet to share my thoughts.