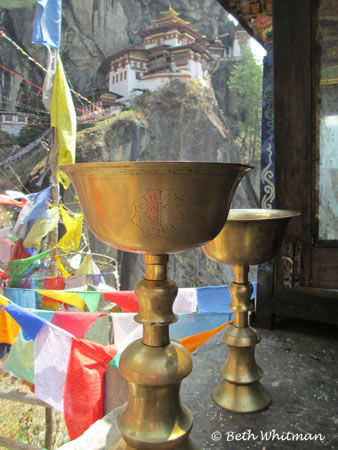 I admit it. The first time someone mentioned Bhutan to me, I had to Google it. I had no idea where it was located. Shortly thereafter, I was leading a tour to the Kingdom.

Most people to whom I mention Bhutan, have the same puzzled look that I once had. But with visits from Oprah, John McCain and Michael J. Fox, it HAS become a tad more mainstream.

(Pssst, we want you to be like Oprah and go to Bhutan. See below on how you can save 5% on our 2014 Bhutan tours by booking on or before February 15!)

I have now been to Bhutan eight times and am getting ready for my ninth trip in just a few short months (can’t WAIT!). So what makes it so special?

Bhutan is a country where magical things appear from around corners, monasteries and markets. It’s where the King shows up at festivals. Where the royal family dines in local restaurants and mingles with our tour groups. Where monks will spend time to show you how to meditate. Where the snow-capped Himalayas suddenly appear in the distance when your vehicle turns a bend along the country’s one main road. And it’s where the King and Queen stop in small villages to meet the locals (one of our groups met them both the day after their wedding!).

Bhutan is a place where preserving an ancient culture, religion and pristine landscape are more important than being overrun with tourism. Yup, you heard that right. While the number of tourists is NOT limited, a high daily rate set by the government and a lack of flights and hotels do a fine job of prohibiting people from visiting. 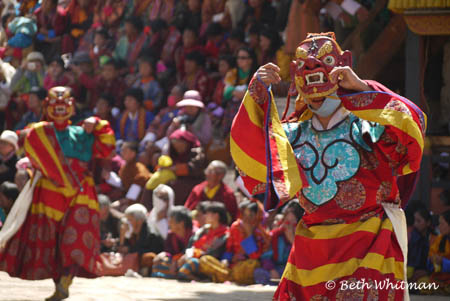 Is it your dream to go to Bhutan, the land of Gross National Happiness?

Here’s what to expect: 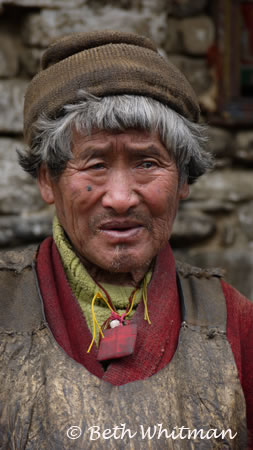 This year we’re offering three tours to Bhutan! And if you book any of them prior to February 15, you’ll save 5% on the land portion of your trip (this applies to new bookings only). 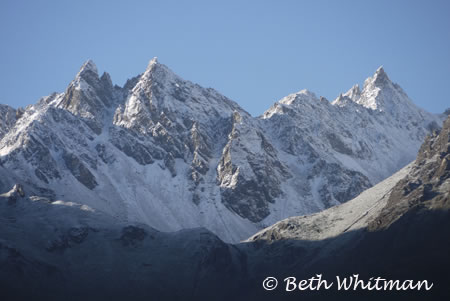 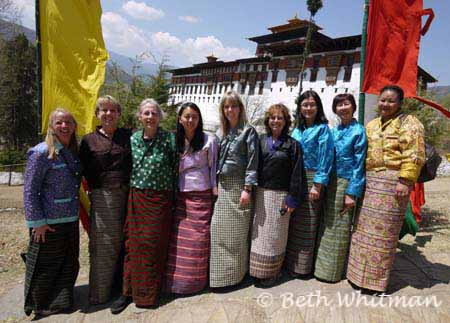 *Â  Also – every participant on a tour with a departure date in 2014 will receive a free Donner Bag ($65 value!) from Overland Equipment in her choice of color.

Your tour deposit must be received on or before February 15, 2014 in order to qualify for the 5% discount. Does not apply for tours booked through a travel agent.