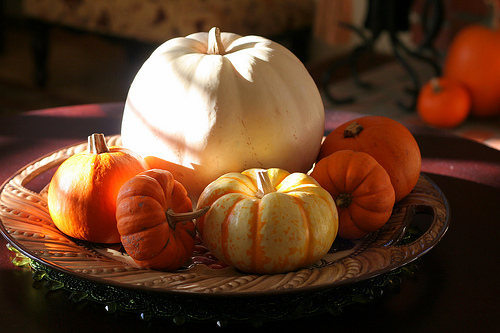 I have much to be grateful for: Jon, my family, friends, home, neighborhood and good health. My needs are met (and then some) and, really, I couldn’t ask for more.

I’m also grateful that for more than half my life, I’ve been a traveler. Many of my trips have been to developing countries: Vietnam, Cambodia, Thailand, Indonesia, India, Nepal, Bhutan, Mexico, Guatemala, Honduras, El Salvador, Costa Rica, Panama. I’ve always been attracted to the vibrancy of these cultures. The markets. The creative ways in which the locals get by on so little. The absolute enthusiasm to better themselves. The way communities and families are so close-knit in order to support each other – financially, emotionally and physically.

I’m sure that it’s through my experiences as a traveler that developed my belief that those of us who are privileged enough to have our needs met have an obligation to help those who aren’t as privileged.

In Seattle, I’ve spent much of my non-travel time doing volunteer work. For 10 years I was on the board of the Greater Seattle Vietnam Association (a sister-city organization) and for the last 9 years, I’ve been a mentor, through Big Brothers Big Sisters, to an under-privileged Vietnamese girl (now 18!). My desire to volunteer grew directly from my travels in Southeast Asia.

I first visited Cambodia in 1992. It was a time when NO ONE should have been visiting Cambodia. Four military factions were vying for control of the country. Every night, the Khmer Rouge were mining the roads and train lines to inhibit travel (for that reason the first car of a train was always free and you never wanted to be the first taxi/bus/truck/car on the road in the morning). Gunfire could be heard day and night. I learned, first-hand, the difference between an AK-47, rocket launcher, rifle and hand grenade. 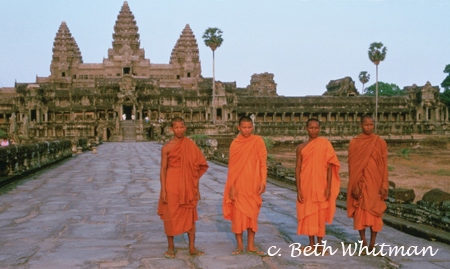 In 1992, other than a handful of intrepid travelers, the only people that were at the temples of Angkor Wat were monks. Today, nearly 2 million people visit the temples each year.

As I traveled overland from Phnom Penh to Siem Reap (a dangerous but cheap method to get to the temples of Angkor Wat), I watched young children run after our taxi in the barren countryside. And I watched as the taxi driver threw riels (the local currency) out of the window to these kids who were destitute and desperate. For those living in rural areas, the only way to make money was to chase after the few vehicles that rode through one’s village and hope that the occupants would toss them some spare change. 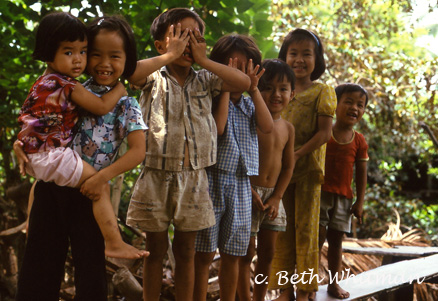 I was forever changed when I realized the depth of their desperation and I’m sure that’s what moved me to return to Seattle and become so involved in volunteer work.

For those unaware of the atrocities of Cambodia, allow me to provide a brief history. In the late 70’s, the Khmer Rouge, in an effort to create a completely agrarian-based society, killed an estimated 1.5 million people in a country of just over 7 million. They tortured, murdered, starved and maimed anyone thought to have any level of intelligence, including doctors, teachers and monks. Peasants were marched into villages and made to work, often ’til death. Children were separatedfrom their parents.

In 1992, every Cambodian I met whispered to me (still frightened by the Khmer Rouge) about the atrocities and told me how many people in their family had been killed. They were nice people, but reserved. Obviously shocked into silence and fear after years of absolute terror. 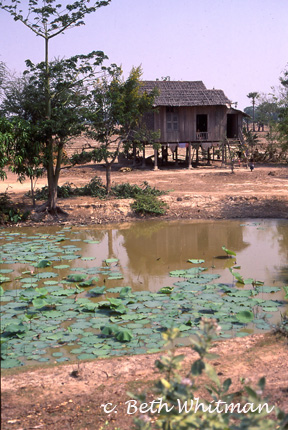 Seventeen years after that visit, I find myself humbled by an opportunity to help the next generation of Cambodians.

As you may know, I’ve been working with Debbie Dubrow from DeliciousBaby, Michelle Duffy from WanderMom and Pam Mandel from NerdsEyeView on our second annual fundraiser, Passports with Purpose. This year, we are raising money to build a school in Cambodia. I’m humbled because of the support we’ve already received from the travel community. Companies have already pledged dollars to support PwP (thank you Virtuoso, Raveable, HomeAway and GotPassport). Bloggers have committed to procuring prizes for the fundraiser. And hotels, manufacturers and service providers haveÂ  donated raffle prizes.

Luckily, Cambodia has come a long way since that visit in 1992. The very first genocide tribunals are taking place in Cambodia as I write this. Five-star hotels have cropped up. Two million tourists arrive every year. And NGO’s like the American Assistance for Cambodia (AAfc) have stepped in to educate the children.

Funds raised through this year’s Passports with Purpose (we’re shooting for $13,000) will go directly to AAfC to build that school! This non-profit organization has already built over 400 schools throughout the country in rural areas. Soon, we’ll be adding the Passports school to their amazing track record.

So today I give thanks, particularly to Debbie, Michelle, Pam and Peyman, who put their technology brains together and created the PwP website while I was traipsing around India and Bhutan. Thanks to Meg Paynor who has offered us her amazing PR talents to help with publicity. And thanks, in advance,to everyone who has donated, procured prizes, blogged about, tweeted, Facebooked and told their friends about our efforts!

Our fundraiser launches on Monday, November 30th and will run through December 21. Through $10 donations, you can bid on prizes and help us reach our goal – changing the lives of a new generation of Cambodians forever.

Happy Thanksgiving to you and yours.