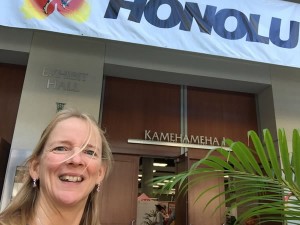 I’ve been training for the Honolulu Marathon for about eight months now and the time has come to finally run this baby! The race is on December 13. Two days from now.

I know some of you have been following my training runs and races via Facebook. But if you haven’t seen my updates there (why not? please friend me if we aren’t already), here’s a bit of a rundown on how I’ve trained for the past eight months or so after I made the decision to run a marathon.

.
I hired a running coach. I’m sure I could have prepared for the race without someone providing me with a weekly running schedule and suggested paces, but the truth is that Coach Michele did much more than that for me. In her quiet way, she held me accountable for my runs and guided me through the times I shouldn’t run because I was injured or tired. She set my weekly running mileage, my paces and through track workouts and tempo runs, has me running faster and farther than I would have had I not had her gentle hand pushing me.

.
As most of you know already, when I make a decision to do something, I go all in. I figure go big or go home. So training for a marathon wasn’t just about the running for me.

I now subscribe to running magazines (Runner’s World and Running Times), read books about nutrition for runners, listen to podcasts (mainly, Rich Roll) about optimizing my body and mind and talk to lots of other runners and athletes who are on the same wavelength as myself.

While I think my actual running was important to getting to this point, learning about running 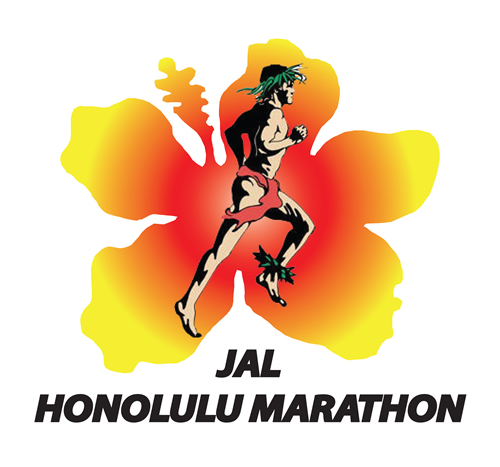 and tuning into my body before, during and after runs was equally as important. By doing so, it allowed me to understand what was working for me. This included consuming recovery drinks post-run, eating Gu gels every 30 minutes during a long run and making sure I am hydrated enough throughout a run, no matter the distance.

I also learned what didn’t work. This included running the following day after a long run (I needed that time to recover) and doing a P90X legs workout the same day I had a difficult track workout scheduled.

I took notes, mentally and literally, and tried to do more of what worked and less of what didn’t. For anyone who is thinking, “Duh, of course you should do that!” This strategy is easier said than done. Just think of all the times you started and abandoned a diet – LOL.

All the right stuff

.
You don’t need fancy gear to be a runner. But I discovered that treating myself to some fun new running tops and accessories (such as a running belt for water bottles and loading up my iPod with some awesome music) made the medicine go down a bit easier. 🙂

I also played around a bit with finding the right running shoes. I started out with Vibram Five Fingers, which I really did/do love for shorter runs. But when I got into doing longer runs, I found that my feet were getting tired. I then moved over to Pearl Izumi’s and have stuck with them ever since. These are zero-drop/neutral shoes which are pretty much the next step up from the barefoot/five finger shoes which seem to have fallen out of favor for many people. I have to say that I am intrigued by Luna Sandals created by Seattleite, Barefoot Ted. I will get to his store at some point to try these on and check them out. Perhaps for my shorter runs.

As far as what goes into my ears during a run, I usually listen to podcasts on shorter runs, either Rich Roll or Marc Maron’s WTF podcast. I know a lot of people run without listening to anything and say that ideas come to them during these quiet moments. For me, I always glean insight from these two podcasters which spurs on my own creativity.

For long runs, I must listen to music. I’m a big music nut and love to dance so listening to fast-paced tunes during a run just makes me feel like I’m dancing. (I’ll share my playlist post-race.)

.
Earlier this year, I was running into all sorts of issues including ITB Syndrome, plantar fasciitis and and some MCL pain. I won’t go into the details of what these are but suffice it to say that at some point, I thought these were going to sideline me from running. Not only the Honolulu Marathon but running in general.

I managed to get through these issues with some aspirin and rest and am happy to say that I haven’t felt any aches or pains in the past six weeks or so.

But I should note that I started doing a number of things that I think helped limber me up and aid in recovering from these issues. Now, before I head out on a run, I do some PT exercises that help strengthen my glutes. I also foam roll my IT band (the exterior of my upper legs), my thighs and my calves. I also do yoga about once a week to help loosen things up.

Oh, and I regularly get massages. At first it was every other week but now I’m down to once a month.

A friend (thank you, Jan!) also introduced me to the MELT Method balls which I use for my feet and which, I swear did away with my plantar fasciitis.

After my runs, I drink a recovery drink to help replenish my body with needed carbs and protein. Specifically, I drink a shake that includes almond milk, a half of a banana, strawberries, protein powder, spinach, maca powder, turmeric, cinnamon and, sometimes, a dash of cloves.

After a long run, while drinking my shake, I put my feet up and put ice on my knees to help keep the inflammation down.

There were a few times when my knees were sore enough that I needed to take some aspirin during or after a run, but in the more recent months that hasn’t been an issue (I attribute my lack of pain to the foam rolling and massages).

The reality of running

While I admit that I put a more money into my running habit this year than I anticipated I would, it doesn’t have to be that way. It’s possible to prepare yourself for a marathon by reading books and websites and following one of the many formulas out there for weekly mileage.

Massages are not a requirement but helpful. My insurance does not cover massages so I joined a membership club in my neighborhood where I pay a monthly fee of $60 which gets me one massage and additional massages (for both me and Jon) at $50/each).

No runner should be without a foam roller. This is the singular item that really saved my legs, feet and knees this year.

As for the clothes? I have found some great deals for items on sale in stores and find that consignment shops can be a great place for tops and shorts.

It takes a village

Despite his slight jealousy that I can run and he can’t due to some bad knees, I would not be as avid about this sport without Jon’s support. He wishes me well when I walk out the door, he picks me up at the end of a long run (and I buy him coffee!) and rubs my feet and legs when 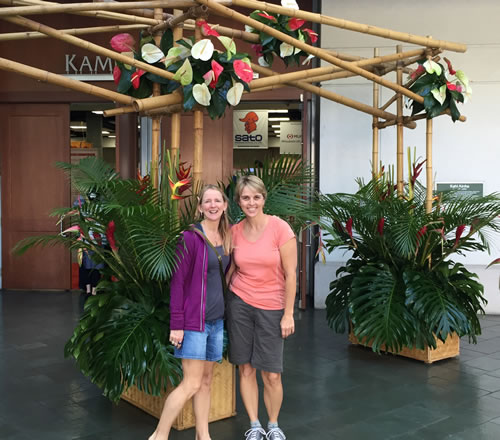 I get home. He also came to Hawaii with me (poor guy!) to crew for me here at the Honolulu Marathon.

Having his support as well as a coach and a group of runners that I train with each Tuesday night, has made this a really fun time for me.

And, I get to run this race with Carmyn who has taken several WanderTours with me and is now a dear friend. So glad you made it, Carmyn!

I can’t wait to find out what next year has in store. That is, beyond the Tokyo Marathon which I’ll be doing in February. 🙂

By the way, if you’ve made it this far in the post and it’s before December 13, you can follow me during the marathon on the Honolulu Marathon app. My bib number is: 12788.