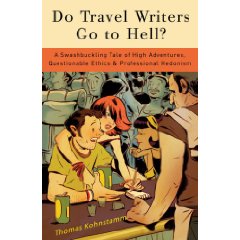 Thomas Kohnstamm may be going to Hell but he’s certainly going to have fun along the way.

Thomas is the author of Do Travel Writers Go to Hell: A Swashbuckling Tale of High Adventures, Questionable Ethics and Professional Hedonism.

You might recall last year all the flap over this book. Media outlets picked up on the fact that this Lonely Planet writer (gasp) made up and researched from his desk at home some of what he wrote when the impossible amount of research and meager budget he had didn’t quite fit with the schedule he needed to keep. OK, so that does sound pretty crappy and I admit that I was a little surprised when I first heard the stories last year.

Then I met Thomas in Seattle.

Then I read his book.

My conclusion is that Thomas is actually an OK guy and that his book is flat out funny. So, in an effort to give a little attention to this much-aligned book, thought I’d bring you a little Q&A with da man himself.

But, first, here’s a little excerpt from the Lonely Planet website I found on a page about Thomas. This specifically addresses what they pay their authors. “Thomas claims he was not paid enough by Lonely Planet to do the job without shortcuts. While we ask a lot of our authors, we lead the industry in the fees we pay, and are committed to a yearly review of author fees.” Hmmm. I like LP guides but this doesn’t exactly build my confidence that they are paying their writers adequately. But we all make our own decisions on the jobs we choose, even “dream jobs”, like being a guidebook writer.

Q. You’re obviously a talented writer. Not because you can research an LP guidebook from home but because you can weave one awesome memoir into a laugh-out-loud story. Why then, would you make yourself look bad by exposing that side of travel writing and your participation in it?

A. I originally set out to write a story about post-collegial/middle-class expectations and what happens when you jump off that merry-go-round and try to follow your true dreams. There are a lot of books out there about someone running away from their 9-to-5 life and finding perfect bliss in a small Mexican town or in a home in the Tuscan countryside. However, my personal experience was significantly different. I found that it wasn’t all about a nice, happy ending, but that there were significant trade-offs. Life is always complicated and power and money always corrupt whether on Wall Street or in the seemingly innocuous world of travel writing. 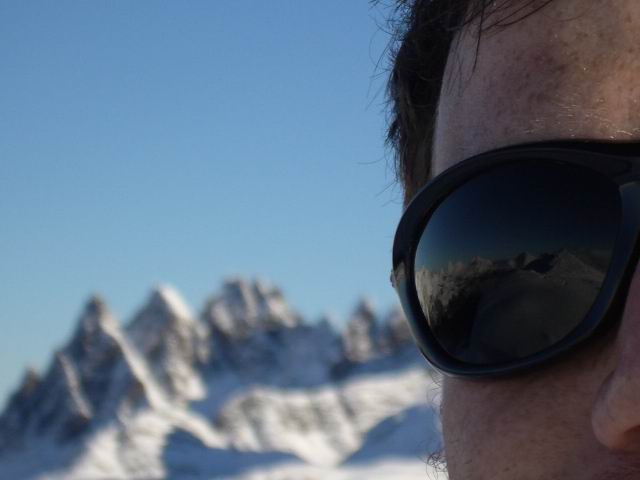 Q. I’ve heard from several LP guide writers who told me they loved your book. That surprised me as I thought they might be offended because it made them look bad. (It turns out that the travel writers I mentioned it to whom hadn’t read it, didn’t like it!) Why do you think these writers found it so likable?

A. As for those who liked it: I think that most travel writers have a sense of humor and are adventurous folks who appreciate a good story. Also, I don’t think that the book makes them look bad. The title of the book is more damning (no pun intended), than the content. The book was originally titled The Parachute Artist, then The Low Road and after a knock-down drag-out fight with the publisher over the title, I capitulated on Do Travel Writers Go to Hell? (trust me, the other choices were much more egregious).

There is clearly a disconnect between what people assume is in the book and what is actually in the book. It is funny that a number of writers hate me for my supposedly poor journalistic ethics, but they are often railing against something they have never read.

Q. We’ve met, you and I, and you are very likable. But, there was a lot of flap over your book and I can see how some people, particularly guidebook publishers, would be angry with you. Have you received lots of hate mail and, if so, how do you deal with it?

I am from Seattle and grew up with the Pacific Northwest affliction of thinking that it is a horrible thing to offend anyone for any reason. So, it did take some emotional readjustment on my part. However, even if you write the most vanilla book in the world, there will be people who hate you for writing something that is bland. Yes, I had a fair amount of controversy (some founded on the actual content of my book, much not), but some level of backlash is an inevitable part of the publishing process. Moreover, people feel particularly empowered to criticize and be hysterical while hiding behind the safety of their computer (I think that hate mailing taps into the same venting mechanism as road raging). I have tried to learn to accept constructive criticism and tune out the rest. 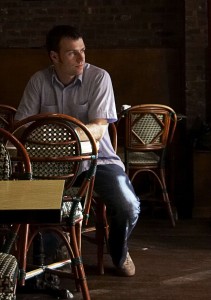 Q. When you were writing the book, did you know it was going to be in the genre of Hunter S. Thompson? I know you’re young but is that the sort of legacy you’d like to leave or is there a tamer Thomas-Kohnstamm-the-writer eager to break out?

A. My plan is to write a self-help book about my relationship with a rascally pound puppy. It will also double as a low carb diet plan.

Otherwise, I am toying with writing a novel.

Q. I can say for sure that on paper I’m quite a bit more bashful than you. The thought crossed my mind often as I was reading, “Did your mom read the book?” What did she say?

A. LOL. I’m a big momma’s boy, as in talk-to-my-mom-on-the-phone-at-least-once-a-day momma’s boy. She was particularly concerned about my drinking in the book, but she’s a big traveler too — traveled around the world in 1968-69, spent time in Istanbul, Kabul, Karachi, Goa (when Goa was first on the travelers’ radar), and saw some pretty wild stuff. So, while she wasn’t keen to hear the story from her own son, she wasn’t too shocked by the story itself.

I felt it necessary to not sugar coat things about myself in the book. I think that if you are going to make unvarnished and perhaps controversial observations about the world around you, you must also be honest about yourself and your role in it. Otherwise, the whole story is disingenuous.

Q. What’s next in the word of writing for TK? You’ve obviously got a lot to say.

A. I have just finished the second draft of a screenplay. I know that everyone claims to be writing a screenplay and thinks that it is a relatively easy thing to do, but it was the most difficult thing I’ve ever written (made my book and my MA thesis seem pretty straightforward by comparison). It is not the same story as my book, but is about a writer and has an international component to it. I am in the early stages of working on a second book (not the one about the puppy quite yet), but I will have to see what happens with the screenplay first.

Read my travel blog on at the Seattle Post Intelligencer.

Join other Wanderlusters and help make this the most popular women’s travel blog by subscribing via email or RSS feed.