When many of us think of vultures, we envision ubiquitous scavengers. They’re not as pretty as hummingbirds or as majestic as eagles, but these bald, bizarre birds are certainly everywhere, at least in America. But International Vulture Awareness Day is helping to raise the profile on a little known crisis in Asia: the near extinction of this ecologically vital bird. 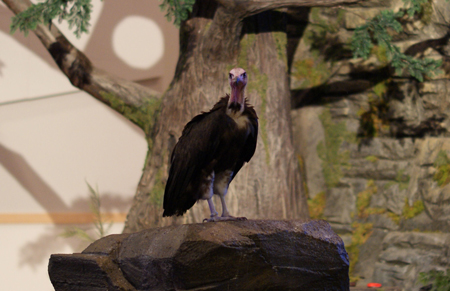 So how did such a common creature become endangered? Unlike many tales of extinction which have humans hunting animals with reckless abandon or encroaching on sensitive ecosystems, this is a sad story of unintended consequences. Hindus consider cows to be sacred, so in India, people rarely eat beef. Instead, once a cow dies, white-rumped vultures have historically consumed the carcasses in the fields. However, because these cows are sacred, they are treated with the best possible care, which includes anti-inflammatories for old cows with arthritis or other health ailments. Unfortunately, one drug released in the 1990s called diclofenac is acutely toxic to vultures; just one cow that consumed the drug during its lifetime can kill upwards of fifty vultures. As a result, the vulture population has dwindled from around 80 million to only a few thousand.

The decimation of vultures has far-reaching consequences. Because vultures can digest and neutralize a host of toxins, disease now runs rampant in uneaten carcasses. The lack of vultures has also given rise to packs of wild dogs, which spread a myriad of illnesses, including anthrax and rabies. As a result, approximately 30,000 people in India die every year of rabies, more than any other place in the world. Additionally, whole cultures have had to adapt their customs. The Parsi tribe has traditionally placed bodies on altars to allow vultures to carry their loved ones into the heavens. With so few vultures remaining, the bodies must be disposed of via other less eco-friendly means. 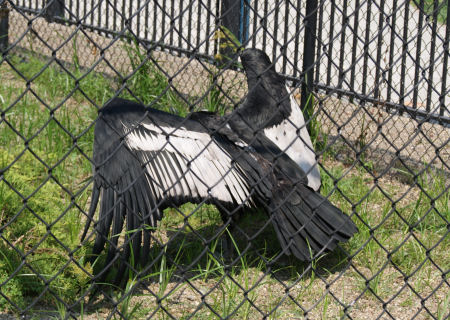 But the vulture isn’t down for the count yet! Diclofenac has been outlawed in India, Nepal, and Pakistan, and alternative vulture-safe NSAIDs have been introduced to help ailing cows. Feeding stations where vultures can consume drug-free carcasses have also been set up in the affected countries. There’s a long way to go and a good chance that populations will never return to the same levels, but it’s still not too late to keep the vulture from extinction.

While the official Vulture Awareness Day isn’t until the first Saturday in September, the National Aviary in Pittsburgh celebrated the occasion a few weeks early with a whole weekend devoted to the bird. There was a vulture digestion station that simulated the battery acid stomach that allows vultures to destroy toxins along with an “I love Vultures” button-making station. Patrons could also “Adopt-a-Vulture” through the Aviary’s fundraising program, and the staff shared plans for the brand-new condor compound that will break ground in the coming months. 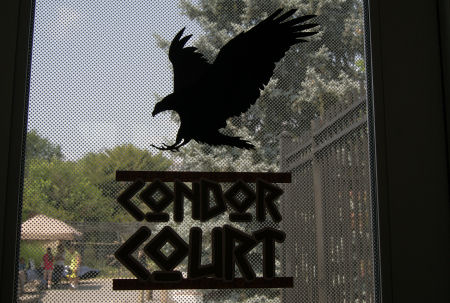 On a personal note, I realized for the first time that vultures are incredibly adorable. Yes, adorable. In the “Meet Our Hooded Vultures” presentation at the Aviary, the audience got to see Kumasi, a darling African vulture who opted to prance around the corner to make his debut. Although vultures don’t have quite the same expressiveness of domestic animals, the trainer noted that Kumasi’s face was turning pink, which meant that he was excited to have his handler talking to him. After all, even vultures like attention. 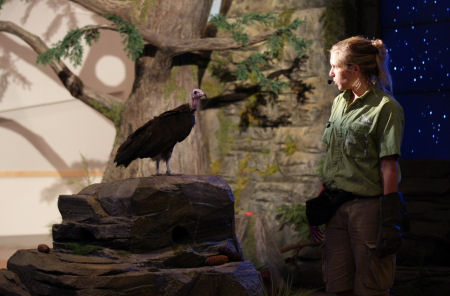 For now, the vulture crisis hasn’t reached North American populations, so don’t start worrying about your local turkey vultures quite yet. However, it’s still an important lesson to consider: even the most seemingly benign change in an ecosystem can wreak devastating results. And while they’re not most people’s favorite bird, the vulture is an undeniably vital part of the food chain. Plus, when it comes to weird wanderings, you’ll rarely meet such an offbeat creature.

With parents who married on Halloween, Gwendolyn Kiste calls weird her birthright. A lifelong devotee to the horror genre and all things odd, you’ll find her visiting any place that’s fun and unusual. Ghost tours, bizarre museums, and historic (and haunted) landmarks top her list of favorites. When traveling across America, she loves to discover the off-the-beaten-path attractions, which might include a Pez palace or an apparition-friendly B & B. More often than not, her husband and cat go along for the ride, a new-fangled Addams family for the Twitter generation.