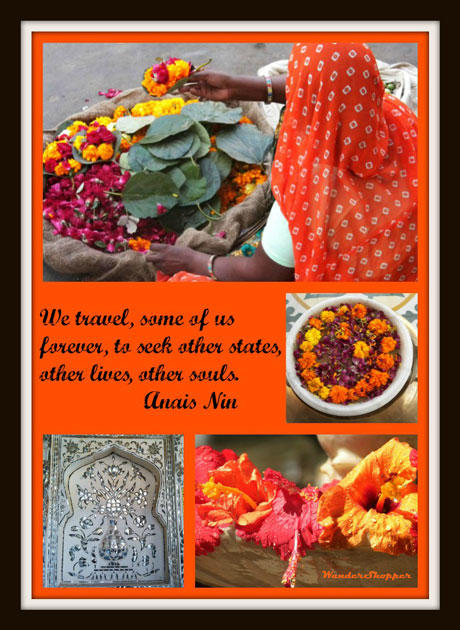 Today on WanderQuotes, we honor Anais Nin. A writer of novels, essays, short stories and erotica, Nin was mostly unknown until the 1960’s. The increased interest in the feminist movement also brought attention to Nin as women looked to her as a model of how to express themselves in all aspects of their being. Much of her writing was published after her death in 1977 including many of her diaries which she had written in for over 60 years.

Nin was born in France to a Cuban father who was a composer and a pianist and a French and Danish mother who was classically trained as a singer. Living in Europe during her early childhood, Nin left with her mother and brothers for America after her parent’s divorce. Her first husband was Cuban and they moved to France where Nin began writing. She used her writing as a way to explore herself as she did her in therapy sessions. Nin was close friends with many writers and sometimes even their lover. Her relationship with Henry Miller was the subject of a journal and later a film, Henry and June. It is said that they first wrote erotica to earn extra money and it had begun as a joke.

The writings of Anais Nin made their way around my dorm while I was in collage and I still remember the excitement of heading out to see Henry and June when it opened. If you have not had a chance yet to read some of her works, you may want to check out the Anais Nin Offerings

In today’s quote, Nin encourages us to use travel as a way to explore ourselves. What have you learned about yourself through travel?