Home / Parenting / Travel Alternatives – Inviting The World Into Your Home
« Which Social Media Platform Should I Use? |
Main
| Monday Dreaming Of Extended Travel »

As the summer winds down and the school year starts up again with a vengence, I can’t help but stop a moment and think of how much the school calendar restricts the travel plans of many families. So I offer an alternative: sometimes it’s fun to invite the world into your home. I don’t mean by reading books, watching movies or even just talking about other countries. I’ve had plenty of fun doing all of these with my children, but last summer we hosted two Japanese exchange students and this is the experience my boys are still talking about. 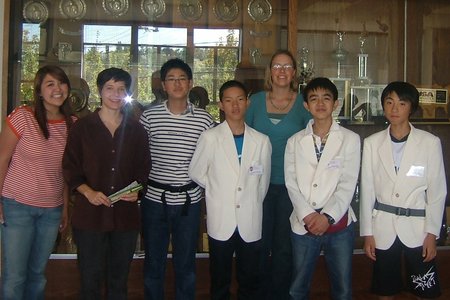 Two of the boys in the photo above stayed with us for ten days. I’ll be honest, it was a challenging week-and-a-half. No-one in our family speaks Japanese and their English was halting at best. The kids were intrigued by each other and played well together but cultural differences flashed, if briefly, every so often – although nothing that a common love of Nintendo couldn’t resolve 🙂 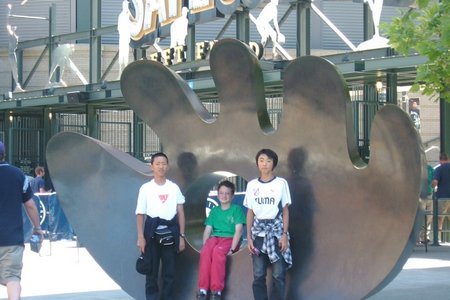 As you might expect, the Japanese boys were huge baseball fans. In his capacity as host, my young Irish-American tolerated just one game with them at Safeco Field. Language aside, I think he might have learned more about the game from them than he ever did from either of his parents.

Food was the most challenging aspect of the visit. Since I’m the one who does most of the cooking in our household and my culinary skills are really quite limited this was hardly surprising. One of the boys willingly tried everything I offered. The other was obviously a fairly picky eater and barely ate anything. As any mom charged with the care of another’s child might, I lay awake worrying about this. So, on their last night as our guests we went to a sushi restaurant. I can honestly say that I’ve never seen a kid put away so much sushi at one sitting! 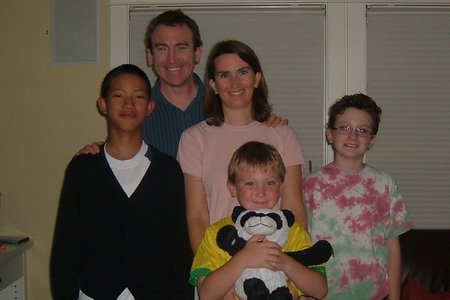 We hosted these boys under a summer program sponsored by American Cultural Exchange. We replied to a request for host parents which had been sent out to the parents at CAM’s middle school. Have you hosted an exchange student? How did you find the program? Did you have a good experience? Leave a comment with your story.