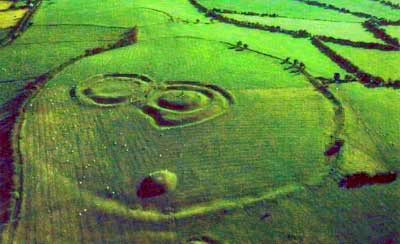 I grew up in a rural Irish town next to Tara, the mythical capital of Ireland. Today, Tara doesnâ€™t look like much – all thatâ€™s left are the impressions much older structures left on the landscape. All the same, it doesnâ€™t take much for me to imagine what Tara would have been like at just this time of the year many centuries ago, busy with preparations for the Celtic New Year fest of Samhain (sow-an). On ‘OÃ­che Shamhna’ (ee-ha how-na), the eve of the feast of Samhain, the Celts believed that the spirits of the dead roamed the earth. We know this celebration as Halloween.

On the first Halloween I spent in the U.S., I remember being quite stunned by how seriously people took the holiday: wearing Halloween-themed clothing, diligently carving pumpkins with elaborate designs and festooning their houses with all manner of gothic dÃ©cor. Such a change from the Halloween traditions with which I had grown up. Iâ€™m intrigued by how some of the original traditions have survived over here and some have been dropped altogether. 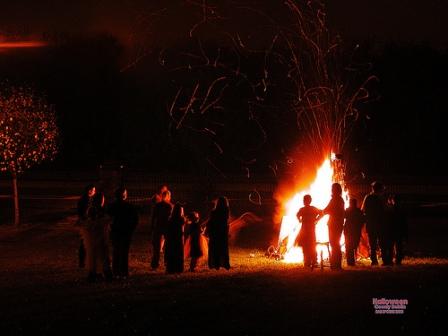 The most important part of Halloween when I was a child was building the bonfire. Traditionally, bonfires were built to ward off evil spirits. Not that this mattered in my neighborhood. Impromptu groups of kids who wouldnâ€™t usually even speak to each other coalesced to build the biggest possible pile of combustible materials to burn on Halloween night. Rivalries between neighborhoods were challenged and reinforced in daily â€˜bonfire collectionsâ€™. Playground bragging rights were awarded to the group with the biggest bonfire and the bonfire which burned the longest. As a Mom Iâ€™m relieved that this particular tradition doesnâ€™t enflame passions in the U.S.

Traditionally, turnips were used as Jack O Lanterns. If youâ€™re not familiar with turnips, theyâ€™re dense root vegetables popular in the British Isles. And by dense, I mean knife-dulling, wiry and fibrous. No way you can slice through this puppy and scoop out the insides. They are possibly, maybe, suitable as replacement heads for scarecrows (a la Worzel Gummidge). Pumpkins make much, much better Jack O Lanterns. Trust me on this one.

I do miss Irish Halloween food traditions: Barnbrack and Colcannon, nuts and apples. I can understand why Colcannon isnâ€™t popular since letâ€™s face it, cooked cabbage is a truly stinky vegetable. But I think thereâ€™s room for Barnbrack. Itâ€™s a neat tradition: fortune-telling gifts hidden within the bread. Find a coin and youâ€™ll be rich; find a rag and youâ€™ll be poor; find a thimble and youâ€™ll never marry; find a ring and youâ€™ll fall in love within the year. Truly old-fashioned, I know, but a great source of excitement around my Momâ€™s table every year. Maybe Iâ€™ll take my un-domesticated, culinary-challenged self to the local grocery store and introduce this particular tradition to my kids this year.

This post is part of Angela’s Blogapalooza. Thanks for hosting this Angela and Happy Halloween everyone!