Well, not my camera exactly, the WanderDad’s camera. It was a Christmas gift from me to him, and it was the only camera we had with us on our trip to Italy. But it was stolen. 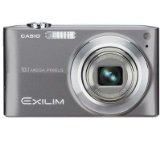 There’s nothing particularly remarkable about this camera. It’s a simple point-and-shoot, takes good photos, and is easy for even me (the non-gadget-geek in our household) to use.

The camera was stolen in Venice in June and I’m still mad about it. We had just spent five days in the city, relaxing and wandering, and generally getting to know our temporary home. Our kids were settling into the travel routine and becoming proficient in ordering their own food, drinks and gelatos in Italian. We had taken a ton of photos. This is unusual for us, we’re very in-the-moment people who are much more likely to bask in the sun watching our kids explore a piazza – just enjoying watching them play – than to even think about taking the camera out of it’s bag.

Perhaps a year before our trip, BigB had read Carnival By Candlelight and so, he was truly excited to visit Venice. I do think he thought he would see a flying lion. When we got to Venice, he was disappointed by the hustle of the vaporettos and the distinct lack of costumed characters in masks and flowing cloaks.

With a little digital photography magic, the WanderDad took a photo of him with the lion from Basilica San Marco in the background, making it appear as if they were standing side-by-side. And so began our photo journey through Venice. The kids posed and preened in all kinds of places. We avoided much of the usual tourist paths through the city and instead wandered around the neighborhoods, exploring and photographing as we went.

And then, the day before we left, we ate an early dinner in a little pizzeria just off Campo San Angelo. So early the pizzeria was practically empty. When we were done eating and had paid, we gathered up our things and left – leaving the camera bag behind. We realized the mistake within 30 minutes and rushed back to the pizzeria – which was no busier than when we had left it. But the camera was gone. I could rant for a moment about the probability that the camera was taken by our waiter and how dishonest it was for him to plainly lie when we returned asking if he’d seen the camera, but I won’t.

Instead, I’d like to take a moment to praise the Found Cameras and Orphan Pictures blog. Matt Preprost, the owner of this website, posts photos from found cameras and memory cards weekly on this site. You can search for your lost camera or photos using the location in which it might have been found. There’s an interview with him on how he came up with this idea on YouTube. It’s a great use of technology and the internet. Yes, it is like having a giant lost-and-found board, but it’s also an admirable way to reunite people and memories.

My request to you ? Spread the word. We’re not likely to ever be reunited with our Venice photos (since they haven’t shown up as yet), but knowing about this service can only make it better and that, may one day, help you or someone you love.

This post is part of the Monday Dreaming series by MotherOfAllTrips.