Whether you’re invited to a holiday party or you’re meeting up with friends to celebrate the season, a great way to add some fun to your gathering is to sample some delicious craft beers. And winter offers some of the best choices—at least it does for this stout- and porter-loving drinker. So be sure to check out some of these new winter releases from breweries around the country. They’ll help keep you warm on a cold, snowy night. 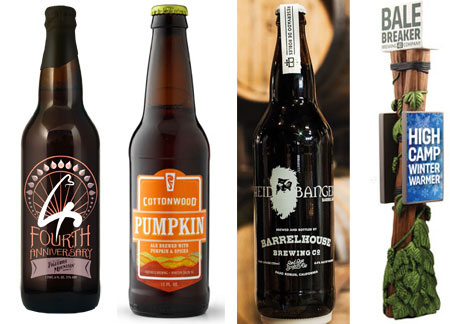 4th Anniversary Belgian-style Abbey Quadrupel
Figueroa Mountain Brewing Co.
Buellton, California
Crafted in the traditional style of Trappist monastery breweries, this dark brew was aged in oak barrels with figs. The result is a heady ale with dark fruit aromas along with deep caramel notes and a deep malt backbone. The delicate spiciness of the traditional Belgian yeast adds character along with influence from the oak barrels.

High Camp Winter Warmer
Bale Breaker Brewing Company
Yakima, Washington
Named for the ski lodge atop White Pass Ski Resort, High Camp Winter Warmer takes Bale Breaker’s signature hop-forward style to a slightly darker side. Perfect for the season, this winter beer hits first with a malty backbone of spice and chocolate. Dry-hopped with Cascade, Centennial, and Mosaic, the hop character in High Camp bursts with pine and grapefruit. And at 7.3% ABV, this fireside sipper is sure to warm from the inside out.

Mothman Pale Ale
Greenbrier Valley Brewing Company
Lewisburg, West Virginia
The very first release from GVBC is named for the winged, red-eyed creature believed to have appeared multiple times in West Virginia throughout the ’60s. This medium bodied black ale has touches of roasted toffee and chocolate, and at 6.7% ABV, it promises to satisfy any hophead.

Moustache Ride Red
Flat 12 Bierwerks
Indianapolis, Indiana
A rich American amber with hints of roasted malt and very moderate hop bitterness, Moustache Ride Red is aged in a bourbon barrel with real vanilla beans. Its aroma is dominated by vanilla and bourbon with hints of caramel, grain, and chocolate. The flavor is smooth and rich, like cream soda with a slight alcohol kick.

Tarten Tent
Sunken City Brewing Company
Hardy, Virginia
This strong Scottish Ale is boiled long and fermented cool to give it a sweet and smooth caramel character. A winter seasonal, with 6.6% ABV, it is robust enough to keep you warm on any long winter night of camping or an evening closer to home.

Waterville Wheat
603 Brewery
Londonderry, New Hampshire
Brewed with an abundance of white wheat, Waterville Wheat is an unfiltered semi-dry American wheat ale. The nose shows a touch of fresh orange peel, while on the pallet you will experience subtle sweetness reminiscent of vanilla and orange, with an herbal profile from freshly crushed coriander.

Winter Warmer
Lancaster Brewing Company
Lancaster, Pennsylvania
This classic Olde Ale redefines the term full-bodied with its deliverance of complex and firm malt flavor. A blend of British and American hops provides an even bitterness as this beer, true to its name, finishes with a warming alcohol flavor.

Blizzard of Hops
Tröegs Brewing Company
Hershey, Pennsylvania
As winter slowly creeps in, Tröegs salutes hop growers who process and ship hops around the world. Enjoy the fruits of their labor and savor sticky notes of citrus and pine with this revitalizing Winter IPA. Pair it with strong flavors like garlic, onion, and ginger; bold fatty cuts of meat; or spicy Thai dishes that use curry, coconut milk, and lemon grass.

Tunnel Vision
Mavericks Brewing
Half Moon Bay, California
This limited edition IPA is made from a combination of hops including Columbus, Centennial, Simcoe and Experimental Hop #5260. A strong, dry ale, it blurs the line between a single and a double IPA. 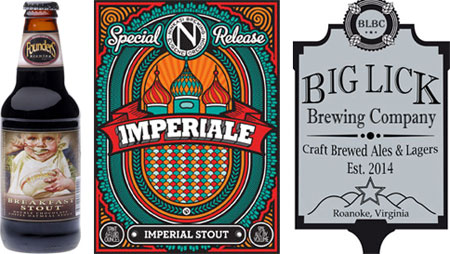