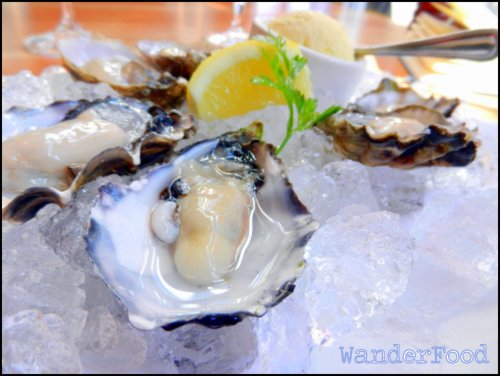 The first time I “shot” an oyster was at Southpark Seafood & Grill in Portland, Oregon, and despite the insanely great combination of sweet lemon gelato moderating the salt, I still felt like I had swallowed seawater by accident. Southpark Seafood is known for its commitment to sustainable and locally sourced menu, so of course, the oysters were from the Pacific. I thought that was just how oysters tasted, and that taste I had yet to acquire.

In fact, oysters vary in taste *significantly* depending on where they come from, and your taste in oyster is a lot like your taste in wine. Maybe you’re a Chardonnay person – maybe only a robust Chianti will do. And, like wine, if you don’t know exactly what to order in a restaurant, you can easily feel like a fool. Oyster regions are even described as “appellations.”

I still don’t know a lot about oysters, but what I do know is that I like P.E.I. Malpeques. They’re described as light, with a nice balance of salt and sweet, and they taste great with a squeeze of lemon and a little horseradish. My description is that they don’t taste like swallowing a mouthful of saltwater. I was introduced to these Canadian delicacies at The Shore Club in Ottawa (an elegant steakhouse whose chef deserves his own blog post) and to me the P.E.I. oysters tasted sweet, cold, fresh, a little salty, but most of all vibrant. I could have downed the plateful. 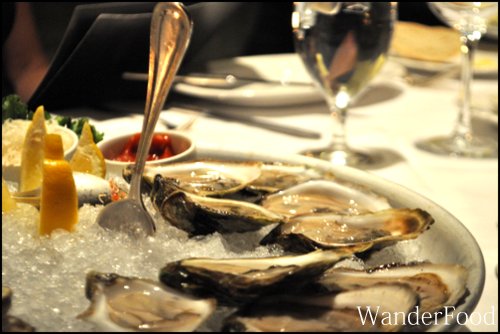 They had no fancy accompaniments like lemon gelato – just lemon wedges, hot sauce, and horseradish – but they didn’t need anything more. I don’t know whether it was the flavor, or the flavor combined with the excitement of finding a new food that I love, but I can’t get them out of my head. Thanks to The Shore Club for inspiring me to learn a lot more about oysters.