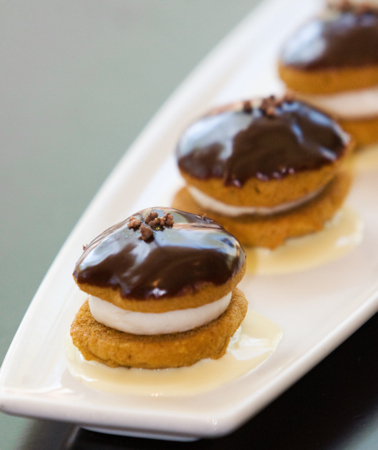 “Yes, the day came when I got down off my high horse and used Marshmallow Fluff in a recipe. And you know what? The world didn’t end.”

I didn’t write those words. But I could have.

Judy Rosenberg, author of one of my favorite baking cookbooks, Rosie’s Bakery Chocolate-Packed, Jam-Filled, Butter-Rich, No-Holds-Barred Cookie Book, like me, apparently has food snob tendencies. When my daughter read this Marshmallow Fluff quote in Rosenberg’s recipe for Pumpkin Whoopie Pies, she shrieked with laughter, “Mom! You have to make these!” 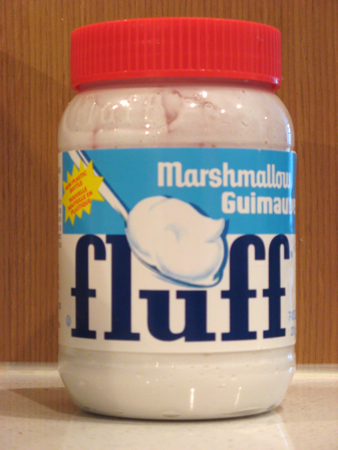 District’s Pastry Chef Winnona Herr shared her whoopie pie recipe, and they’d be an excellent addition to a Valentine’s Day meal, particularly if you glazed them with chocolate.

Chef Winnona’s Pumpkin Whoopie Pies
Adapted from District American Kitchen & Wine Bar
In the restaurant kitchen, Chef Winnona uses a 1-ounce scoop to shape the pumpkin cookies and a pastry bag to pipe the filling. Although the results won’t be as uniform or refined, you can simply drop the batter by rounded tablespoons onto the baking sheet and when the cookies are cool, spread the filling with a knife. 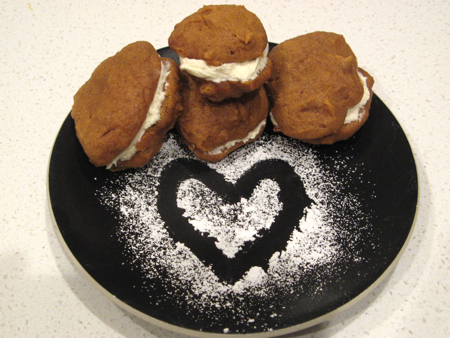 My pumpkin whoopie pies may not be as elegant as Chef Winnona’s, but — Marshmallow Fluff and all — they’re delicious.

And you know what? The world didn’t end.

P.P.S. Want to know more about whoopie pies? Read more on WanderFood, the New York Times, and the Food Network.