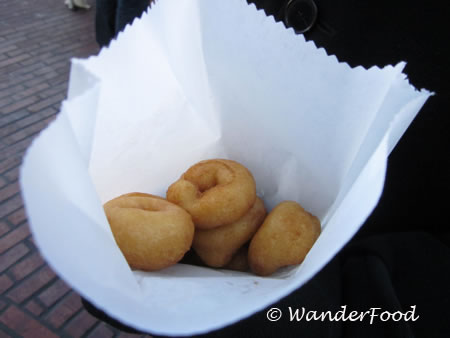 I like my donuts plain, fresh and piping hot.

And that’s exactly how they are served at the mini-donut stand at the Ballard Market in Seattle.

Each Sunday, Ballard Ave. is shut down to traffic and vendors set up shop selling fresh fruits and veggies, soaps, cheeses, crafts and… donuts! 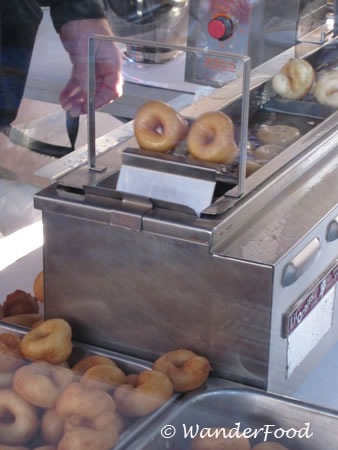 It’s a pretty hands-free operation as far as I could tell. Dough is measured out into little squirts, dropped into hot oil, the donuts are turned and out they get flipped into a waiting tray.

And they aren’t in there for very long as there’s usually a line of people waiting for their own bagful of donuts. 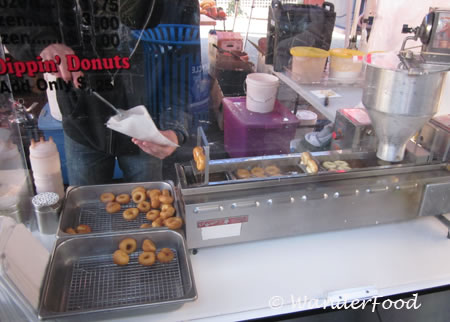 It’s quite ingenious, really. And so cheap!